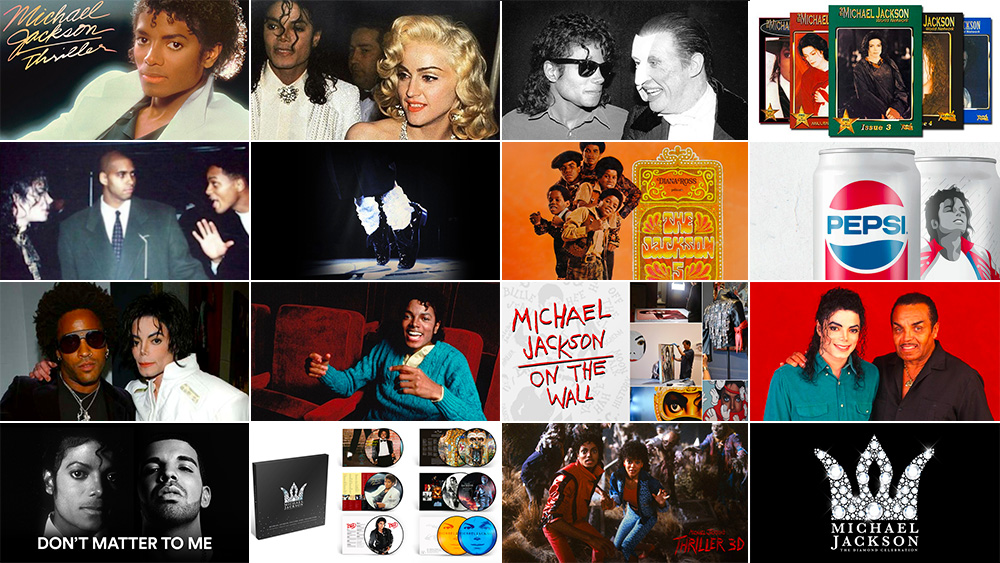 As we gear up to 2019, the year that will mark the 10th anniversary of Michael’s passing, we first take a look back at some of the top MJ news that made the headlines over the past twelve months:

6th March
Around the time of the 2018 Oscar’s, superstar Madonna posted on Instagram that when she attended with the event with Michael in 1991, it was “the best date ever.”
Read more

13th March
With the release of his memoir, ‘Unmasked’ and a new box set of his works, Andrew Lloyd Webber spoke about Michael during an interview with Rolling Stone.
Read more

24th March
MJWN was founded by Adrian Grant back on March 24th, 1998, which means we turned twenty this year!
Read more

22nd April
Hollywood legend Will Smith took to YouTube to share the story of his first and only meeting with the King of Pop as well as a photo of them together.
Read more

23rd April
It was announced that the original pair of loafers worn by Michael when he first moonwalked during the 1983 Motown 25 special, will now be available at auction.
Read more

7th May
The British Phonographic Industry announced that in 2017 ‘I Want You Back’ by the Jackson 5 was the most streamed song from the 1960s.
Read more

11th May
A picture of Michael performing ‘Beat It’ during the Bad World Tour appeared on a new Pepsi can for the soft drink’s #PepsiGenerations campaign.
Read more

27th June
Michael’s father Joseph Jackson, who managed the Jackson 5 and Michael’s early career, passed away at the age of 89.
Read more

7th July
The surprise new song by Drake debuted at number two on the official UK charts and quickly became one of the most streamed songs of the week.
Read more

23rd July
Sony Music announced it was releasing a special limited edition picture disc edition of the six core albums by Michael in honour of what would have been his 60th birthday.
Read more

29th August
Sony followed up the picture disc release with an exclusive megamix by producer Mark Ronson and along with the Michael Jackson Estate, threw a huge party in Las Vegas.
Read more

21st September
IMAX started to screen the newly remastered version of Michael Jackson’s ‘Thriller 3D’ for one week only ahead of the movie ‘The House with a Clock in Its Walls.’
Read more

1st November
Forbes announced Michael was once again the highest-paid dead celebrity, earning $400 million in the last year; more than double all the rest of those in the top 10 put together.
Read more

20th November
After ‘Moonwalker’ coming to Amazon Prime streaming in January and ‘Ghosts’ in July, ‘This Is It’ makes three out of three, having its US streaming debut on Netflix.
Read more