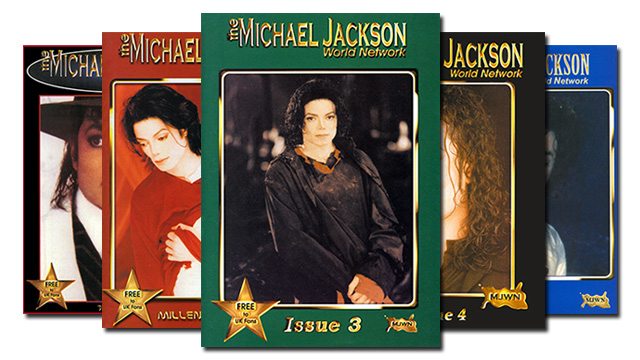 MJWN was founded by Adrian Grant back on March 24th, 1998, which make us 20 today! We would like to take this opportunity to thank you, Michael fans, for your support and contributions over the last twenty years – We couldn’t have come this far without you! Thank you!

We would also like to take this opportunity to thank all past and present team members. Thank you for all the time and hard work you’ve put into making this club a success. You’ve all done an amazing job!

Over the next week we’ll be sharing stories from team members both past and present as they recall their time working with MJWN along with some of their favourite Michael memories. Today, we start with our President Jayne Ross, who from the very beginning (and beyond) has helped build MJWN to be one of the largest Michael Jackson fan clubs in the world.

It’s hard to believe that it’s been twenty years since we launched MJWN. Where does the time go? I remember Adrian calling me saying he was going to create a new club and asking me if I wanted to be a part of the team. Joanne joined shortly afterwards and the three of us started out again from scratch joined shortly after by Lyn, Michele, Henry and Dave. I was one of the first into MJNI when that started out too, but, from what I understood, this was going to be different. It was going to encompass all the usual things you envisaged from a fan club in the 90’s, newsletters, merchandise and later a phone line, which Lyn made a great job of updating, but it was different as it was all based around the internet. Yes we’d used emails previously, but most of our communication had been over the phone or via fax, so it was different from the beginning and we had to find new ways of doing things via a website which Joanne had a major role in setting up.

A year or so after setting up the club, Adrian decided to move forward with his various projects and handed over the reins to me. I was unsure at the time if I could do it and told him so. “You’ll be fine,” he said, and yes I have been fine. I still don’t like being ‘out there’ in the President of MJWN role, because that’s not me. I feel I’m just like everyone else…a Michael Jackson fan.

Over the years, we have been involved in many Michael related events:

During these events there have been some funny moments too. During MJ Day 10 Joanne, Lyn and I were lucky enough to be situated at the side of the stage. Michael was watching from what can only be described as a gazebo or “tent” as they called it back then. At one point Michael left to go back to his dressing room for a couple of minutes and when he returned, he decided not to go back in his tent, but stand around with us. It was impossible for us to watch the show properly from this point. He kept moving from one side to the other, hobbling on his crutches around us. We all kept saying to each other…”Don’t look! Watch the show.” But it was difficult not to look when he was no more than two feet away. He knew that too because I could see him grinning out the corner of my eye at our antics.

Back to MJWN – Today we’re obviously not as busy as we were. Matt probably does the most, not only with his up-keep of our website and social media, but also by doing interviews with the media. It shows you actually how things have changed because he now lives in Seattle and Paula who does our news is in Australia and we somehow manage to make it work.

Yes we still get fan mail and from the mail we receive, there are a lot of fans who think Michael is still alive – What a nice thought! We’re no longer involved with magazines or phone lines, but there’s still a market for the newsletter, which to be honest, is surprising in this age of technology.

I cannot end this without saying a massive thank you to everyone!

You – Michael’s Fans – Have been amazing with your support and contributions over the past twenty years. Thank you!

Team MJWN – Past and Present – Thank you for your time, all the hard work you’ve put in and for those special memories!

I would also like to take this opportunity to thank everyone we have worked with from the staff at MJJ Productions, Sony Music right through to MJ Online and Michael’s Estate. We have really appreciated your support, thank you.

Also a big thank you to those who run or have ran other Michael Jackson based websites and fan clubs. Especially Deborah Dannelly of MJFC, Luigi Pedone of MJJ Magazine and Marijke Paesen from The Magical Child.