About The Fan Club 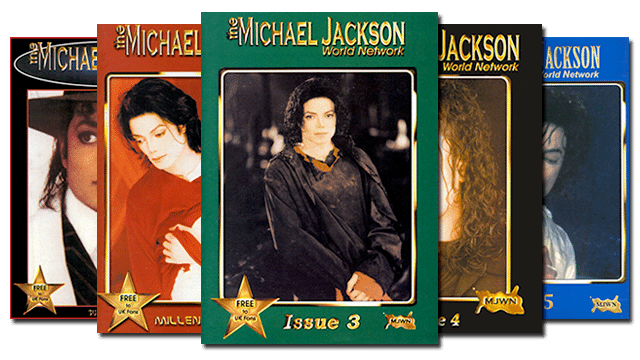 Since the beginning, we have been supported and encouraged not only by Michael’s fans, but by a wide range of Michael’s business contacts and of course Michael himself. He regularly received our brochures and newsletters and we passed on thousands and thousands of fan letters and gifts we received for him.

We were in the fortunate position of being supported by MJJ Productions, then later, MJJ Source, receiving their official ‘Seal of Approval.’ Sony Music too have been supportive in many ways including allowing us to hear and report on ‘Invincible’, ‘Thriller 25′ and ’Michael’ prior to their releases. Today, we are proud to still work closely with Sony on their various Michael related projects but in addition, we also work with Michael’s Estate who have been very supportive since we lost Michael.

We have produced five (A5) magazines, the first three of which we gave away for FREE to anyone who wanted a copy!

In 2004 we co-founded supportmichael.com along with the Italian Michael Jackson Fan Club CTE. We not only co-ran the website with CTE but also produced a full size glossy magazine with them.

We have supplied tickets for fans to attend:

* We co-organised this event with MJFC & TMC and were heavily involved in the Birthday Programme for the event.

Unfortunately there weren’t any tickets on sale for Michael’s Oxford Speech in February 2001, but we did attend and were also the only Fan Club invited to the pre-speech dinner.

Added to the above, we have supplied tickets, merchandise and assisted with the organisation of MJ Day 9 and MJ Day 10 produced by Adrian Grant. Michael attended the latter and one of our helpers even got chance to decorate his dressing room!

More recently we were invited to Montreal to see the rehearsals for ‘Michael Jackson THE IMMORTAL World Tour’ by Cirque du Soleil and also won a competition offered by Cirque for fan clubs selling tickets to the show.

Two questions we’re always asked are; “Have you met Michael?” and “Have you been to Neverland?” The answer to both questions is “yes!” Some of us have met Michael more than once and some of us have been to Neverland more than once, but we believe our meetings and trips are personal experiences that should not be advertised all over the Internet. Maybe at some point in the future we will share the odd story or two, but unfortunately most will be kept ‘In The Closet’ as they’re too precious to share.

MJWN has members in over 100 countries. We are a point of contact for all Michael’s fans. Whatever you want to say, we are here to listen. After all we are Michael fans too! MJWN is a Michael Jackson Fan Club, not a Fan Club based on the Jackson Family. Although we obviously respect Michael’s family and will mention them in the news with regard to any reference they may have made relating to Michael, we are not here to report their news, especially as many other websites already cover this.

With Special Thanks To…

Mr Michael Jackson – If you hadn’t graced our world then there wouldn’t be an MJWN. You are the reason why we do what we do and you’re still an inspiration to us all!