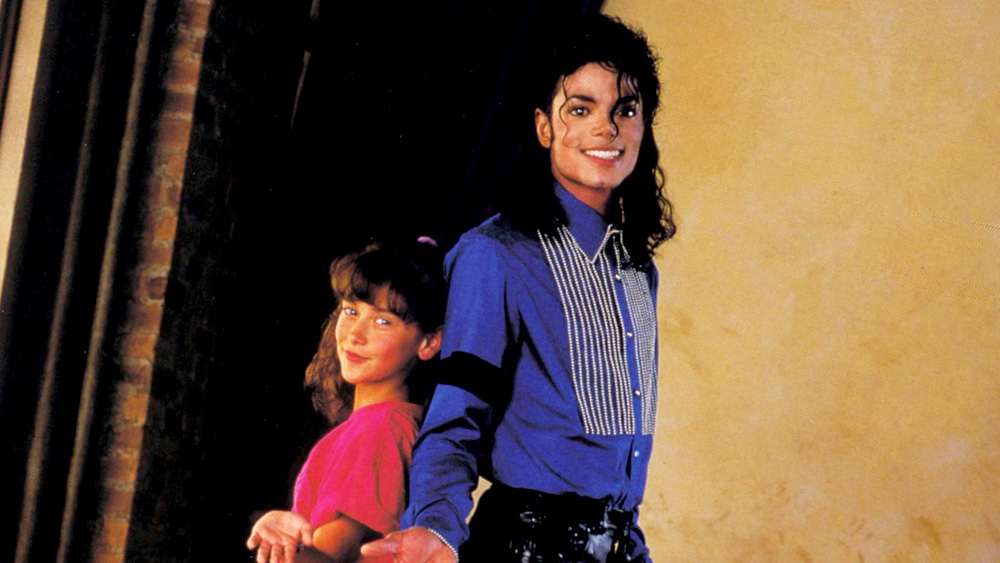 Actress Jennifer Love Hewitt has spoken to Jimmy Kimmel on meeting Michael Jackson, when she worked with him for a commercial in 1990.

Hewitt met Michael when she was just 10 years old when she was shot a commercial for LA Gear. She was never told in advance however that she was going to be working with the King of Pop!

“Thinking back on it, if I had been in my 20s, I probably would have, like, pooped my pants a little bit. Like, ‘Oh my God! I’m about to work with Michael Jackson. At 10, I was just like ‘Oh he’s so cool. This is going to be really fun.”

While working with Michael she even got to meet his famed pet chimpanzee Bubbles, who she said she gave a high-five to.

During their time on set, Hewitt danced with Michael, but she recalls her most memorable moment came after they wrapped. According to Hewitt, she had to leave the shoot to attend a charity function.

“He stopped at the end of the day [and] he was like ‘You don’t know how important it is that you’re doing something that’s special and important for other people,'” she recalled. “And he was like ‘Never lose that. Always be that person.'”

Michael even sent a cheque to the charity hosting the event and made it out in Hewitt’s name.

The two stars kept in touch after the commercial, with Hewitt even visiting Neverland Ranch and attended a Thanksgiving party at the famous home. She recalled there being a turkey, a ferris wheel and even a candy shop that gave out freshly baked chocolate-chip cookies. It was an experience she described as “incredi-cray.”

“It was amazing. It was, like, one of those big life moments where you’re like, ‘Wow this is extraordinary.'”

Watch the video of Jennifer talking to Jimmy: