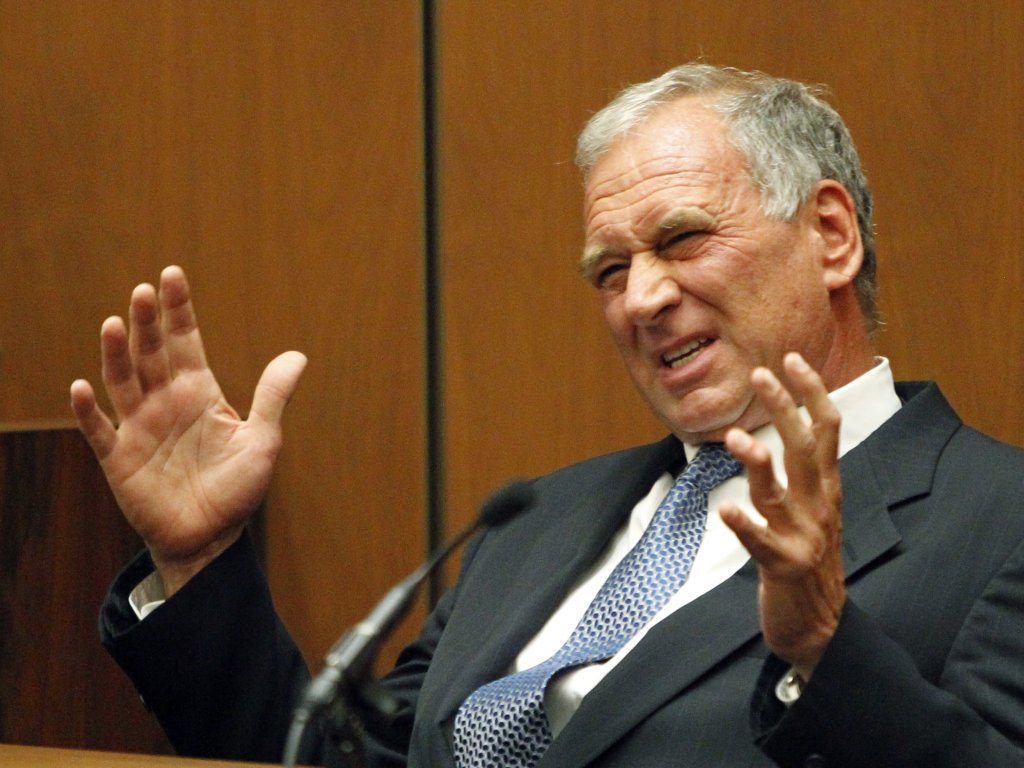 Jurors have been shown emails in which top company executives expressed fears about Michael Jackson’s health and the amount of time they had to get the singer prepared for his ill-fated series of comeback tours.

The messages were displayed Wednesday during testimony from AEG Live co-CEO Paul Gongaware, who at one point sent his boss’ assistant a message stating the show was giving him nightmares and causing him to break out in cold sweats at night.

Gongaware testified that he was joking, but it was just one of several messages expressing concerns about Jackson’s health. Another message from Randy Phillips, the top-ranking executive at AEG Live, wrote after one of Jackson’s missed rehearsals that, “we are running out of time.”

“That is my biggest fear,” Phillips wrote to Gongaware and the CEO of AEG Live’s parent company, Anschutz Entertainment Group, on June 20, 2009, five days before Michael’s death.

His testimony came under questioning by an attorney for Jackson’s mother, who is suing AEG Live and claims it failed to properly investigate the doctor convicted of causing her son’s death. Gongaware and Phillips are also named as defendants in the case.

AEG denies that it hired former cardiologist Conrad Murray, or could have foreseen the singer’s death. The company’s defence attorneys have not yet questioned Gongaware on the stand.

The company’s defence attorney, Marvin S. Putnam, said outside court that the emails reflect the company was concerned about Jackson’s health, and expressed those concerns to Jackson’s lawyer and manager before his death.

Jurors have seen numerous emails throughout the trial, including several sent by people working on Michael’s ‘This Is It’ comeback shows in which they expressed concerns about Michael’s health. Production manager John “Bugzee” Hougdahl, wrote Phillips in the last week of the singer’s life that Jackson was on a downward slide.

“I have watched him deteriorate in front of my eyes over the last 8 weeks” Hougdahl wrote.

Katherine Jackson’s attorney questioned Gongaware about whether the company put too much emphasis on the showbiz maxim, “The show must go on.”

Gongaware denied that was the case.

He told the jury that he was concerned about Michael’s health, but that he thought ‘This Is It’ tour director Kenny Ortega may have been overstating concerns about the singer’s wellbeing.

Phillips also expressed concerns about Ortega, writing to Gongaware’s private email address, “This guy is really starting to concern me.”

Gongaware testified Wednesday that he wasn’t sure who Phillips was referring to, and his boss may have been expressing concerns about Jackson or Murray.

Six weeks before Michael’s death, Gongaware sent an email to an assistant for the CEO of AEG in which he urged her to, “Pray for me. This is a nightmare. Not coincidentally, I have them now every night. Cold sweats, too. Life used to be so much fun…”

It was not an admission that he was concerned about Michael’s ability to do the show, he said. “It was just playing around, joking,” with AEG President Tim Leiweke’s assistant, Carla Garcia, he testified.

“Carla is an absolute babe and I was just chatting her up,” he said.

While that testimony drew laughter in the court, it was unclear how jurors and the female judge viewed it, because Gongaware also acknowledged his girlfriend worked at AEG.

Panish played for jurors a section of Gongaware’s deposition, recorded in December, in which Jackson lawyer Kevin Boyle questioned him about what he meant when he wrote to Ortega, “We want to remind him that it is AEG, not MJ, who is paying his salary.”

Boyle: “Based on the assumptions that AEG is your company and MJ is Michael Jackson, do you have an understanding of what that means?”

Gongaware: “No, I don’t understand it, because we weren’t paying his salary.”

Boyle: “So why would you write that?”

Gongaware: “I have no idea.”

Boyle: “Now, let’s go on to the next sentence. When you say ‘his salary,’ who are you talking about?”

Boyle: “Oh, but how do you know you weren’t paying his salary if you don’t know who we’re talking about?”

Gongaware: “I don’t remember this e-mail.”

Boyle: “Didn’t you just testify that ‘we weren’t paying his salary’?”

Boyle: “Well, whose salary were you referring to? Dr. Murray?”

After Gongaware began recalling in court Wednesday what he meant in the e-mail, Panish suggested it may be a case of “repressed memories” where “someone doesn’t remember something for three or four years.”

“You didn’t have any psychotherapy to remember what you wrote here?” Panish asked. “You didn’t like get put to sleep –” (Judge Palazuelos injected: “Hypnotized?”) “–to see if you remembered this?

The phrase most spoken during his testimony was: “I don’t recall.”

Gongaware’s repetition of “I don’t recall” several dozen times under questioning by Jackson lawyer Brian Panish eventually drew laughs from jurors, including when Panish began answering for him with that phrase.

After the jury left the courtroom Wednesday, Los Angeles County Superior Court Judge Yvette Palazuelos commented on the number of “I don’t recall” responses. “We’ve had a lot of that,” she said. “How much more of that?”

CNN exclusively obtained video of Gongaware’s deposition in the case, which was played to jurors Wednesday.

He is back on the stand for more testimony Thursday and Friday.