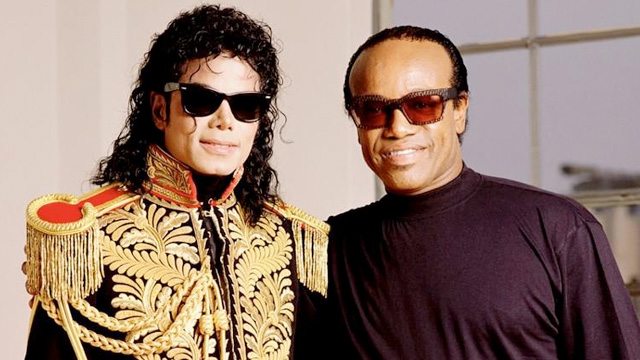 Gieves & Hawkes’ director of military tailoring in London recalls a visit from Michael in 1988 during the ‘BAD’ tour, and making him a perfectly wonderful uniform.

He explains, “My job typically involves me drawing up the uniforms for officers in the British Forces, as well as for crowned heads from around the world. I’m used to dealing with important customers.

One Monday morning in July 1988, a member of Michael Jackson’s team called about a uniform on display in the window of our flagship store. Mr Jackson had driven past No 1 Savile Row that weekend and spotted it.

We knew immediately what he was talking about: it was an official privy councilor diplomatic uniform. You couldn’t really miss it. He said Mr Jackson was in a hurry, although he didn’t specify why. In fact, he wanted one to be ready for the UK leg of his ‘BAD’ world tour: the Wembley Stadium shows were two weeks away.

Normally, it takes four months to produce a piece of bespoke military wear, so a couple of us went right around to his hotel. I had a maximum of 10 minutes with him.

You can imagine the situation: it was right before those concerts, so everyone was vying for his time and attention. He had a whole suite of rooms, and staff everywhere. When he saw the garment up close, he loved it, all that ornateness. He loved uniformed clothing in general.

We told him what extras he could add: he was very keen on having epaulettes and other decorations. The ones he chose were pretty grand. There are laws about impersonating military officers, although there’s nothing specific on civilians wearing military clothing. Nevertheless, we’re always very careful with our clients: we don’t want to upset the military. Somebody can’t just order a uniform for fancy dress.

I literally put the coat on him and cut away. He was famously thin. Incredibly so — tiny, with a 28in waist. In fact, that helped enormously with the fitting; you’d struggle to do a larger person in that time. It also suited his shape — it’s a very body-fitting coat.

Back then, we weren’t making clothes for many pop stars, so everybody got quite excited. We were very proud to be part of music history. We didn’t hear from Mr. Jackson again, sadly — although we do offer a wonderful after service.”