The King Of Style Review 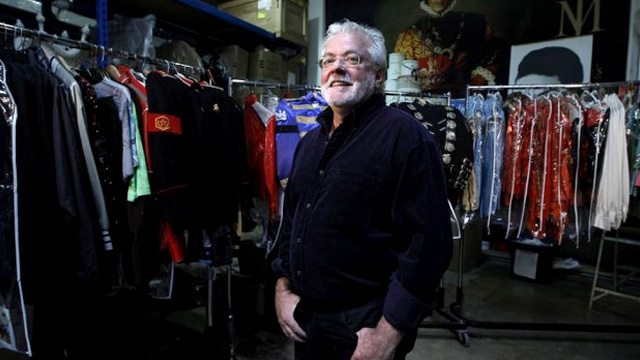 Here is another great review by Kate Allen. This time Kate is covering The King Of Style: Dressing Michael Jackson by Michael Bush.

The furore that arose following the inspection of autographed items belonging to Michael Bush that were put up for auction late last year, and subsequently many of said items were snapped up by one Lady Gaga, should be put to one side when reading Michael Bush’s account of dressing Michael Jackson from 1985 onwards. The King Of Style…should be taken on its own merit as a valuable source to learn about what is like to know Michael Jackson both professionally and personally.

Whilst The King Of Style…is full to bursting point with fussy facts that are sure to fascinate even the most ardent of fans (within the first few pages you will find out which jacket was Jackson’s all-time favourite) the account Bush gives is a deeply personal one.

Frequently victim to the childlike pranks of which Jackson was so fond, Michael Bush certainly switched between the role of employee and friend with his long-term boss. But alongside this portrayal of a carefree and fun-loving Michael Jackson is also that of a serious and shrewd employer. Bush reveals the often outlandish and challenging ideas Jackson presented to his personal designer and dresser and the strict, demanding deadlines he would impose on them. Yet it was under these high pressure conditions that Michael Bush and Dennis Tompkins created many of Michael Jacksons most ostentatious and iconic garments.

Yet as detailed and insightful as this book is it’s hard not to feel disappointed by some of the explanations as to the whys and wherefores of some of Michael’s more mysterious apparel. What does the armband on many of his jackets signify? Why were the letters “CTE” embroidered onto the shoulders of his shirts? Bush deflates the mystery surrounding these details that have perturbed fans for years by revealing that there was in fact nothing to reveal about them. There was no reason behind many of the specifics that set Michael’s apparel apart. Pure aesthetics and sometimes whimsy were the deciding factors of some of Jackson’s accoutrements.

Whilst Bush’s narrative can sometimes drift into somewhat dry details of the design and construction process, something that will engross fashion professionals but will go over the head of design novices, it is this minute attention to detail that made him an enduring member of Michael’s creative team and inner circle. Without doing any disservice to Jackson, Bush carefully relays many private anecdotes which add a unique embellishment to what could have been a strictly factual account. Anyone who is able to read Bush’s tale of dressing Michael Jackson for the last and final time without a pang of emotion must be made of stone.