Off The Wall – Fan Club Magazine 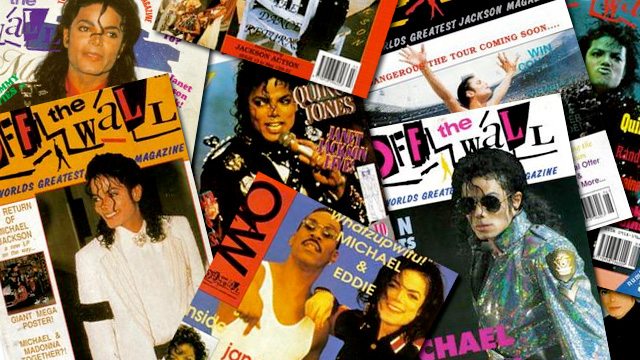 The below is taken from Chris Cadman’s new website dedicated to the very first Michael Jackson fan club ‘Off The Wall’ which was founded by Adrian Grant – Also the founder of MJWN. To see past issues, as well as being able to take a look inside some the magazines, visit Chris’s new website by clicking here.

It’s hard to believe that some 20 years ago, a young guy from Reading was about to embark on his first business venture, unaware of the twists and turns that lay ahead and the success he was about to accomplish.

Adrian Grant, from a small bedroom in Reading, created the first ever Michael Jackson fan magazine in the summer of 1988, during the peak of a career that had began way back in 1969.

The Bad Tour had just rolled into Britain when the first issue came hot off the presses. Grant sold the first 200 copies of his magazine at the height of Michaelmania, albeit with some initial mistakes, but it wasn’t long before he had mastered his home computer and was increasing his first circulation ten fold. Fans worldwide began checking the magazine out, and before long it was being sought after in Europe, and then worldwide.

Off The Wall magazine would go on to be a cult Michael Jackson magazine, being officially recognised within 18 months, leading to the ultimate tribute when Adrian Grant was invited not only to Neverland, but to the studio also, to hear unreleased tracks from a then planned greatest hits package to be called Decade 1980-1990.

Adrian Grant, on behalf of Off The Wall magazine, presented Michael with his first ever “Fans Appreciation Award” on that trip. This tribute would open the door for so many other fans clubs, bringing the fans closer to Michael Jackson than ever before.

The first Off The Wall party was launched on 15th June 1991, followed by another that same year on 30th November, to celebrate the release of Dangerous. Several other parties followed and Michael’s loyal fans consistently supported them all.

Adrian Grant continued to enjoy the privileges of the magazine right up to the end of 1993, when it ceased publication. On one trip he was one of only two reporters allowed on a secret visit as part of Michael’s Heal The World Foundation. Yes, it’s true, Michael held the magazine in such great esteem.

Grant released a series of books on Michael Jackson after the magazine ended. The most successful of these was The Michael Jackson Visual Documentary. The star himself endorsed this. Today Grant is the mastermind behind the Thriller tribute show in the UK.

There’s a saying, you only miss something when it’s gone. I think it is safe to say Off The Wall is sadly missed today. Here, we present a tribute to those great years, and hope you enjoy some of the sample pages we’ve provided.