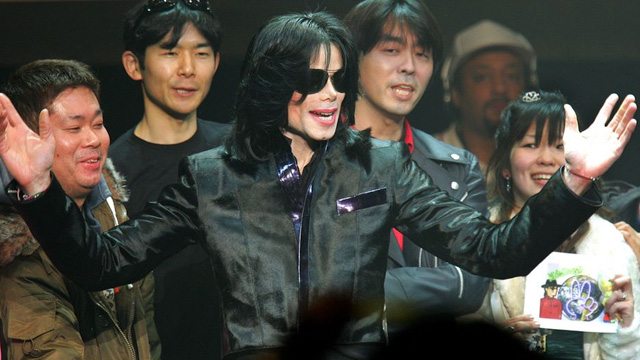 Michael Jackson’s estate is suing a man and three companies in Japan, alleging they are using the name and likeness of the late pop star on key chains, mugs and other products without permission.

The companies run elaborate online sites that proclaim it owns the rights to Jackson products in Asia, displays photos of the singer, and sells 2,100 yen ($21) towels, 525 ($5) post cards and 10,000 yen ($100) lighters that have his image plastered on them.

The estate said it wants to protect its legitimate partners and preserve the legacy of Michael, who died in California in 2009 from an anesthetic overdose.“Many in Japan have been misled by the defendants,” the estate said in a statement. “Michael loved his millions of Japanese fans, all of whom deserve the opportunity to purchase legitimate and authentic Michael Jackson goods.”Yutaka Fujino, an executive at one of the companies, said Wednesday he wanted to study the AP’s questions before commenting.

Estate attorney Kensuke Ambe said Matsuura is contesting the allegations, but he has not heard back from the others. Matsuura did not answer repeated calls.

The estate estimated the value of the unauthorized products at 123 million yen ($1.23 million), according to the lawsuit documents.

“The defendants are taking advantage of the fact that Michael is dead to act as though they have obtained the rights,” the documents said.

Also behind the lawsuit is Triumph, an American company wholly owned by the estate and set up by Michael to handle his merchandising.

The estate erased nearly $500 million in debt after Jackson’s death and keeps churning out new products. It opened a Las Vegas Cirque-du-Soleil show this year and is likely considering additional releases of Jackson-related material to ensure his mother and three children keep living comfortably and fans have new material to see and hear.

Triumph sued another Japanese company that sold Jackson goods and won in 2011.

Japanese are among Jackson’s most loyal fans, and many stuck with him through his two trials, which never resulted in convictions. Michael repeatedly denied the charges. His death brought much of this nation out in mourning.

The main photograph above shows Michael with some of his devoted Japanese fans in 2007.