“Do Not Believe The Lies” 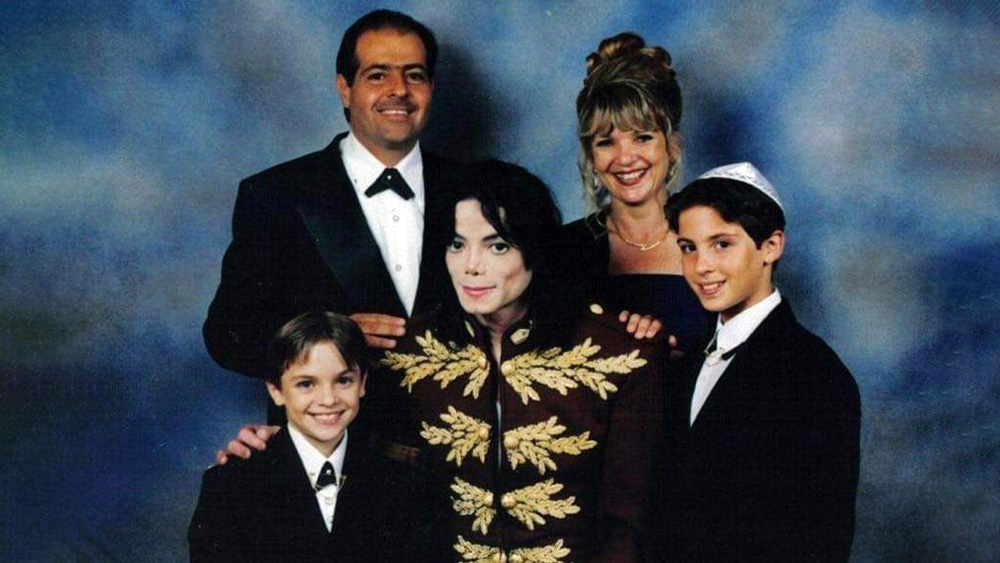 “Do Not Believe The Lies” is a post on Roslyn Witz Cohen’s Facebook page. In the post she explains how her family met Michael at Sun City in 1997. Michael later visited with the family and they also visited Neverland. Here is what she had to say.

My family met Michael Jackson at Sun City resort in 1997 and we remained friends with him up until his very tragic and untimely death. My sons were 12 and 10 years old at the time. During those years Michael spent many times at our house and we went to Neverland and in all those years I can honestly say that Michael never ever spent time alone with my two sons.

Everything that Grace Rwaramba has said is absolutely true. There were always so many people at Neverland that it would have been absolutely impossible for Michael to have “lured” boys to his room without anyone noticing it. Every room in the main house was always open to the guests and we never saw Michael’s bedroom door closed. Michael had nothing to hide. He was open and transparent.

My husband and I were included in every arrangement. There was never even a hint of a suggestion of him wanting to spend time alone with my sons. They never slept in his bedroom at Neverland. We all slept in the guest cottages. As responsible parents had he suggested anything that we felt uncomfortable with we would have packed our bags and gone home immediately.

Michael never moved on to “younger boys” as claimed by Wade Robson. If he did why are they not making the same disgusting allegations? Why didn’t the director speak to them? He knows they exist and where to find them. Michael was friends with families and their children from all over the world and everyone knows that including the director!

The reason the director did not speak to them is because they will all tell the truth which is Michael is 100% innocent of every allegation levelled against him so instead he chose two perjurers desperate for money in order to make this so-called documentary.

I believe that the reason Michael did not want to remain friends with Wade Robson or James Safechuck anymore is probably because they asked him for money at some stage and he did not give in to their requests so hence they took their revenge after he died. All Michael ever wanted to do was to help children which he did. To label him a paedophile is just beyond belief. He was truly the kindest and most honest person I have ever met.
What Wade Robson testified about Michael in the court trial when he said Michael never did anything inappropriate to him is the truth and nothing but the truth. Wade Robson’s bitterness from not getting funding from the estate for a project he wanted to do turned him into a compulsive liar for the sake of money.

He is a perjurer and now people believe his lies. I shudder to think what this documentary has done to Prince, Paris and Blanket. Now they have to live with the lies about their father. What kind of world are we living in where people are prepared to destroy innocent children for fame and fortune?

My question is why did these two liars wait until Michael died to make false accusations against him? They had plenty of time to lay a charge against him before he died. My family and I will fight for Michael’s innocence in every way we can until the day we die because his innocence is worth fighting for.

I see that these two perjurers claimed that they reason they did this documentary was so that this does not happen to other boys in the future. What nonsense! In my opinion all they have done is open up a door for anyone to accuse a celebrity of molesting them in order to get money out of them.

Nowadays when you admit to being molested, whether it is true or not, you become a hero to the public. I am quite sure that in the near future there will be many allegations coming out of boys being molested by celebrities as it is a very easy way to make a quick buck and get a moment of fame. My family could have done the same for fame and fortune but we are honest people.

Michael taught me many things but one of the most important things he taught me is don’t believe what you read in the tabloids until you see it for yourself and I know the absolute truth and I saw it for myself that Michael Jackson was not a paedophile!

We miss Michael every single day of our lives and are thankful and grateful for the times that we spent with him. We had the best times of our lives with Michael. We are all devastated by the disgusting lies in this documentary as we know the truth.

What I found really disturbing in the documentary is the two mothers who really didn’t seem to be angry about what their sons allege Michael did to them. If my sons had been molested I would have no fond memories of the molester at all no matter how famous, wealthy and kind he was to my family.

I would only have hate and resentment regardless of how kind and generous the molester was to my family and I certainly wouldn’t keep any mementoes from him. I would want to see him rot in jail for the rest of his life and no amount of money in the world would make me back down if I knew for sure my sons had been molested, as per the first false allegation where money was taken by the father, and we all know how he ended up.
I would be fuming and angry and crying hysterically during the interview and have absolutely nothing nice to say about the molester yet these mothers spoke very fondly about Michael and certainly didn’t seem upset in my view. Even more disturbing is that Wade Robson at the age of 22 did not realise he had been “molested.” This so-called documentary is just downright disgusting and anyone who believes these lies is just plain stupid!