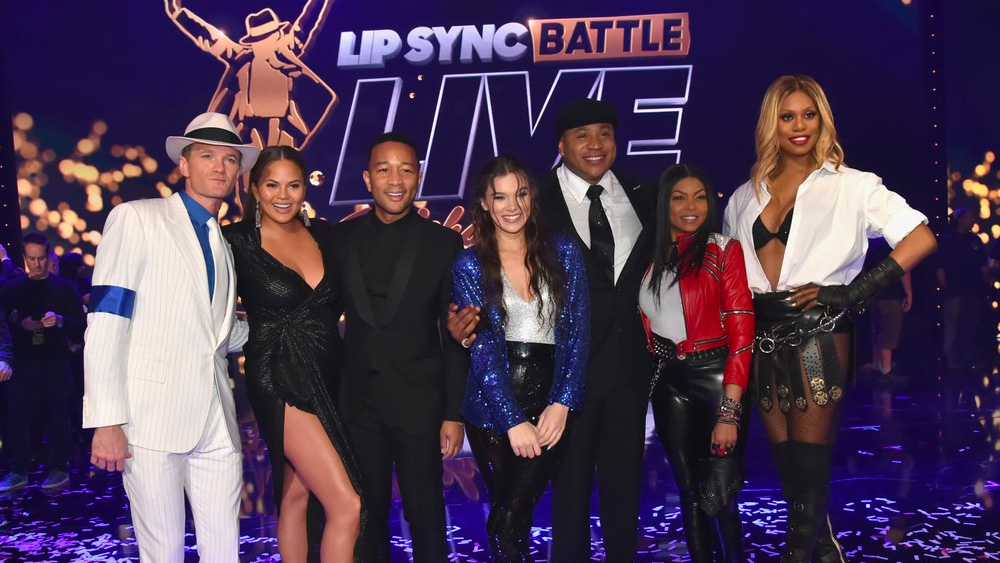 This week saw the premiere of Season 4 of Lip Sync Battle and the show saw actresses Hailee Steinfeld, Taraji P. Henson, Laverne Cox and actor Neil Patrik Harris go up against each other as they lip synced to the one and only, King of Pop, Michael Jackson! The four contestants entered the stage together lip syncing to ‘Wanna Be Startin’ Somethin’.’

Steinfeld won the contest with her rendition of ‘The Way You Make Me Feel.’ Before going on stage to perform she said;

Prior to taking the stage, ‘Orange Is The New Black’ star Laverne Cox told Billboard that every part of her body hurt from her extensive rehearsals of ‘Dirty Diana.’ See highlights from Cox’s performance:

Taraji P. Henson said she was looking for ward to being “a rock star for the night,” which she was as she tore up the stage in tight leather pants and a red leather jacket to perform Michael’s 1983 classic ‘Beat It.’ Watch highlights of her rendition:

Finally ‘How I Met Your Mother’ star Neil Patrik Harris donned a blue shirt and a white suit with fedora to perform a perfectly choreographed, shoulder-snapping ‘Smooth Criminal,’ even including Michael’s signatory 45 degree lean. Watch his full performance: