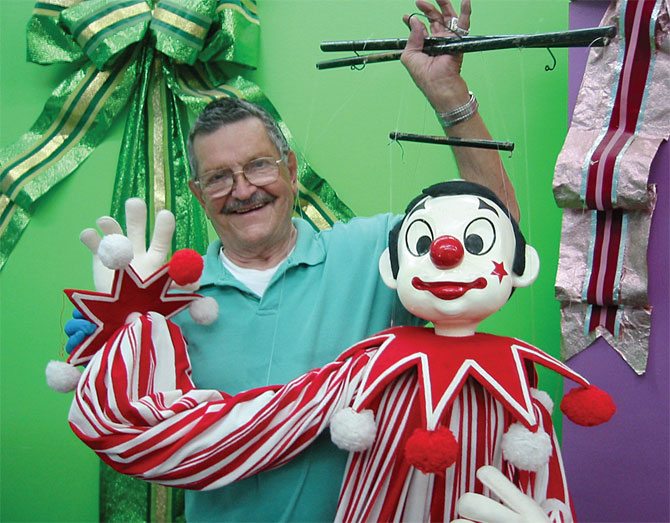 Bob Baker, the founder of one of America’s oldest puppet theaters, passed away on November 28 at his home in Los Angeles at the age of 90. The cause of death was kidney failure, his biographer, Gregory Williams, said. Michael Jackson was a huge fan and he would often visit to watch Baker’s performances.

The Bob Baker Marionette Theater captivated children and adults with its ornate wooden puppets and props. The theater was a vestige of the days when marionettes were widely used on stage and television and playhouses dotted the streets of downtown Los Angeles. It is understandable as to why Michael was a huge fan.

“He really contributed to the continuation of puppetry as an art,” Williams told The Associated Press in an interview. “With the digital age, it’s going in a different direction. But people still come to it because it’s an introduction to theater for young people. It’s real-life 3D.”

Baker discovered puppetry as a child and described being immediately transformed.

“He couldn’t talk about anything else when he came home to his mother and he knew what he wanted to do,” Williams said.

At an early age, he began constructing his own puppets and performed. He worked in animation for Walt Disney and others before starting his own theater company with his partner, Alton Wood. Baker’s credits included orchestrating marionette work on more than 250 films, such as “GI Blues” and “Escape from Witch Mountain.”

In an interview with The Associated Press in 1997, Baker said it was important to teach people to use their imagination and believe in fantasy. He performed until he was 86 before he began having physical difficulties.

Bob states in a video that the first time he performed for Michael was when Michael was 8 years old. He also said that he would often do shows for Michael and Michael’s friends and family. “We would always talk about doing something with the puppets for his shows. The nearest we got to it was a puppet of Michael,” he added.

Keith Holman who worked with Bob Barker as his puppets’ costume designer has put together a beautiful tribute to Bob Baker and Michael in a video. Watch the video here:

Here are a couple of Bob Baker’s other incredible puppeteer performances.