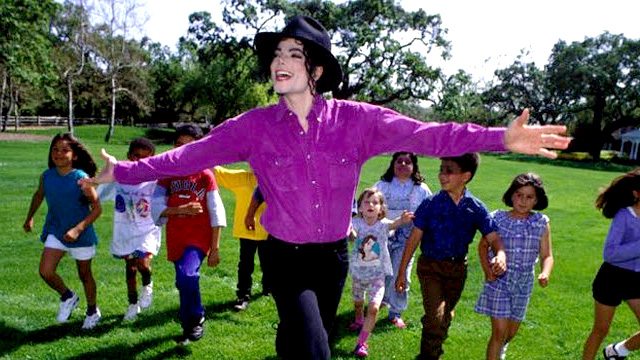 After the announcement that Neverland is going to be sold this week, Michael’s former engineer Brad Sundberg, who currently gives talks about his time creating music with Michael, has reflected on the many occasions he visited Michael’s magical home:

It would be hard to estimate how many times I had been to the ranch. That’s what my girls called it. “Dad’s going to Michael’s ranch tomorrow, so he’ll be home late.” For fifteen years I had periodically driven the winding roads from my house just a few miles from the Rose Bowl across the 118 to the 101, through Santa Barbara then up the mountain to Los Olivos. It was almost exactly two and one half hours each way, if traffic was kind.

The funny thing about driving to the ranch was that I never got tired of it. There was always a bit of excitement going on in my head, like when I was young and going to an amusement park or the beach. Yes, it was work, but it was more than just work. We were building a place that was magical, and it made people happy.

I remember my first time at the ranch, likely in 1988. Michael had
purchased it and brought a real estate book about it (it’s former name was Sycamore Valley Ranch) to the studio to show us pictures of it. He quietly pulled me aside to ask if I would install some studio monitors in his bedroom, and the next thing I knew I was driving to Neverland for the first time.

When you arrived at Neverland, the first thing you saw was the security gate, and the buzzer. Even though I have driven through that gate countless times, and the guards knew me and my big green Chevy Tahoe, I never had the freedom to enter the property if
my name was not on the pass list. Once they found your name, the giant wooden gate would open, and you would drive to the guard shack just on the other side.

Security was always professional and friendly, but never casual. I was asked the same questions almost every visit, and asked to sign in.

“Do you know where you are going?”

Having been cleared, you would be allowed to proceed.

The drive from the first gate to the second gate was perhaps the better part of a mile. There were no lawns or flowers, and the hills were usually dry and dusty with bushy shrubs and lizards. You would never think it was the driveway of a global celebrity.

Before too long you would see the “Boy On The Moon” logo welcoming guests from a sign on the side of the road. Finally you would pass over that last hill and start to round the corner. Whether
by chance or design, I always liked this little buildup of waiting to see the manicured lawns and gardens. It was like a long, slow introduction to a great song or movie. You would start getting glimpses of lush green grass and white fences.

As you drove, more things would come into view: the lake, giant oak trees protecting a huge house, guest houses, the train tracks and a train station, statues, and far off in the distance, there were more buildings, and of course the amusement park and zoo.

Even though I had crested that hill perhaps 250 times, I still got that little twinge of excitement every single time. It would be impossible not to.

As you would drive down the last hill leading to the ornate gate, you would see a huge parking lot for buses and guests to leave their cars. This was all part of the drama of visiting Neverland. You didn’t get the whole show at once, it was delivered in stages.

First you would leave your car and take a short walk through the ornate gate. At least that’s what we called it, the “Ornate Gate.”

Neverland wasn’t really set up for a lot of traffic, as the primary roads are barely wide enough for two cars to pass each other without driving on the grass. Also, most guests (and Michael) drove customized golf carts on the ranch, so it was safer to keep as many guest cars and trucks in this lot as possible.

Michael loved to create build-up and drama, and it started with the arrival of the guest at this gate. Guests would leave their cars and be greeted by a uniformed ranch employee, and escorted onto a private amusement park train. This was a great way for them to enter into Michael’s world.

He understood how to tell a story and how to set a stage, and it all started at this gate.

There really was no place on earth like Neverland, and it will never be the same because its creator is gone. Still, it will always be fully alive in my memory.

I recently read that the ranch will be put up for sale. I guess I have mixed feelings about that, but there is no Neverland without Michael, so I suppose this makes the most sense. Still, I would like to try to tell you what Neverland what like, from the music, to the rides, to the zoo. And I can’t think of a better guy to share some stories with me than Brad Buxer.

Join us next month at the “Bradx2 – Extended Mix” seminar in Orlando, featuring a special segment on our memories of Neverland.

Tickets are on sale now. Will You Be There?

Source: In The Studio With MJ & MJWN