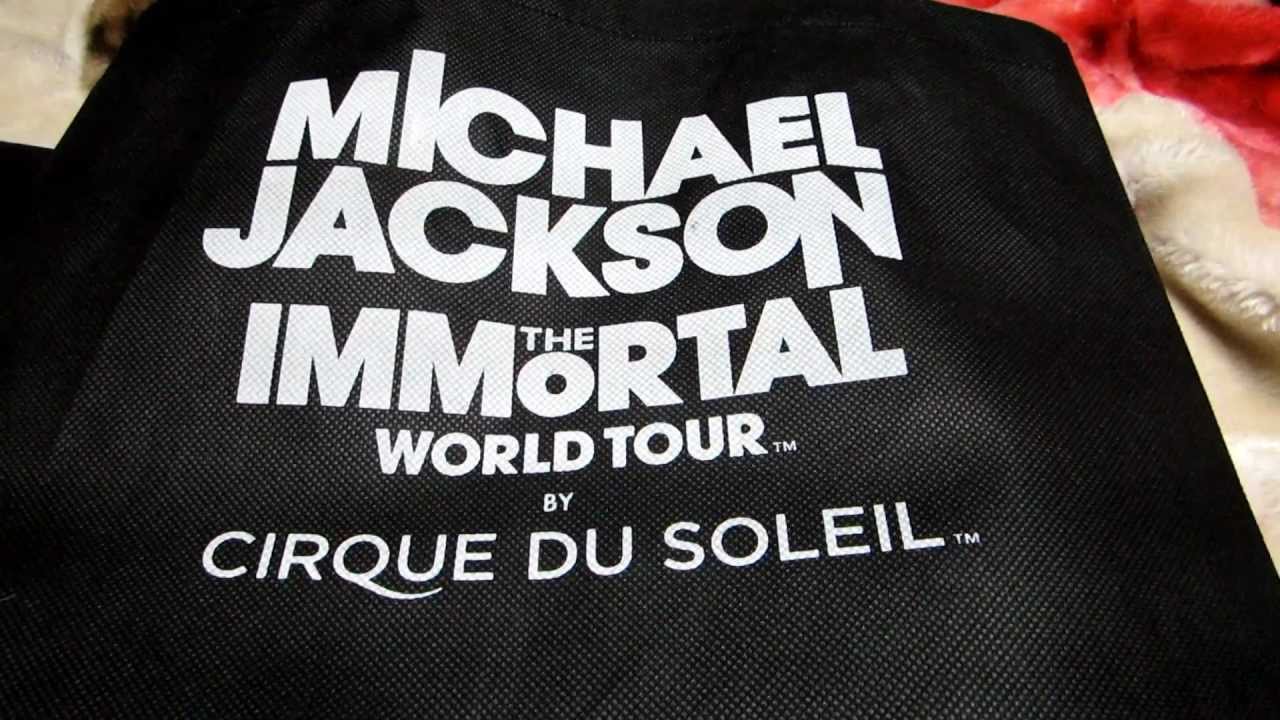 Ysabel Cacho , working for the Philippine Daily Enquirer, has written an excellent piece about her feelings after Michael passed away and how the Cirque Du Soleil’s ”Michael Jackson The Immortal World tour” in the Philippines helped her through those tough times.

“When I first heard about Michael Jackson’s death in June 2009, I looked straight into the eye of the newsbearer and said, “That’s impossible. He’s immortal.”

In the weeks that followed, news programs, magazines, and biographies confirmed his passing; Jackson was, after all, a mere mortal like you and me.

However, as my cousins and I sat inside the Asian World Expo auditorium in Hong Kong, I realized that others shared my sentiments on Jackson’s “immortality.” Not only did Cirque du Soleil believe in it; they even created a show about it.

It was not really surprising that Cirque du Soleil came up with such an idea because I felt that I had grown up with this award-winning circus act. I watched my first Cirque show in 2005 also in Hong Kong during its “Quidam” tour. Before I stepped inside the Grand Chapiteau, otherwise known as the iconic blue-and-yellow big top, my mother pulled me to point out that this particular circus was “different” than the others.

When I asked how so, she simply said, “It’s artistic. And there are no animals.” As an impressionable 12-year-old, I honestly thought, what kind of circus had no animals and expected to entertain everyone?

Cirque proved that it was indeed different. It was really more than “different and artistic”—but rather brilliant, breathtaking, haunting, magical and, dare I say it, life-changing.

After the show, I stepped out high from the adrenaline; I had just been introduced to an entirely new world of art, the kind that fused acrobatics with its story lines.

I wanted to run away and join Cirque myself. But because of my inability to touch my toes and do a proper split, I would have to settle for something else.

I spent the next eight years following Cirque’s every move through the news and its DVDs. I was blessed enough to watch a number of its live performances such as “Zaia,” “Varekai,” and “Saltimbanco” in Asia, as well as “The Beatles Love” in Las Vegas.

“Love” was a spectacular show that reduced me to tears.

But I was skeptical when I entered the arena to see the “Michael Jackson The Immortal World Tour.” Four years after his death, there have been Michael Jackson memorial concerts too numerous to mention.

Yet what made the Cirque show stand out was that it interpreted Jackson’s life and music through dance and aerobics.

There was never a dull moment onstage. Cirque’s version of “Dancing Machine” was literally that: a dancing performer strapped to a makeshift machine. One scene featured a femme fatale character on a pole, leaving everyone drooling as the performer swung around to “Dangerous.”

“Human Nature” took a more whimsical turn with the classic Cirque act: hoop aerialists spinning 50 feet in the air while the background transformed into a large galaxy.

Another act featured two aerialists strapped to one another as they skillfully glided through the auditorium to “I Just Can’t Stop Loving You,” taking the Jackson ballad to new heights.

During the “Is It Scary?” segment, one of the main characters flipped through a giant book to reveal a contortionist dressed as a reptile hidden between the pages.

For “Scream,” the stage turned into a giant trampoline. The men performed gymnastic routines while bouncing up and down the stage.

The recreation of the gates of the Neverland Ranch was used as a prop a number of times, especially in the opening when performers danced to “Childhood.”

Another remarkable moment came when larger-than-life versions of Jackson’s sequined glove and black shoes with white socks appeared onstage and moved to the beat of one of his songs.

Jackson’s love for humanity was interpreted with the performers holding onto illuminated heart-shaped balloons in one segment.

The performers’ costumes were patterned after some of Jackson’s most iconic looks, from the red “Beat It” coat to his leather jacket from “Bad.” Some outfits even lit up and changed color.

The show ended with “Man in the Mirror,” with all performers waving flags from different nations as the heartwarming lyrics blared through the entire arena. The audience felt as though they had been given the once-in-a-lifetime opportunity to see Jackson “live.”

Cirque du Soleil brought him back to life through his music, his love and inspiring message, and passed on his legacy to thousands of adoring fans, new and old, making the King of Pop most certainly immortal.”

You can read the full article here.

(The author is an Advertising major at the Savannah College of Art and Design in Savannah, Georgia, USA. She is an editor of the school paper. She has been writing and photographing for publications since high school.)