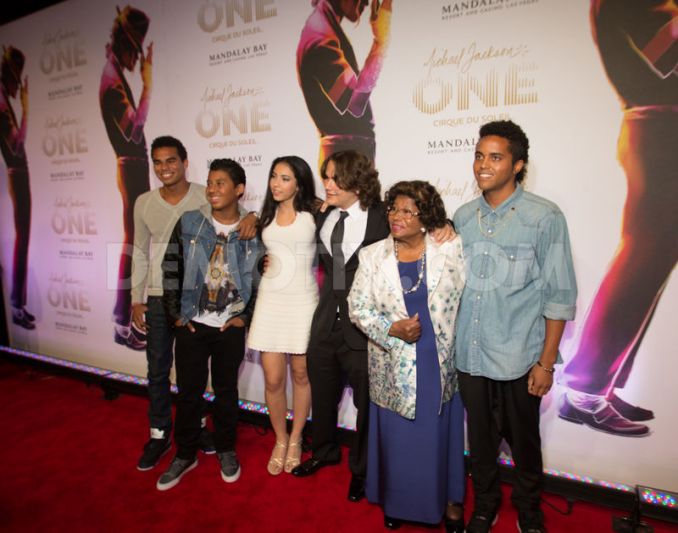 Katherine Jackson attended the opening of ‘Michael Jackson ONE,’ in Las Vegas, with several members of her family, plus Prince Jackson and his girlfriend, who also attends his school.

Prince, 16, and Blanket, 11, sang and danced while watching the Cirque celebration of their father’s music and life, in the Mandalay Bay Casino theatre.

Access Hollywood has reported that Katherine Jackson discussed her son Michael Jackson, and the response which she has received from his many fans. The King of Pop has many, many fans. Michael remains one of the most beloved performers of all-time.

He has attained an incredible amount of success throughout his career, and despite his passing in 2009, he has many fans around the world, whom are always eager to show their support for his various projects throughout the years.

There are many beloved entertainers in the world of music, but it seems that Michael is a star who remains as popular as he ever was. He is truly a superstar, and his music continues to inspire and garner fans.