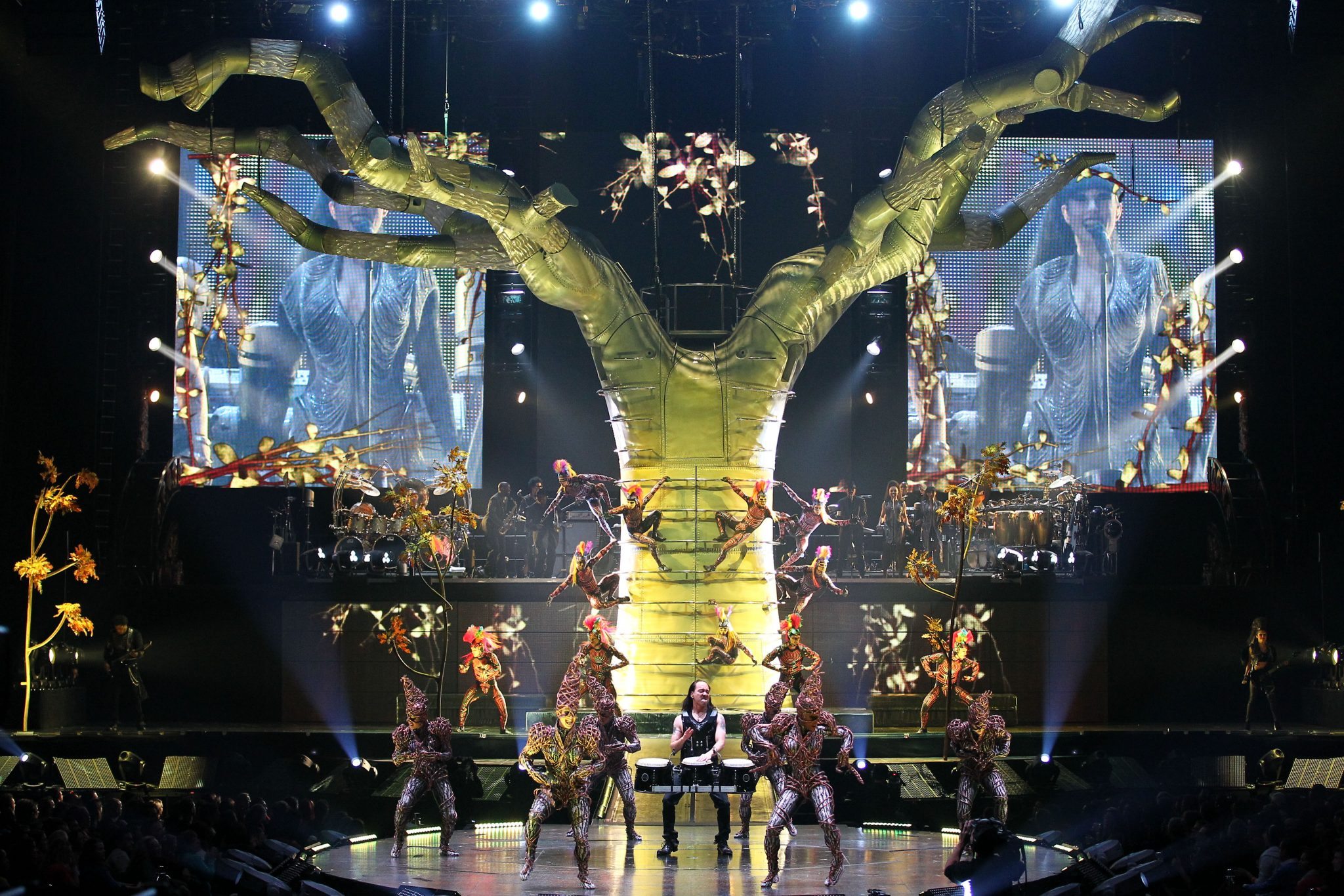 Think Cirque du Soleil and it conjures up an image of high wire acrobatics. Well, that’s certainly been true of every other Cirque show to touch down in Manchester – but not this time, as the French-Canadian circus troupe branches out into something that more closely resembles a big budget pop show.

‘Michael Jackson: The Immortal World Tour’ – Cirque’s first to use arenas rather than travelling big tops, and a show that finally comes to Manchester Arena Friday night and Saturday afternoon – has been put together in honour of the sadly departed King of Pop, with the help of some of the former team and musicians booked to work on Michael’s cancelled ‘This Is It’ tour.

Crucially, it has the blessing of the Jackson family, in part one imagines because of the unprecedented scale of it – it is the biggest touring arena show of any kind, ever – and the massive investment of money (around £40m) and expertise that the Cirque team has put into it.

Michael, too, was a regular at Cirque’s resident shows in Las Vegas and as pop’s ultimate showman he’d surely have approved of this elaborate and fast moving spectacle.

In his considerable absence, then, are endless crews of dancers piling on stage performing Jackson’s trademark moves alongside original choreography and circus stunts.

The complex stage sets change rapidly throughout to mirror the songs, and an ever present live band performs medleys of the tunes that made Michael internationally famous: ‘Wanna Be Starting Something,’ ‘Smooth Criminal,’ ‘Thriller,’ ‘Beat It,’ ‘Earth Song,’ ‘Scream,’ ‘Can You Feel It,’ and ‘ABC,’ to name but a few. Most of the action is at ground level, then, and yet the performers haven’t entirely abandoned their aerial routines. There are still plenty of toned young men on the ends of ropes swinging into the rafters and out over the heads of the front few rows, and there’s death defying dangling from straps duo Luba Kazantseva and Brandon Pereyda.

But more than anything, this is a celebration of the ultimate pioneer of pop and performance. “People ask us, ‘Why is this show so different?’” says artistic director Tara Young.

“Through this show, I have learned to love and appreciate this man more. I believe if he was seeing this show he’d be so proud of us and so thankful that people are representing him in this beautiful light. This show stars performers from 17 countries, which just goes to show how much he united people.

We’re honouring an icon – who gets to do that? I’m 45 next month, but when ‘Thriller’ came out I was in high school and we all knew how to do these moves; it’s possible to forget how much he pioneered choreography for pop concerts.

We don’t have a star, but the moment his face appears on screen you’d think Michael Jackson was in the house from the noise in the arenas.”