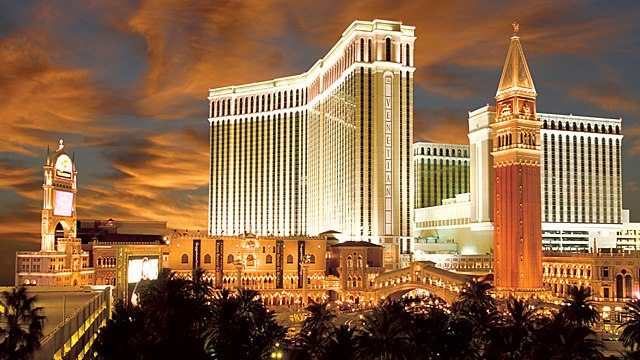 We have more in-depth information for you, on the details of Cirque Du Soleil’s ‘Michael Jackson One’ at Mandalay Bay Resort and Hotel in the ‘World Of Entertainment City,’ Las Vegas, including ticketing information. Cirque du Soleil and The Estate of Michael Jackson announce ‘MICHAEL JACKSON ONE,’ which is written and directed by Jamie King and exclusive to the Mandalay Bay Resort and Casino in Las Vegas, Nevada.

The show ‘Michael Jackson ONE’ is a state-of-the-art visual and audio experience creating a theatrical evocation of Michael’s creative genius. Guided and inspired by his music, four misfits set out on a transformative adventure. By journey’s end, they will personify Michael’s agility, courage, playfulness and love.

Michael believed that all people are unique and equal, regardless of race or culture. His message was one of unity, harmony and hope for a better world. At once evocative and enigmatic, the name ‘Michael Jackson ONE’ also presents a paradox: Michael was a multifaceted artist who strove to fuse together various musical styles and art forms. It is a fitting title for a unifying journey into the world of the King of Pop, the genius, the visionary, the One.

“This is our second project with the Estate of Michael Jackson which confirms how stimulating this creative partnership was meant to be”, said Daniel Lamarre, President and CEO of Cirque du Soleil. “Michael Jackson is an all-time phenomenal artist, both timeless and contemporary. As a creative challenge, this project is the ultimate. Through the use of cutting edge technology, we will produce a new Cirque du Soleil theatrical experience not only respectful of Michael’s legacy but also very distinctive from ‘Michael Jackson THE IMMORTAL World Tour.’”

“We are guided by Michael’s own philosophy in all that we do. In preparing for this production, Michael’s message to the cast and crew for his ‘This Is It’ concerts was foremost in our minds. He counseled them on what the audience experience should be: ‘They want wonderful experiences. We want to take them places that they’ve never been before. We want to show them talent like they’ve never seen before. We’re putting love back into the world to remind the world that love is important. WE’RE ALL ONE. That is the message.’ We feel the same, and that is what we are delivering both to lifelong fans and those just discovering his artistic genius with ‘Michael Jackson ONE,” stated John Branca and John McClain, Co-Executors of the Estate of Michael Jackson.

Chuck Bowling, Mandalay Bay’s president and COO, said, “The partnership with Cirque du Soleil and The Estate of Michael Jackson represents an extraordinary moment for Mandalay Bay. We are in the midst of a major transformation at this resort, introducing a new set of experiences for our guests. ‘Michael Jackson ONE’ is truly the crown jewel in that transformation and we cannot wait to share this very special production with the world.”

Along with Jamie King – who started his career as a dancer on Michael’s ‘Dangerous World Tour,’ and also directed the arena touring show ‘Michael Jackson THE IMMORTAL World Tour’ by Cirque du Soleil, ‘Michael Jackson ONE’ will bring together the creative minds behind the Michael Jackson Estate, John Branca and John McClain, and the diverse talents of the following creators are,

If you wish to learn more, the following information details are useful,

Preview performances for ‘Michael Jackson ONE’ will begin on May 23, 2013 at Mandalay Bay.

Preview Performances Schedule: Saturday to Wednesday at 7:00pm. There are no performances on Thursdays and Fridays.

Tickets are available 120 days in advance of the performance date.