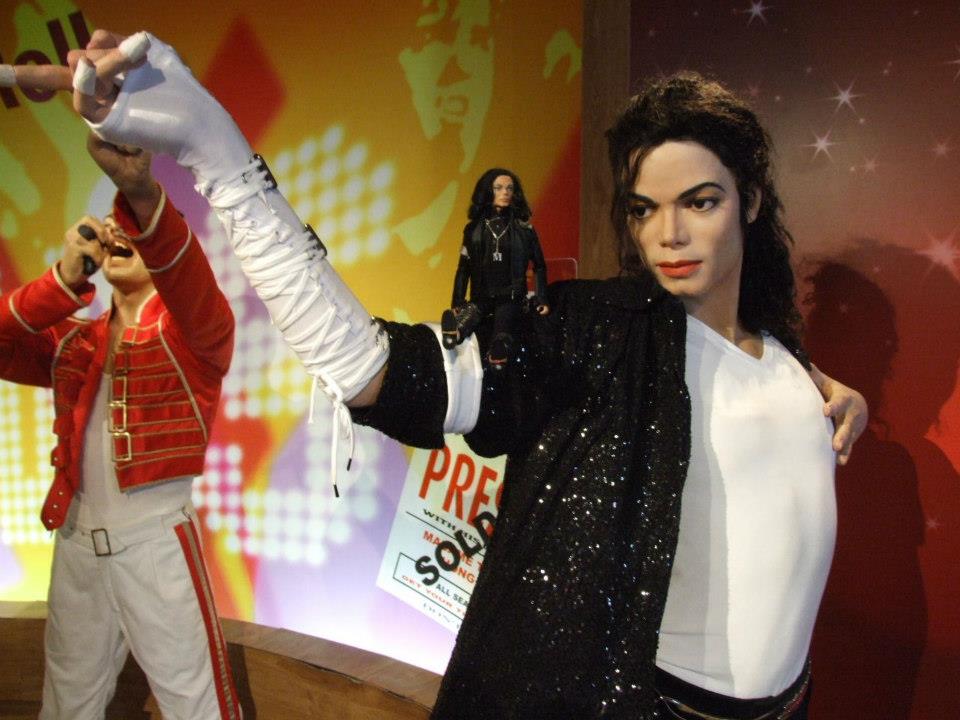 Kerry from Australia, has spent part of her holiday this year visiting Hong Kong and Macau, at “Michael” sites. She has sent us photos of the places she visited with her friends, and a full report of her adventures to date.

We hope you enjoy them as much as we did!

“Whoever first came up with the term ‘Michaeling’ may not have expected it to apply to the international travels of fans. But it certainly does. There are a few of us who are one-time, occasional or frequent travellers who not only include MJ-related locations and/or events in our travel schedules, but actually plan an entire holiday around them.

We should probably start an unofficial club to share our experiences and knowledge of locations, but ’sharing’ is something that doesn’t come easy to everyone. In some cases we want to keep the ‘how’ and ‘who’ – i.e. useful sources and contacts – to ourselves. And when we do share, it often comes across as bragging! (And sometimes it is!)

At the risk of doing exactly that, I would like to share my latest MJ-related travels with you, starting out from Australia on 1st October 2012.

My ultimate goal for this trip was London to see Cirque’s Michael Jackson the Immortal World Tour at the O2 arena (*see my earlier Note about that), hopefully in the company of friends I made there when attending MJ memorial events in June 2010.

But before that I visited with friends in Hong Kong whom I had met on previous MJ travels. To catch up with Yoly and the gang was great, and to be actually whisked by them from one side of the HK border to the other (by public transport) was both exhausting and exhilarating – and very rewarding.

Firstly they took me to a temple complex in the New Territories where a statue of Michael is located. This was funded by HK singer Alex To who met Michael in Hong Kong. Seeing it in such attractive surroundings, where it can be well cared for and paid due respect, was a heart-warming experience. Seeing it with my HK friends as my hosts was even more so.

Several changes of metro trains later we disembarked at the eastern end of the line near the border with China. Here we visited another friend, Queenie, in her fabulous new condominium complex and watched the DVD of Michael’s Wembley “Bad” concert on the giant screen in the complex’s clubhouse cinema. It was the first time I had seen the newly-released 1988 concert DVD, and seeing it on the big screen in the company of my enthusiastic HK friends, who supplied snacks, drinks and glow sticks to wave, was pure bliss!

Eventually, after a sumptuous Chinese banquet dinner at a local restaurant, one of my friends, Miranda, saw me safely all the way back to my Hong Kong Island hotel.

This, I must add, was all on the first day after I had arrived (very late at night) in Hong Kong. It certainly got my Michaeling holiday off and running in incredible fashion. I just hoped the best part of the 5-week long trip wasn’t already behind me.

There were more Michael related-activities to come during the following days. I relocated to nearby Macau by ferry (breaking a wheel off my suitcase in the process!) and stayed at the Sofitel @ Ponte 16, home of the justly famous MJ Gallery. Items worn, autographed or directly related to Michael that have been purchased through auctions are here displayed for the enjoyment of fans who have made the gallery a regular place of pilgrimage.

The MJ Cafe downstairs from the gallery is a perfect ‘club house’ for fans to hang out, enjoy a coffee or snack (I ate most of my meals here) and listen to non-stop MJ music and watch his videos. This was my third visit to the gallery in the space of three years, and the collection keeps growing.

Macau is the Las Vegas of South East Asia and has some of the biggest brand names in casinos located on the Macau peninsula and on the island of Taipa. The Venetian on Taipa duplicates the opulence and style of its near twin in Las Vegas and now has its own MJ connection.

In the Venetian’s vast casino there are six MJ slot machines that are truly awesome in appearance and performance. I played one of them and won HK$1000. All six machines are identical and are adorned with periodically changing images of Michael in iconic poses. The music plays, the seat pulses, the special features include images of Michael dancing across the screen as the reels spin. Totally awesome!

With my belongings packed in a new suitcase purchased from a local street market stall, I returned to HK for a couple more days of seeing the sights. This included a visit to Madame Tussauds at The Peak with another friend, Ingrid. The previous Bad-era wax figure of MJ I had seen here had been replaced by one identical to those currently installed in London and Hollywood and included in the travelling MJ Experience exhibition of three wax figures.

Only, I have to tell you, the new Hong Kong version boasts the best likeness to MJ of any wax figure I have so far seen ANYWHERE. Ingrid and I could barely tear ourselves away from it.

I did other sightseeing in Hong Kong and Macau that I haven’t mentioned here… it is important on any Michaeling holiday to, time permitting, mix the ’sacred and the secular’ so that the former doesn’t become totally emotionally overwhelming, as it can so easily do.

And again, as I was preparing to leave Hong Kong to fly on to London for my next MJ adventure, I had plenty of reason to wonder if the best bits weren’t already behind me. Thanks to my local MJ friends I had had so much fun in their country!

As it was to turn out, there was to be no single ‘best part’. There were, rather, many wonderful highlights, of which my time spent with my Hong Kong friends was just the first.

They certainly got my 2012 Michaeling holiday off to a great start!

Story and photos (c) by Kerry Hennigan 12 November 2012
Originally published in the Forum on Megaheart4MJ website and as a Note on my personal Facebook page.

Acknowledgements: Thanks to Yoly, Miranda, Fanny, Queenie, May, Jessica, Vanessa and her mother and Ingrid for your friendship, hospitality and wonderful company. You always make me want to hurry back to HK!”