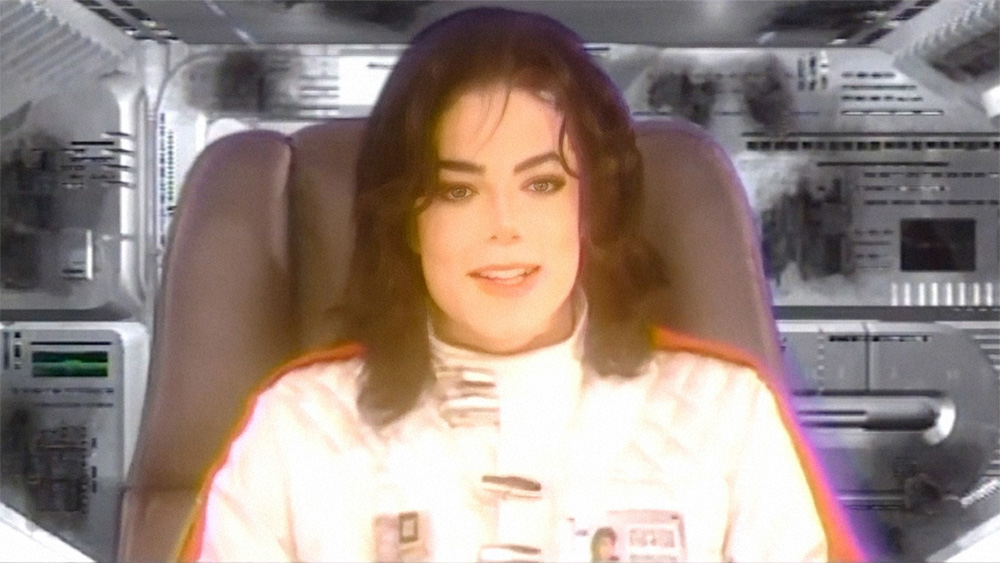 Michael’s work with Sega is pretty well known. He of course had both the Arcade and Megadrive/Genesis game of “Moonwalker” released in 1990. He also performed as Space Michael in the 1999 Sega game “Space Channel 5.” Then he’s the soundtrack composer for the 1994 “Sonic the Hedgehog 3.” The latter was only confirmed in recent years. However what is not well documented is his appearance in the 1993 simulator games “Scramble Training.”

Previously unseen footage of Michael as the lead actor in this game has been online for over a decade, though in bad quality, recorded from an old video camera. However due to sheer luck finding an old forgotten tape in an English car boot sale, Michael’s appearance has now been shared in much higher quality.

Ben Bizley is a video games trader from Hampshire, UK. On the story of “Scramble Training” he went to buy some gaming memorabilia that belonged to a man whose father, a former Sega employee, had recently passed away. He bought the D-2 tape (a form of videotape) within the collection without knowing what was on it for £300.

Without the correct equipment to find out what was on the tape, he posted pictures of it on Facebook gaming groups. Gaming writer Nick Greenfield recognised that the tape was from an AS-1 simulator in SegaWorld as he’d previously researched “Scramble Training.”

Greenfield suggested that Bizley got the tape digitized. A company called the Oxford Duplication Centre took on the challenge for £126. It took a weeks for them to complete the process. What came back was every single minute of the “Scramble Training” experience.

The tape included everything, including the full credits and the sound test and visual test cards. It became the first time you could see Michael Jackson’s performance in the game in high definition.

Watch the full 26 minutes that was on the tape here, with Michael performing and narrating the entire experience, including alternative endings.