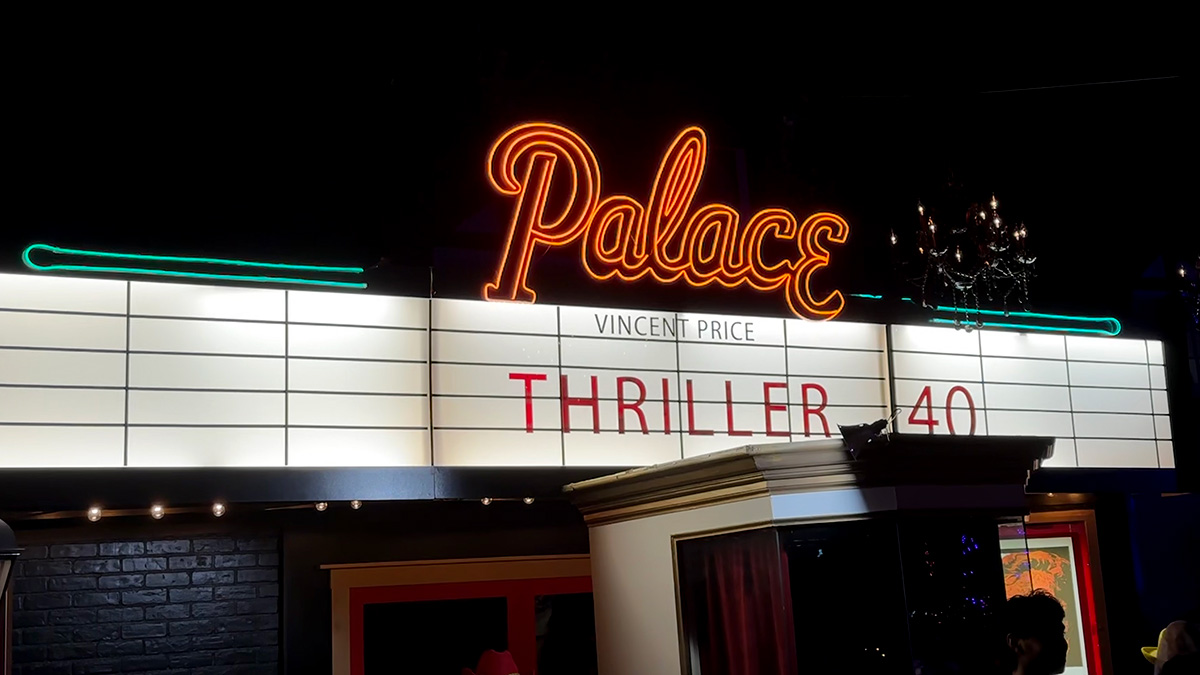 Every year Prince Jackson in collaboration with Taj and TJ Jackson host a Halloween party to raise funds for their charities “Heal LA” and “The Dee Dee Jackson Foundation,” called “Thriller Night.” This year it coincided with the upcoming release and celebration of the 40th anniversary of the “Thriller” album and therefore was very much a celebration of that event, while raising money for the two good causes. The event spanned over two nights, along with a daytime event for underprivileged children from the Los Angeles area.

The two nights, October 28th and 29th, were filled with fans, celebrities, performers and those that had collaborated with Michael. Held at Michael’s Hayvenhurst family home in Encino, the house we completely revamped for Halloween. There were zombie figures and animatronics littered inside and outside the home, and a maze throughout the home with strobe lighting and werewolves and zombies coming at you left, right and center. Also inside the house was the Legacy room, which housed awards and memorabilia of Michael’s. This included his 1983 Grammy’s, original “Thriller” jackets, rhinestone encrusted glove, black fedora, the white suit Michael wore on the “Thriller” album cover and more.

Outside the house was a large dance floor, stage and replica of the Palace movie theater, as seen in the “Thriller” music video. In front of that and in the garden area was the incredibly life like statues of Michael, made by the wonderful Godaiking Studios. Attendees were also able to peer into the home studio, where Michael created demos of his legendary songs, including “Billie Jean.”

Alongside Michael’s children Prince, Paris and Bigi Jackson, and his nephews TJ and Taj Jackson, some other key people in attendance were Chris Tucker, Greg Phillinganes, Matt Forger, Jonathan Moffett and Travis Payne.

The #thrillerchallenge was also plugged on stage by Taj and posters were shown on large TV screens.

Michael’s music was blasted all night; and with iconic history in front of you everywhere you looked, his presence was felt as we all celebrated the 40th anniversary of the worlds best selling album of all time.