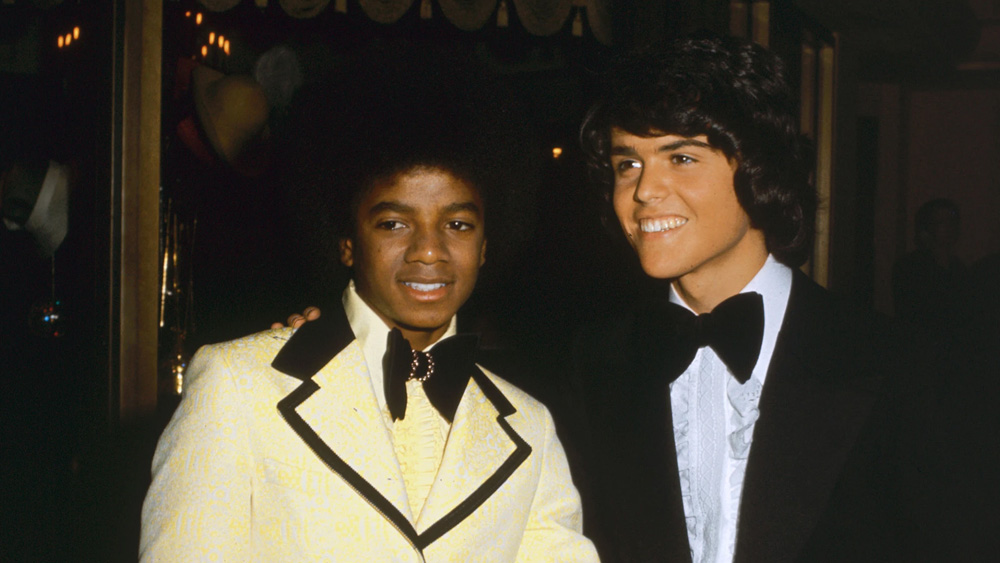 “I remember seeing Michael peeking out the side of the curtain watching me during the show. In hindsight that was a pretty amazing moment, but at the moment it was like, ‘There’s my buddy looking at me stage right.’”

Earlier on in the day they would have just been playing around backstage like two normal 13-year-olds do. He added:

“It’s really difficult talking about … these two little teenagers who are just selling amazing amounts of records and having number-one records and very powerful recording artists, and all they want to do is just be kids. Those were the innocent, wonderful moments before life got difficult and complicated.”

In the early 1980s they went to see the movie “The Dark Crystal” together and Michael insisted they wear disguises; trench coats, wigs and sunglasses. “We were just trying to be normal,” Osmond said. Still, everyone knew it was them!

While Michael was achieving great success with ‘Thriller,’ Osmond’s career had stalled. On asking Michael for advise, Michael told him to change his name as it was poison. Reflecting on that Osmond said;

“It was quite offensive, but what’s interesting is that he told me that in ’83, and it wasn’t until 1989, that ‘Soldier of Love’ became a hit without my name. So Michael was right.”

Many more years passed and Osmond said that he and Michael had plans to record a duet together of Stevie Wonder’s “I Wish” but those plans fell through. The last time he spoke to Michael was in 2008 where Michael told him that he had rented a tour bus and was with his kids in Phoenix. Osmond invite him to come and stay with his family, but it never came to be.