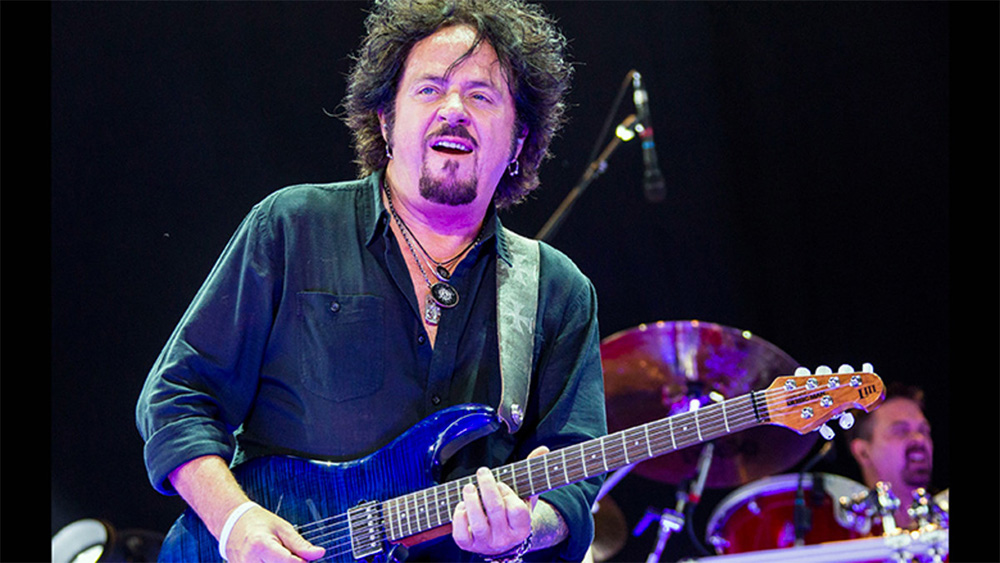 In an interview with Justin Beckner of ultimateguitar.com, Toto’s guitarist Steve Lukather talks about what it was like in the studio with Michael Jackson working on ‘Thriller’.

Beckner: You’ve worked with so many great people. What was your first impression of Michael Jackson? What was that first meeting like?

Lukather: “I was a fan. I always thought he was a great singer and all that. At the time I had been doing all of Quincy’s stuff. It was after ‘Off the Wall’ and he told me he would like to have me on the next record so I said that would be killer, I’d love to be on the next record. So one of the first things we did was the duet with McCartney, so that was a hell of a way to start it all off. It was just a blast, being in a room with these guys. They were the biggest stars in the world. Michael Jackson, Paul McCartney, Quincy Jones, George Martin, Jeff Emrick, all of us, it was just a trip. That was a ‘pinch me’ moment. It was like, ‘How did I get here?’. But Michael was always really cool to me. Michael was cool, man, he was a pro. He knew what he wanted and I guess he loved what we did. He kept hiring us.”

Beckner: Is it true that the original riff for ‘Beat It’ was deemed too heavy?

Lukather: “Yeah, that’s true. I did it knowing that Eddie (Van Halen) was already on it. So I figured if he’s going to do something with Eddie, let’s rock ‘n’ roll it up. So, I quadrupled the riff with some Marshalls and stuff like that and sent it over to him. I played all the guitar parts and all the bass parts. He said, ‘It’s too much. The guitars are too heavy. You’ve got to use one of you little Fender amps or something.’ So I went in with my little Fender Deluxe and that calmed it down a little bit.
They didn’t really crank it in the mix. Then I went over and overdubbed and came up with some of the other rhythm parts that are on the record with Michael and Quincy in the room. The other stuff was just me and Jeff (Porcaro) trying to make everything work because someone in Eddie’s camp cut the 2-inch tape and screwed up the SMPTE Code so it wouldn’t sync back up. So we had to make a new version to the old version that didn’t have a click track or anything. Jeff Porcaro, the genius that he was, kind of put that whole click thing together and we were able to remake the record.”