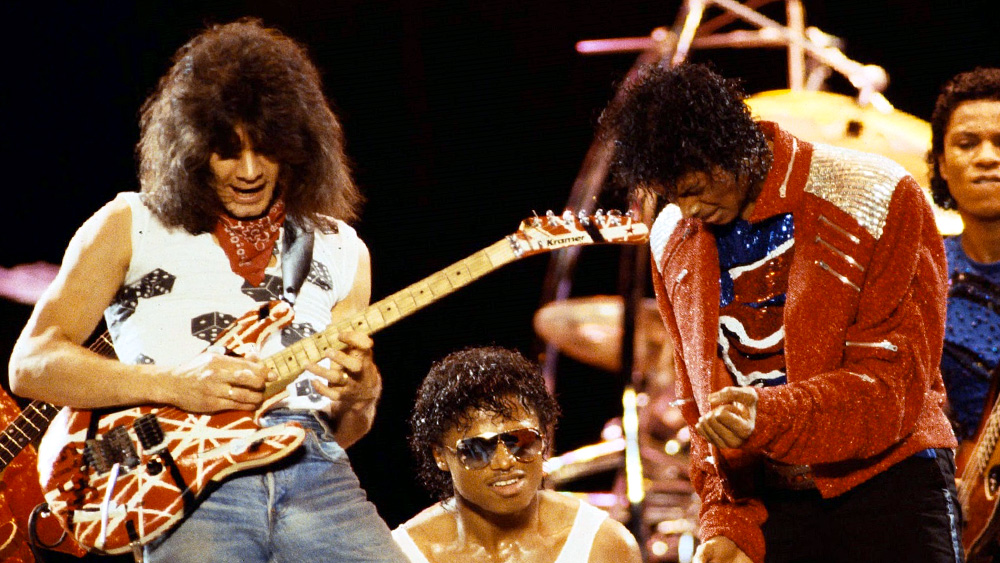 Guitarist Eddie Van Halen, who was part of the rock band Van Halen and played on Michael Jackson’s song ‘Beat It’, has died of cancer in Los Angeles at the age of 45.

In a interview with CNN back in 2012, Eddie Van Halen discussed working with Michael.

“I said to myself, ‘Who is going to know that I played on this kid’s record, right? Nobody’s going to find out.’ Wrong!” He said. “Big-time wrong. It ended up being Record of the Year.”

Michael left to go across the hall to do some children’s speaking record. I think it was ‘E.T.’ or something. So I asked Quincy, “What do you want me to do?” And he goes, “Whatever you want to do.” And I go, “Be careful when you say that. If you know anything about me, be careful when you say, “Do anything you want!” I listened to the song and I immediately go, “Can I change some parts?” I turned to the engineer and I go, “OK, from the breakdown, chop in this part, go to this piece, pre-chorus, to the chorus, out.” Took him maybe 10 minutes to put it together. And I proceeded to improvise two solos over it. I was just finishing the second solo when Michael walked in. And you know artists are kind of crazy people. We’re all a little bit strange. I didn’t know how he would react to what I was doing. So I warned him before he listened. I said, “Look, I changed the middle section of your song.” Now in my mind, he’s either going to have his bodyguards kick me out for butchering his song, or he’s going to like it. And so he gave it a listen, and he turned to me and went, “Wow, thank you so much for having the passion to not just come in and blaze a solo, but to actually care about the song, and make it better.” He was this musical genius with this childlike innocence. He was such a professional, and such a sweetheart.

I have a lot of respect for Michael. He’s going to be sorely missed. I’d be curious as to what he’d be doing right now.

It would have been fun to work with him again.”