Australian Fan Creates His Own Neverland 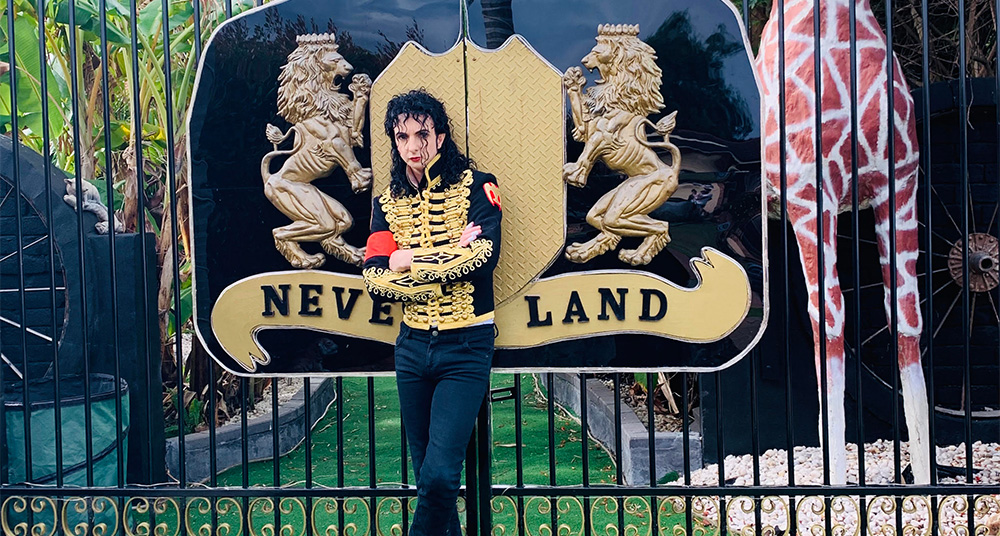 Jason Jackson is a Michael Jackson tribute artist from Sydney, Australia. Jason has been busy during the corona virus isolation and has put the finishing touches to transforming his parents backyard into Neverland.

Paula, MJWN’s correspondent in Australia, caught up with Jason to find out more about this devoted Michael Jackson fan and why he has gone to this extreme.

He recalls how he first became a Michael Jackson fan, saying; “As a child, I was diagnosed with bone cancer and was constantly in and out of hospital for a very long time. One day in 1979 on my way to the hospital for treatment, I heard Michael Jackson on the radio and I was blown away! It was in 1983 when I saw Michael Jackson do the first moonwalk on Motown 25 that I fell in love with Michael and knew that I wanted to be just like him. I had never seen a performer like the King Of Pop.”

From that time that Jason started looking at videos and anything he could get his hands on to practice his MJ routines. This led to his first successful performance in 1984 at a talent quest in New Zealand as a seven year old Michael Jackson tribute artist. In 1988 he moved back to Australia to pursue his career as a Michael Jackson artist whilst paying homage to his idol. He also performs at weddings, corporate functions, birthday parties and clubs.

When asked what made him transform his parents backyard into Neverland Jason said; “Ever since I saw Michael Jackson’s Neverland I was very intrigued and loved the way he created his own paradise so I decided to create a Neverland of my own and I am so proud of what I have achieved with the help of my parents.”

Jason’s parents have always supported their son’s love of Michael with his dad making all the animals and Jason’s mum even making all his Michael Jackson outfits for his shows.

The transformation has taken about twenty-five years to get to the stage it is now. The cost involved has been estimated by Jason to be in the one million dollar mark. Jason states that both his parents are very happy with the end result of all their hard work.“My parents absolutely loved the transformation of the backyard. It is relaxing and very beautiful to look at.”

Though this huge Michael Jackson fan may be over the moon and appreciates what they have accomplished with the final product, he still doesn’t rule out improvement in the future. For now though both Jason and his parents can relax and enjoy their own imaginary faraway place that they have brought to life and get some escapism from the outside world in their own Neverland.

You can read more about Jason Jackson at www.jasonjackson.com.au