Jennifer Batten Is Asked About Michael Most 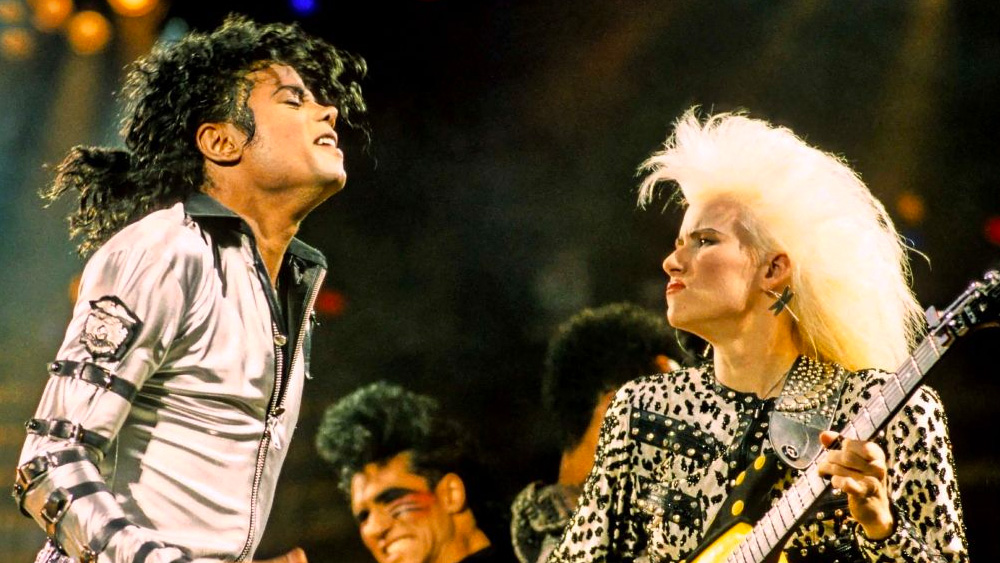 Michael’s guitarist Jennifer Batten has been on the road, not only performing but also giving instruction at her guitar clinics. She admits in an interview with guitarworld.com that she is asked more about playing with Michael at her clinics, than playing with Jeff Beck.

Guitarworld ask; What sort of questions do your students typically ask?
“I get a lot of the same questions, like, ‘What was it like playing with Michael Jackson?’ People always want to know about the audition. I get more questions about that than playing with Jeff Beck, which you would think, at a guitar clinic, they would be way more interested in him and details like songwriting and the nuts and bolts of it. But it tends to be pretty surface questions that I’ve answered a million times.”

She was also asked; Do you miss doing massive tours with Michael Jackson and Jeff Beck?
“I do in the sense that on the Michael Jackson tour we were so spoilt. As long as our luggage was packed and outside the door, we never saw it again until the next hotel, you know? That was one of the biggest money tours in history. I didn’t change my own strings for one and a half years. It was like a paid vacation, really. But after 30 years of doing it, I just want to be home. People say, ‘Where in the world would you like to go that you haven’t been?’ and I just say, ‘Home.’ Home is a holiday for me. I’m not that excited about seeing new places in the world, because I’ve seen so much and I’ve been lucky to do that. Especially on the Jackson tour. Most tours it’s so expensive to keep people out that you don’t have days off. If there are any you’re travelling to get to the next city. But with Michael, we only played two or three days a week, so we did have plenty of time to see every city we were in, all around the world.