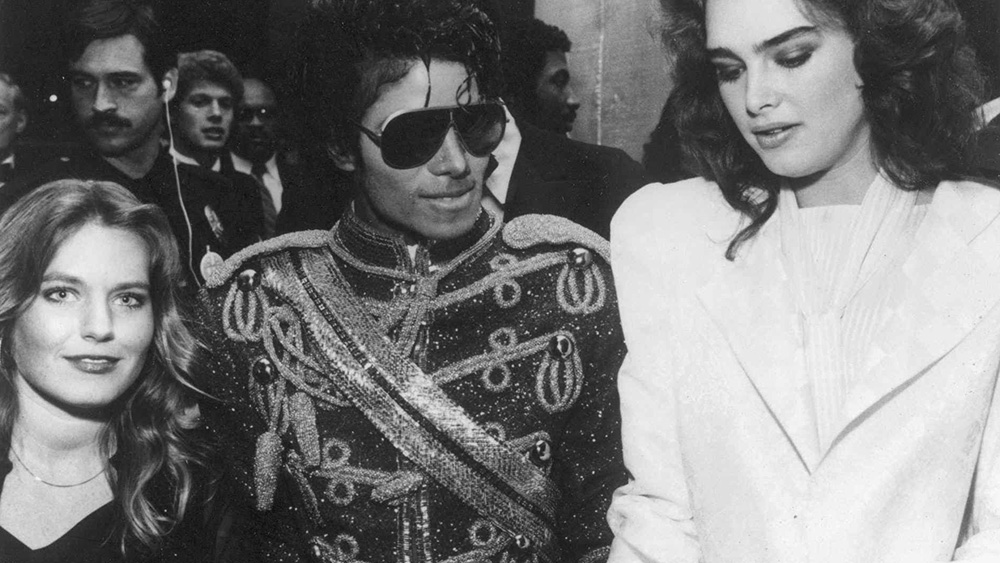 ‘Hiding From Michael Jackson: My Untold Story Of Embarrassment’ has been written by Charlotte Laws about an encounter she had with Michael in a camera shop. Here is Charlotte’s story…

Have you ever looked so scruffy that you want to crawl under a rug? Has your hair ever been so frizzy that strangers ask if you’ve been electrocuted by a toaster oven? Has your face ever been so puffy that it seems like you’ve ingested a tub of grease, a ten-foot-tall Tater Tot, or a salt mine?

This was me on a particularly embarrassing day in the 1980s when I was in my 20s. I had errands to complete and little time. I was wearing frayed gym shorts and a blouse that looked like it had been through World Wars I and II as well as Custer’s Last Stand. Frankly, I looked like a bag lady minus the lady. I resembled a bag.

I needed to pick up photos from a local camera shop. My plan was to dash in, grab my pictures, and scamper back to my car before anyone could shout, “What’s the Loch Ness Monster doing in LA?”

I was alone at the camera shop counter; the clerk had gone into the back to retrieve my merchandise. All of the sudden, pop star Michael Jackson entered, wearing a flashy satin shirt and black pants. He was accompanied by two other fellows who seemed like bodyguards. I was in shock and unsure what to do.

I tried to ignore Jackson and his cohorts because of my appearance. I was unsure whether they’d had breakfast and didn’t want them to regurgitate their Cap’n Crunch. But Jackson was not having any of my evasive nonsense and tried to strike up a conversation. Perhaps he was baffled as to why anyone would so willfully ignore him since he was an icon at the height of his fame. Perhaps he hoped to ease my discomfort. Perhaps he just needed a friend.

He stood on my right. I quickly turn my head to the left. Then he moved to my left. I whipped my head back to the right. He leaned around several times hoping to be acknowledged and finally spoke. “Hi,” he said in a meek voice.

With my face still turned, I mumbled, “Hi.”

He seemed to be searching for something to say. “You look like this girl.” He pointed at one of the many photographs displayed under a glass counter top.

I shifted my eyes ever so slightly so I could see the picture. No disrespect, but this woman was over forty and looked like Pee Wee Herman in a wig.

“Are you her?” he asked softly.

“No,” I exclaimed, still hiding my face. “And I don’t really look like this. I look terrible today.”

The clerk appeared with my package of snapshots, which I tore open at breakneck speed. I whisked out a picture of myself in which I was dressed to the nines. “This is what I really look like.” I offered it to Jackson, while still concealing my face. He studied the photo.

“This doesn’t look like you,” he replied in an innocent voice and again pointed at the girl under the glass counter top. “You look like her.” He clearly meant no harm and probably didn’t think she looked like Phil Spector during his mugshot.

“It’s nice to meet you, Mr. Jackson.” I finally revealed my face, smiled, and bolted to my car.

This embarrassing incident taught me one thing: you can run into anyone, anywhere, anytime. And these chance meetings can be beneficial, a stepping stone to achieving your dreams. The person you bump into might be an old friend with whom you hope to reconnect, a cute guy that you want to date, or a famous person that you’d like to befriend. It might be a politician who holds the key to important legislation, an executive who might give you a job, or a fat cat who could donate to your favorite cause.

I have learned another thing. Looking like a tattered Boo Berry can hinder your goals, especially when it kills self-confidence.

Charlotte Laws is a cable news contributor, a former California politician, and the author of the bestselling memoir, ‘Undercover Debutante: The Search for My Birth Parents and a Bald Husband’.