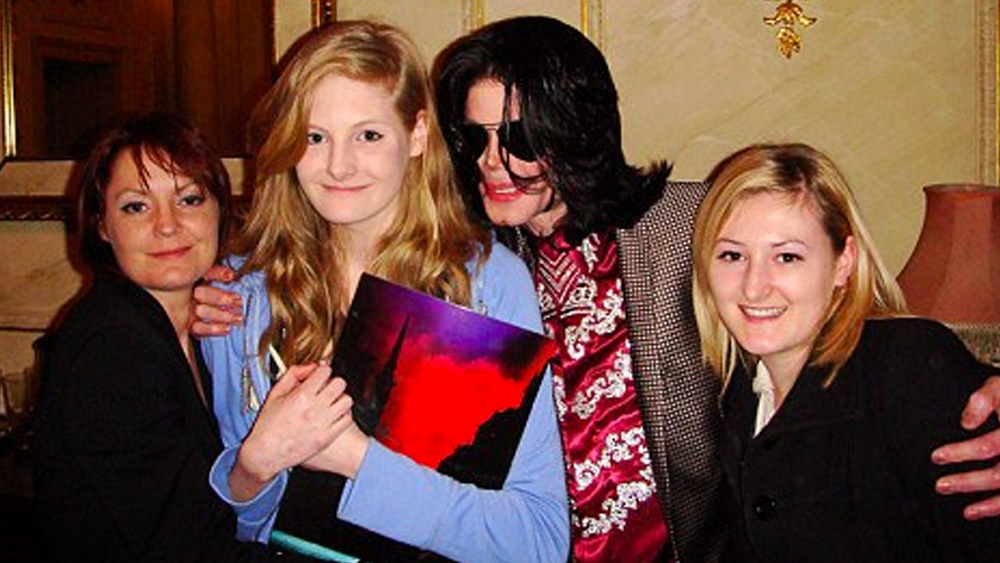 Mark Lester’s daughter, Lucy, has recently done an interview with gloustershirelive.co.uk and in the interview, she speaks about her Godfather, Michael Jackson.

Lucy is now twenty-seven years old and is a single parent who works with young vulnerable people. Her sisters, Harriet and Olivia and brother Felix also spent a lot of time around Michael.

Lucy explains that her dad, Mark Lester, met Michael when he was eighteen, but she didn’t meet him until she was about twelve. Her sisters used to visit Neverland Ranch, but she never really got chance as her school holidays didn’t coincide with the visits.

She met Michael for the first time at the ‘Four Seasons’ hotel in Las Vegas when Michael flew the Lester family out there. During this trip Michael became Godfather to Mark’s children and Mark became Godfather to Michael’s children. Lucy explains; “We flew over for the naming ceremony but the thing I remember most was that it was Halloween, which is really big in America, and we went trick or treating with Michael and the kids. I remember children walking past with their parents and saying;‘Look it’s Michael Jackson’ and then somebody else would say ‘Don’t be ridiculous, it’s someone dressed up as him for Hallow’een.’ It was so funny because nobody believed it was him.”

After this first family meeting, the Lester’s met up with Michael every time he came to England and in 2005, they all spent Christmas together in Bahrain. “I’ve never seen a tree that big and on Christmas Eve a Toys ‘R Us truck full of presents pulled up. It was like a film and it seemed so magical at the time,” Lucy recalls. She explained that Michael also hired two violinists to play during dinner and then they opened their presents. They received so many gifts that they had to buy extra bags to get them home, but they still had to have some shipped too. “I remember my dad looking at a big inflatable bouncy castle and saying ‘that’ll never fit into our back garden in Cheltenham,’” Lucy said.

Lucy recalls spending time with Michael’s children at the ‘Dorchester’ hotel in London and says they used to refer to each other as cousins. “My dad and Michael would be chatting and we would hang out with the kids. We would order pizza, chips and ice-cream on room service and sit around talking and watching TV and films. We grew up together and spent so much time together we referred to each other as cousins. There was one time when we were really, really bored and Michael cleared it his with security to take me, Prince and Paris to the cinema. Nobody knew what the kids looked like because they usually wore masks when they went out, but this the one time Michael said they didn’t have to and we went to see Bolt in 3D.”