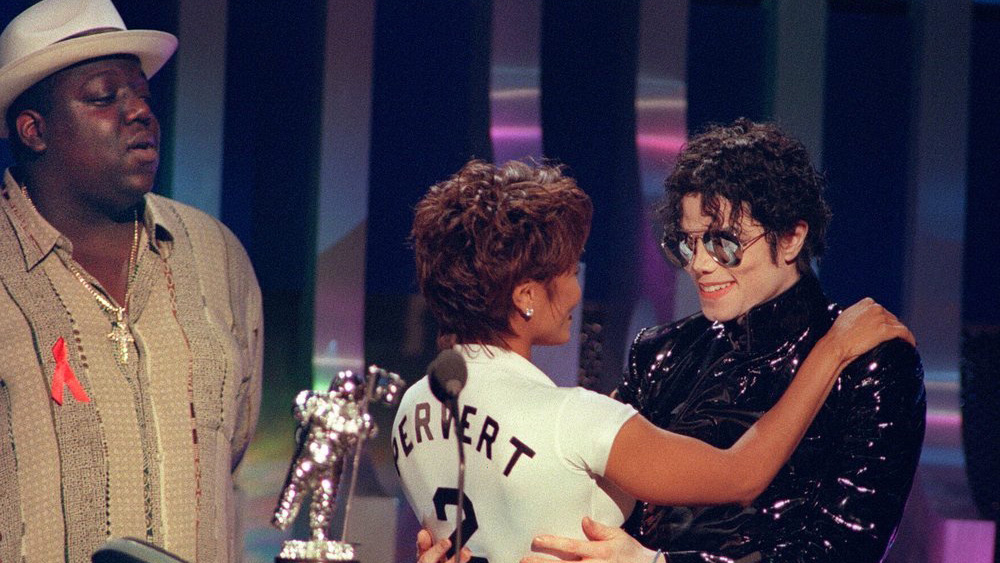 Notorious B.I.G. was one of the few rappers who worked with Michael. Last year, a user on Reddit found a post from 2009 in which a music engineer remembers when they both worked together on Michael’s ‘This Time Around.’

The engineer explained that he and producer Dallas Austin recorded Biggie’s vocals. Biggie then went to the studio and wanted to meet Michael, but they asked him to record his verse first. He explained; “During his first take, Dallas and I looked at each other, because it was spot on. I was impressed and so was Dallas. We listened back and Dallas was like; ‘Wow, I think we got it.’ As I recall, we took another take for good measure, but I’m fairly certain that we ended up using the first take.”

Later, Michael came in and Biggie nearly broke out in tears, the engineer explained. He continued by saying that he could tell how much it meant to Biggie and that Michael would have this effect on anyone, even the most hardcore rappers! He said Biggie was tripping up on his words, bowing down and telling Michael how much his music had meant to him in his life. Michael was, as always, very humble and kept smiling while Biggie just went on and on how much he loved him.

Michael then wanted to hear the song and the engineer said he loved it and thanked Biggie for coming over to the studio. “Biggie asked rather sheepishly whether he could get a photo and Michael agreed,” the engineer said. “A shot was taken, we listened again and Michael thanked Biggie. Michael said goodbye and stepped out, leaving Biggie standing there looking completely stunned.”