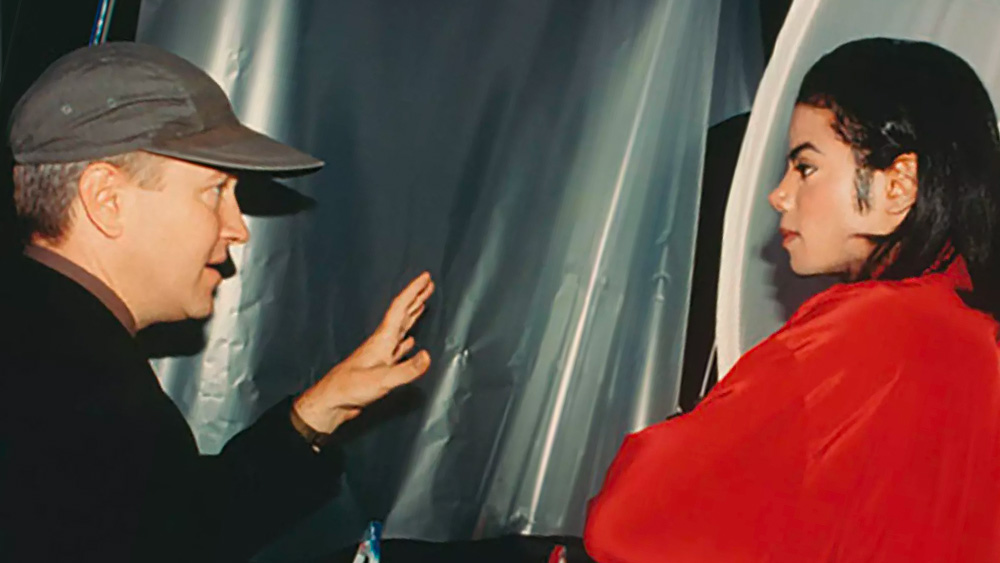 A new biography written by filmmaker David Lynch and co-writer Kristine McKenna has been released this week called ‘Room To Dream.’

Michael had previously expressed an interest in the Lynch’s 1980 film, ‘The Elephant Man’ and worked with him on his teaser for the ‘Dangerous’ album, which is mentioned in the book.

Here’s what Lynch has to say:

I’m in the living room in L.A. and my phone rings and there’s Michael Jackson on the phone, telling me he wants me to do some kind of trailer for his album ‘Dangerous.’ I said, “I don’t know if I can do it; I don’t have any ideas for it,” but as soon as I hang up and started walking toward the hall, all these ideas came up. I called back and said, “I got some ideas,” and I worked on that with John Dykstra in his studio.

We built this miniature world that was a red room with a little teeny door and in the room were these weird modern-shaped wooden trees and a mound with silver fluid that was going to erupt in flames and then reveal Michael Jackson’s face. It was stop-action, and it took a long time to do. For me, things don’t have to be so exact, but these people working on it plotted it out to the nth degree. The trees were lacquered red or black and the people who went in to move them wore white gloves and moved them along this precisely marked-out route.

That was one part of the thing. The other part was shooting Michael’s face and we had a camera rig for that with a circle of lights that created this fantastic look of focus with no shadows. All Michael had to do was stand in one place for a few minutes…I met him for the first time and all he wanted to do was talk about the ‘Elephant Man.’  (He) was a really nice guy. Then he stood there and we shot it and one minute later he was done.

Here’s the trailer for ‘Dangerous’: