How Michael’s ‘Thriller’ Jacket Came To Be 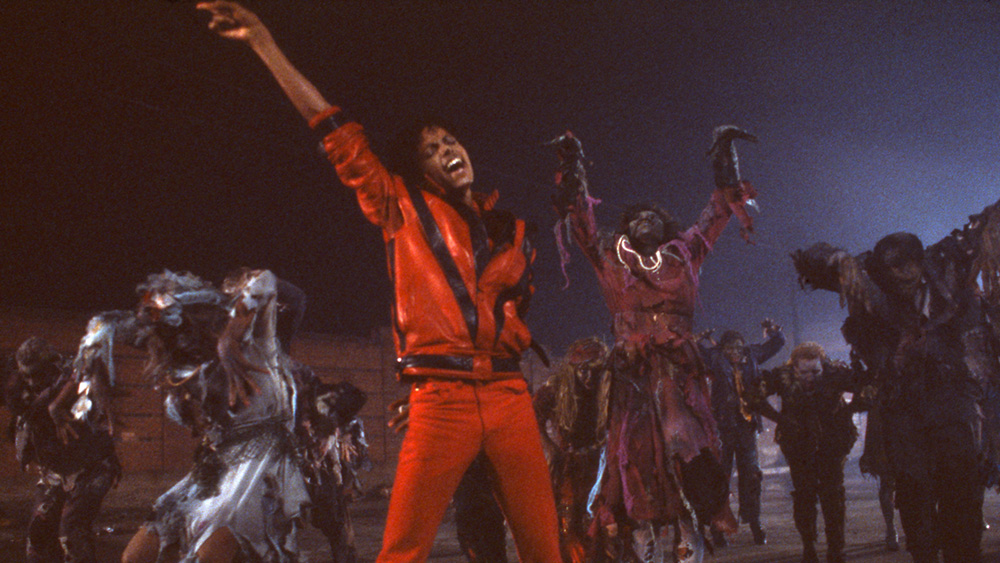 Costume designer Deborah Landis has explained how the setting for ‘Thriller’ and Michael’s physique, influenced the style of his iconic red leather jacket design.

“There are moments when I say to someone, ‘Oh yeah, I designed Michael Jackson’s ‘Thriller,’” and I don’t believe it,” Deborah Nadoolman Landis said. “I feel like I’m lying!”

Landis is a TV and film costume designer. Her credits include ‘Raiders of the Lost Ark,’ ‘Coming to America,’ ‘The Blues Brothers’ and ‘Animal House.’

She attributes the look of Michael’s ‘Thriller’ jacket to reductive design.

“It’s not, ‘What is reductive design?’ The right question is, ‘What do you mean by reductive?'” She explained. “Where the word reductive comes in is…what cannot the costume be?

He was in a movie theater. He was on a date. Then he left the movie theater. He danced in a dark alley. What was a color that really captured that moment, that captured the spirit of a horror film? Surrounded by zombies, what would really, really make sense. And that’s the making sense is the criteria we use the most narratively and visually. That’s reductive design. I came up with that red, and that red look, I think it just works on every level.

It was the ’80s and I really felt like I wanted to build out his body. He was not a very big person. I like to say he was 99 pounds ringing wet. He had a 27-28 inch waist. His shoulders were extremely narrow. He weighed practically nothing. There was some deliberate bodybuilding on my part.

When they’ve first left the theater and he’s flirting with her and dancing around her and she’s dancing forward and they’re by that chain link fence, I love that part of the video. He’s so appealing and attractive. The silhouette and the mass, especially up top, really work in the dance. He’s the tip of the arrowhead, that triangle pushing forward on that street in the back alley by the cemetery with all the ghouls. The fact that he has that V, the fact that his body is a V from his navel out to the edge of his shoulders, it’s graphic! It’s active! There’s a tension there! That combined with the colour just pulls him forward. Even the camera movements in that moment in the dance. When it goes BOOP BOOP BOOP BOOP. Everything combined. The look, the style, the shape, the silhouette and the music, and the talent were combined, and the choreography is bringing Michael absolutely right at the tip of your nose.”