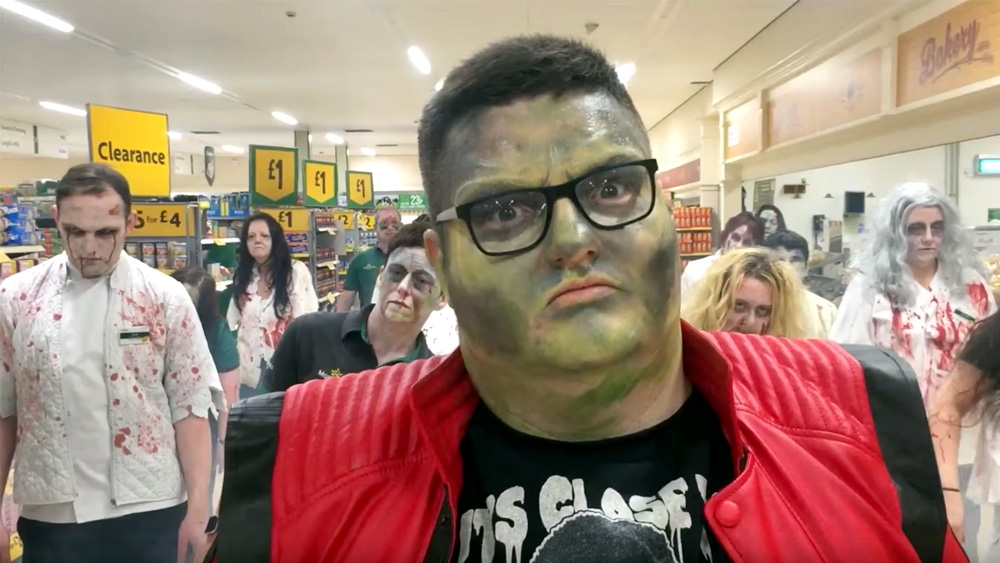 Preparing for Halloween, the staff at Morrisons supermarket in Jarrow have been coming in early to work in preparation of their ‘Thriller’ performance.

The staff at the this South Tyneside store have done Michael proud with their video which has been shared thousands of times.

Store Manager David Grey said; “I think it’s already the most viewed video ever on the Morrisons staff intranet, everyone is talking about it. The idea for it came up from a Your Say forum, where discussions were being had on boosting staff morale. We just thought why not? The staff involved did it in their own time, coming in at 6.00a.m. every morning for a week while we filmed the different parts. I’m mega proud of them all!”

The star of the video is Lee Hewitt, who stepped away from the oven fresh counter and into Michael’s shoes. “I can’t believe it. I’ve already been recognised by loads of customers. I’ve been dead embarrassed but it was so much fun! The dance routine is so iconic and I wasn’t sure we’d get it en pointe but I think we did. We’d been practising for a few months and then filmed it on Sunday morning.”

The store’s Community Champion Andria Williams also appears in the video, along with her little boy. “I don’t know how long the original video took to film, but I don’t think a week is bad going,” she joked. “We’ve been rehearsing in the diner room, using laptops at home and we’re just all really excited by the response it’s had so far. It’s already reached as far as New Zealand and I definitely think Michael Jackson would be proud. Who knows he might have even been there in spirit!”

Watch them do ‘Thriller’ in this video: