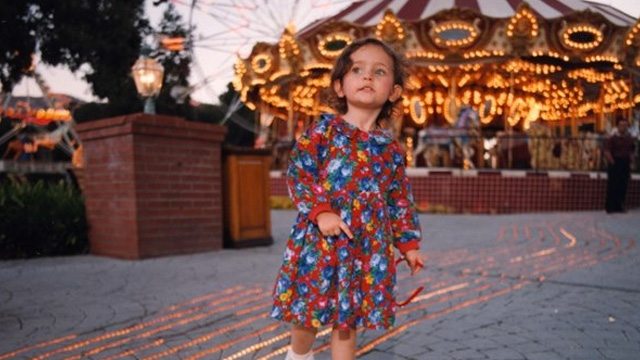 In her first-ever in-depth interview with ‘Rolling Stone’ magazine, Michael Jackson’s daughter, Paris, discusses her father’s pain and life after Neverland. Here are a few excerpts taken from the interview.

“They always say, ‘Time heals,'” she says. “But it really doesn’t. You just get used to it. I live life with the mentality of ‘OK, I lost the only thing that has ever been important to me.’ So going forward, anything bad that happens can’t be nearly as bad as what happened before. So I can handle it.”

Michael still visits her in her dreams, she says: “I feel him with me all the time.”

She has an image from the cover of ‘Dangerous’ on her forearm, the ‘Bad’ logo on her hand, and the words QUEEN OF MY HEART – in her dad’s handwriting, from a letter he wrote her – on her inner left wrist. “He’s brought me nothing but joy,” she says. “So why not have constant reminders of joy?”

On her right wrist is a rope-and-jade bracelet that Michael bought in Africa. He was wearing it when he died, and Paris’ nanny retrieved it for her. “It still smells like him,” Paris says.

She shares her father’s heal-the-world impulses. “I’m really scared for the Great Barrier Reef,” she says. “It’s, like, dying. This whole planet is. Poor Earth, man”, and sees fame as a means to draw attention to favored causes. “I was born with this platform,” she says. “Am I gonna waste it and hide away? Or am I going to make it bigger and use it for more important things?” Her dad wouldn’t have minded. “If you wanna be bigger than me, you can,” he’d tell her. “If you don’t want to be at all, you can. But I just want you to be happy.”

Paris Jackson was around nine years old when she realized that much of the world didn’t see her father the way she did. “My dad would cry to me at night,” she says, sitting at the counter of a New York coffee shop in mid-December, cradling a tiny spoon in her hand. She starts to cry too. “Picture your parent crying to you about the world hating him for something he didn’t do. And for me, he was the only thing that mattered. To see my entire world in pain, I started to hate the world because of what they were doing to him. I’m like, ‘How can people be so mean?'” She pauses. “Sorry, I’m getting emotional.”

You can read the full interview here.