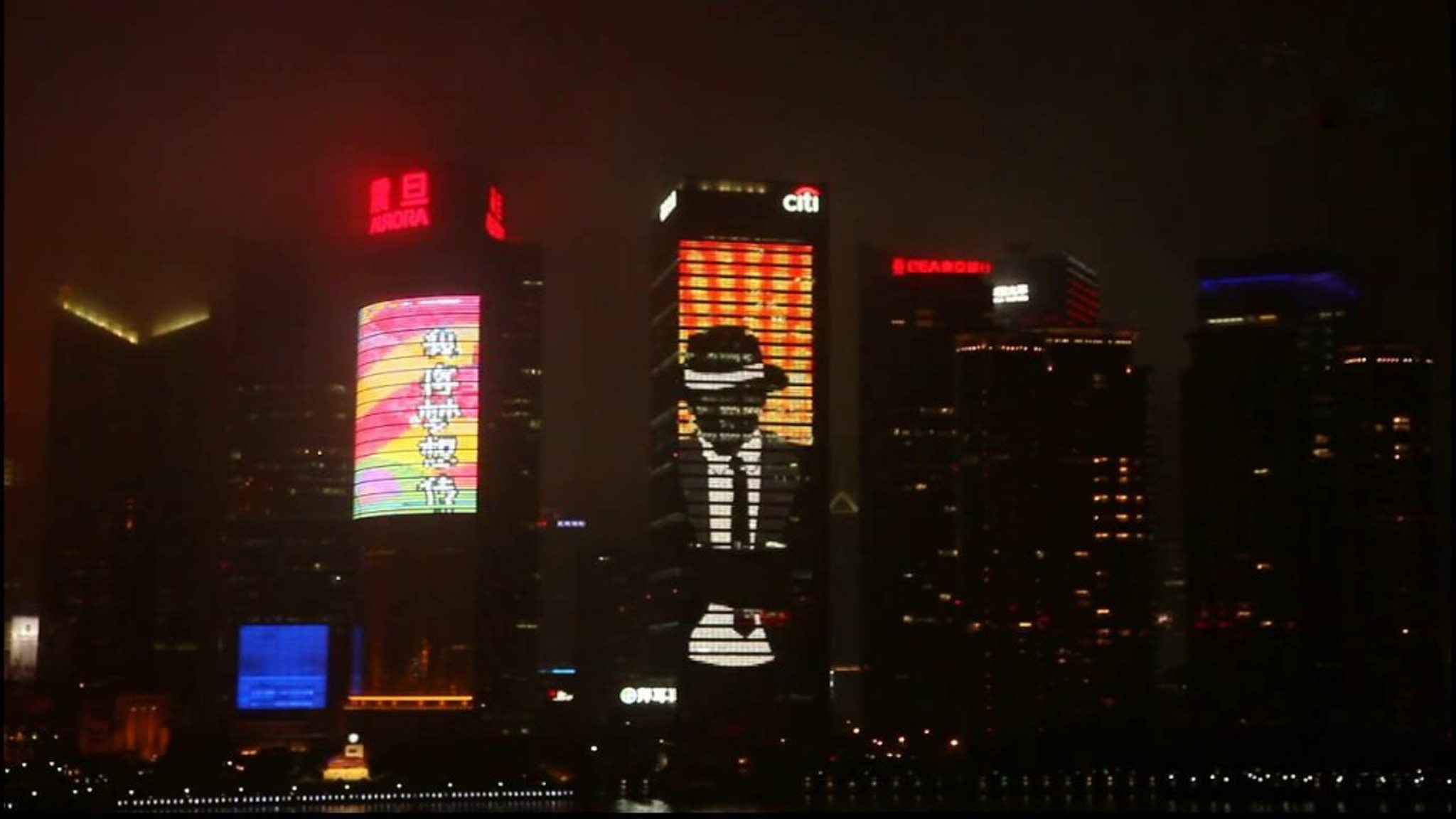 Shanghai-based Xu Hao and his friend Zhao Yongbin have brought the King of Pop to the city’s biggest outdoor screen. Estimated to cost at least 500,000 yuan ($76,000), the LED screen covering the Citigroup Tower on the Bund is about 140 meters tall and 43 meters wide.

“Michael Jackson has never performed on the mainland. So, to mark the 7th anniversary of his death, we tried to arrange for fans to dance with him,” Xu told China Daily. “It’s a dream come true,” he added.

June 25th is an important day for Michael’s fans in the country and they hold events to express their love for the idol. Explaining how the idea came about, Zhao said Xu was not content with flash mobs and candle-lit nights and was thinking about “something big”. They then spent time collecting money, not only for the LED screen but for a video shoot with the Chinese fans.

The video was originally scheduled to debut on the June 25th, together with special events in Beijing and Shanghai but it was premiered a couple of days earlier. “We’re glad if the world sees Chinese people act, motivated by their love for their idol,” Xu said.

According to head of Michael’s Chinese fan club Zhang Rui, known as Keen, on MJJCN.com, the news of the giant screen reached some of Michael’s friends in the United States. Michael Prince, Michael’s long-time recording engineer, called the idea superb, and beyond amazing, Zhang said.

Here is the Chinese tribute to Michael.

Source: China Daily & MJWN with special thanks to Keen(MJJCN)