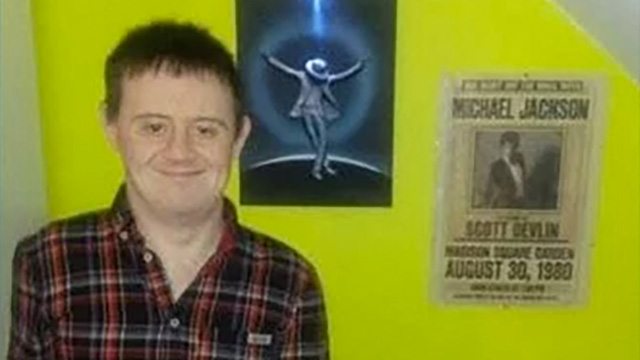 On Wednesday, 30th March, we uploaded a story about Michael fan, Scott Devlin, who has been in hospital being treated for cancer. His aunt, Scotty Aesen, from South Carolina in the USA, who originally contacted us about her nephew, has been in touch to say a big “thank you” to all Michael’s fans who have sent Scott good wishes and presents too!

Here is what Scotty said;

“Just a little note to let you know that Scott is home for the week then he will return to the hospital for the next round of chemo. He is weak but he is holding up so well.

I want you to know that, thanks to MJWN, he has received so many wonderful cards and letters from all over the world. It has been unbelievable! He is in his glory. He sits in bed with his white glove on and his Michael Jackson watch. I also sent him a M.J. Pillowcase because his hair is coming out and I wanted him to put his head right next to M.J.

Michael’s fans have just opened their hearts to him and we want them to know that words cannot describe how grateful we are. Thank you!”

If you would like to send Scott your best wishes and anything really you may feel will help him through this difficult time, here is his address:

Source: MJWN with special thanks to Scotty Aesen