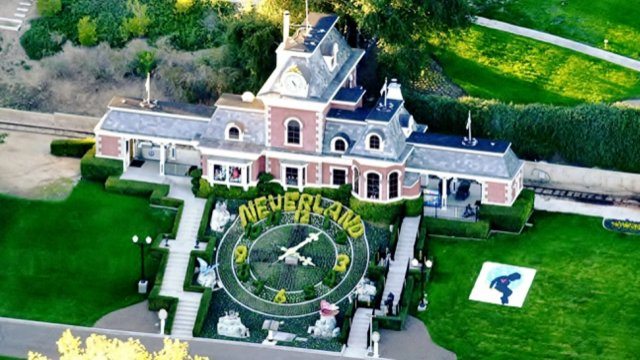 Almost a year ago, in May 2015, Michael Jackson’s former Neverland Ranch hit the market. The 12,598-square-foot French Normandy-style home sits on 2,698 acres in the Santa Ynez Valley, northeast of Los Angeles. It has six-bedrooms, a four-acre lake with waterfall, an outdoor barbecue, a pool house, three guest houses, a tennis court, and a 5,500-square-foot movie theater and stage. Asking price back then? $100 million. Asking price ten months later? $100 million. The reason for the lack of movement on the price tag isn’t a stubborn seller or the lack of draw. (It really has a fairy-tale feel.) Homes in the highest echelon of the real estate market everywhere simply aren’t selling fast. The key to unloading a $100 million dollar property these days? Patience.

“The uber-luxury high-end market is not anywhere near where it was three, four, five years ago,” said Brendon DeSimone, real estate expert with listings site Zillow.com. “That market has just really slowed down, and there are only so many billionaires who can afford to buy these homes.” Bloomberg, by the way, counts at least two-hundred global billionaires, but not all of them are looking for a far-flung ranch.

Dropping oil prices, fluctuating stock markets, and weak currencies have led to slowdowns in the world’s priciest markets. International buyers are still a force in the American real estate market, in part because high-net-worth individuals are looking for safer places than the stock market to park their cash. But it’s a little riskier to invest in a property that’s off the beaten luxury path, no matter how storied its pedigree. Sycamore Valley Ranch, as Neverland is now called, has three major hurdles to overcome: location, location, location.

The property purchased from Michael in 2008 with a $23.5 million note from Thomas Barrack Jr.’s Colony Capital LLC is located in Los Olivos, a town of around 1,100 residents located about 130 miles northeast of L.A. That’s pretty far from the proliferation of the highest-end homes. “Most of the homes in these price ranges are waterfront, or with ocean views, or they’re in the cities,” said DeSimone. “They’re concentrated in L.A., New York, San Francisco, and according to Zillow, Neverland is asking nearly two-hundred times the median home value of $548,500 in Santa Barbara County. Wayne S. Natale, real estate broker for nearby Village Properties and a 30-year veteran of real estate in the Santa Ynez Valley, said there are few truly high-end properties in his domain. (He doesn’t represent Neverland but has toured the property many times.) Only a couple of homes above $4 million sell each year. There’s almost nothing to compare Neverland to, no comps to settle the stomachs of nervous buyers. Just as the singer was inimitable, so is his property.

“There’s never been a $100 million sale in the Santa Ynez Valley,” Natale said.” If it was in Aspen, it would be a $100 million property, or maybe if it was in upstate New York or the Hamptons. But here, that asking price has a lot of blue sky in it.”

To be clear, he’s not saying the property won’t fetch that price, just that it might take a long time. While for-sale homes in Santa Barbara County stayed on the market for an average of just seventy-five days in 2015, according to Zillow, it’s perfectly normal for unique, high-end homes to stay on the market for much longer. Despite rumors last year that China’s version of Ebay unsuccessfully tried to auction Neverland off, its sellers aren’t resorting to wild techniques; a source close to the property called that report a hoax.

“Any property in the valley that’s even $3 million and up, it’s typically on the market for two to three years,” said Natale. Take a $125 million, 12 bedroomed, 13 bathroomed home located an hour from Neverland,  right in Montecito, with those ocean views and almost 30,000 square feet. It has been on the market since 2014, repped by the same folks who took on Neverland. There hasn’t been a price cut. On Zillow, only four other properties were asking $100 million or more this year. One is the Playboy Mansion, which listed earlier this year for a cool $200 million. It’s still on the market with agents at Hilton & Hyland and The Agency, now. The others include a $135 million, 8,000-square-foot  Beverly Hills estate with 7 bedrooms and 10 bathrooms; it has been on Zillow for about one-hundred and fifty days. On the East Coast (there’s no public listing between the coasts in this price range), a 13 bedroomed, 35 bathroomed home on Long Island Sound in Great Neck, N.Y., is asking the same price as Neverland; it has been on Zillow for almost two-hundred days. Some sellers do consider price chops. Take Elk Mountain Lodge in Aspen, Colo. Owned by Bill Koch, the 27 bedroomed, 32 bathroomed mansion hit the market last year for $100 million. It was delisted and then came back a couple of weeks ago, asking $80 million.

In truth, not much is selling for those prices, anywhere, at least not publicly. The most expensive home sold on Zillow in 2015 went for $46.3 million. That was Kenny Rogers’s old place, with 23,988 square feet in Bel Air. The most recent property on Zillow’s list of the ten most expensive  homes sold last year is in Great Neck, N.Y. It went for a wee $19.9 million. That doesn’t mean that supply is truly limited. Many high-end properties aren’t listed publicly. “When you start getting north of $10 million, it’s a lot of that stuff never goes to market, a lot of pocket listings or quiet listings,” said DeSimone. “They’re only sold through brokers you know.”

While many of the country’s most expensive homes are in high-end hot spots, Los Olivos is not an obvious place to invest in luxury real estate. “People who come here are looking for a place in a rural community where they can have peace and quiet and relax,” said Natale. “They’re not into the cocktail parties every Friday night.” He calls it a Levis and t-shirts kind of place, for people who love horses or vineyards, but not the limelight.

“When Michael Jackson was up here, he didn’t go around the community much,” said Natale.” He had his own environment, his own kingdom out there.” Even if Michael wasn’t a presence in the town, MJ’s legacy could still help the property fetch a premium price. “If somebody wants to buy it and thinks that because Michael Jackson owned it, that has monetary value, it’ll sell for $50 million or above,” says Natale. “It’s going to take somebody that falls in love with it, and then the $100 million doesn’t make any difference to them.”