‘Behind The Mask’ By Dr Patrick Treacy 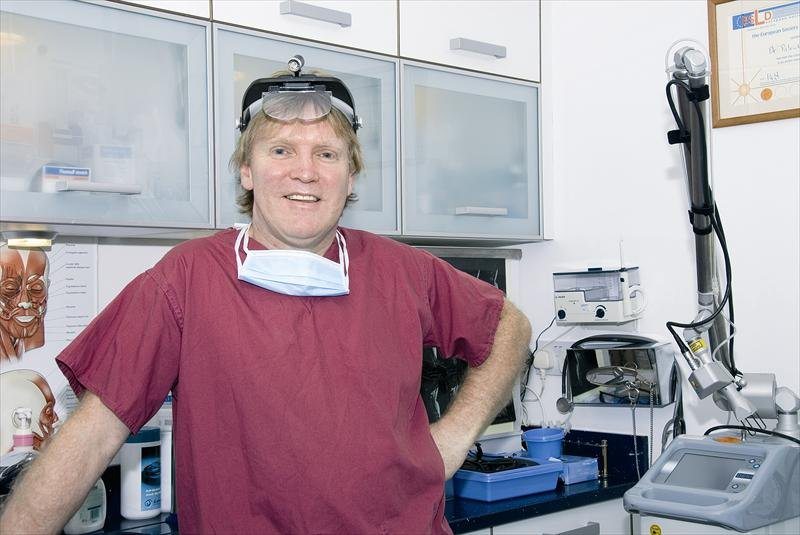 According to a new book by Dr Patrick Treacy, Michael’s Irish doctor, Michael’s dream was to make a home of his Irish idyll. The book tells of how after a long summer in an Irish midlands hideaway horseriding with his children, the King of Pop confided in his friend, Dr Patrick Treacy, that he had rediscovered his happiness here. It also reads that Michael Jackson was at his happiest exploring the Irish countryside on horseback, and desperately wanted to raise his children in Ireland.

Following his acquittal on child molestation charges in 2005, Michael famously retreated to Rosemount village in Westmeath for six months with his family. In his autobiography ‘Behind The Mask’ however, Dr Patrick Treacy reveals how the legendary singer was plotting to make the move more permanent before his shock death in 2009.

Chauffeur-driven from the capital to Coolatore House, Michael’s midlands hideaway, one summer evening, Ireland’s top cosmetic doctor claims his world-famous client confided over a glass of wine: “Patrick, I love Ireland, and this would make a great place to raise children. We get to do a lot of things together here. I’m working on it. I just have to get myself back out there, sort out my finances, and I’ll set up home here.”

“Michael mentioned that he wanted his kids to have privacy while they were growing up,” he continues in the book. “He said he was happier than he had been in a long time and that he liked life in rural Ireland, wandering in the hills on horseback with his family. He said they were sleeping like logs as soon as their heads hit the pillow because of all the fresh country air.”

Globally renowned for his groundbreaking work in facial aesthetics and hair restoration, the former flying doctor from Fermanagh first met Michael during a top-secret consultation at Dublin’s Ailesbury Clinic – during which the superstar implored the medic to help him “look his best”. Dr Patrick Treacy recalls his bemusement when the most instantly recognisable man on the planet introduced himself:

“Hi Doctor Treacy – I’m Michael Jackson. I’ve heard much about you and I’d like to become your patient.”

“It happened so quickly that I was totally unprepared. He was the last person I expected to walk through the door. Michael was slightly taller than I had expected: slim, but not too thin. He wore a black fedora, his curly hair was tied at the back and he had a smile so infectious that it was impossible not to warm to him. His jacket was made of velvety black suede and it covered a white V-necked jumper that stretched tightly over his light frame.”

Ushering Michael into his office to discuss a cosmetic procedure for his face, Dr Treacy now confesses to having to pinch himself as the then 47-year-old removed his sunglasses and placed his famous fedora on his desk.

“It was a surreal moment,” he writes. “I knew it probably wasn’t the same hat that I had seen the singer tilt forward on his head, or fling jubilantly into the air at the end of a concert, but that was how it felt. I would have loved to tell someone about meeting the star, but, of course, I couldn’t. Afterwards the urge to call my brother Sean almost got the better of me, but good sense prevailed.”

Although he doesn’t reveal exactly what Michael had done at Ailesbury in his memoirs, Treacy admits to being taken aback by Michael’s skin colour and he insists the ‘Black or White’ singer was telling the truth when he maintained it was vitiligo that has transformed him from black to white over the decades. Recalling the moment the former child star lifted his shirt to reveal the true extent of the chronic skin condition during one consultation, Treacy tells:

“I was rather shocked to see the extent of his disease. The condition covered most of his body, making me believe that he had had it for many years. He told me that when he was younger, he had tried to hide the disease, as he felt that his fans wouldn’t listen to his music if he appeared less than perfect. Initially, he tried to cover the white patches with black make-up, but as time went on, and the disease progressed, it became easier to bleach out the small black patches left on his face, neck and hands. When he eventually found the courage to tell the world of his illness, it was deemed untrue, an excuse for his changing skin colour. I felt really sorry for him.”

Despite stuffing his pockets with expensive potions at the exclusive D4 clinic and belatedly settling his account in rolls of dollar bills, over the course of the summer of 2006, the King of Pop and Ireland’s Prince of Plastic Surgery became close friends, according to the latter:

“By the time the long days of summer had abated, Michael and I had fallen into a routine of chatting casually, often for an hour or more, before I would begin any treatments. He used to call me nearly every other day on the phone, and I looked forward to our conversations. There were times I felt like Michael was alone and needed a close friend to chat with. ‘I hate growing old,’ he said, ‘and will have to stay in Ireland forever for you to keep me young’.”

After a productive six months at Paddy Dunning’s Grouse Lodge recording studios however, the dad-of-three was almost ready to relaunch his musical career, and was most certainly ready to leave the harsh Westmeath winter behind.

“Towards the end of December Michael phoned to tell me he was going back to the United States to escape the worst of the Irish winter,” says author Treacy. “He later contacted me to say that he was living in Las Vegas and would try and get back to Ireland as soon as he could. Michael called from time to time to say how much he and the children were missing Ireland, and that he hoped to make it back as soon as he could. The years passed and other events began to take over his life, though. He never returned to Ireland.”

Just like millions of others around the world, the Garrison native was watching television when news of Michael’s sudden death broke on June 25, 2009 – just three weeks before he was due to make his sold-out comeback at London’s O2 Arena.

“I was at home in Ballsbridge when a breaking news report came on television,” he remembers. “I shook my head in disbelief when the news bulletin said, ‘We’ve just learned Michael Jackson has died’.”

As the story unravelled to reveal that Michael had died after a heart attack triggered by a cocktail of prescription drugs, including anaesthetic propofol, Dr Treacy reveals how he was left haunted by a throwaway remark by the star that he “wouldn’t have sedation without an anaesthetist present” while discussing pain management at the Ailesbury Clinic some years earlier.

“Even though it meant nothing much at the time, those words would ring loud in my head on many occasions in the years after his premature death,” he writes. “During the trial of the person accused of causing his death, Jackson’s personal physician Dr Conrad Murray, defence lawyers produced a scientist who stated that Michael had injected himself with a dose of propofol after an initial dose by Dr Murray had worn off. This is totally at odds with what I witnessed that night. My patient openly stated to me that he wouldn’t receive sedation unless an anaesthetist administered it. I never saw any drugs in Michael’s house, and he never asked me to write him a script for anything stronger than diet pills.”

Ahead of Murray’s trial for involuntary manslaughter in a Los Angeles County courthouse later that year, which resulted in a guilty verdict, Michael’s Irish medic even found himself being quizzed by the LAPD – but was never called to testify. Speaking about his decision to jet to the States in a bid to clear Michael’s name, Treacy tells:

“I decided to go to Michael’s funeral and visit Neverland to pay my respects and say goodbye to him for the last time. It was awful for me to know that, in my experience, Michael was not a drug addict, and to see his good name muddied once again on the world stage. I felt that Michael’s legacy was being tainted and, as a friend, this saddened me.”

Six years on, while fans might remember Michael as the greatest entertainer of all time, Dr Treacy says he still thinks of his friend Michael as an ordinary dad, whom he once saw tucking his young son into bed and kissing him goodnight in a country pile in the heart of the midlands. “There was something extraordinary about witnessing that moment in a dimly lit room in the centre of the Irish countryside,” he says. “I had always thought that Michael Jackson was in his element on stage, but this was his element. He was very obviously a doting father, much loved by his children, someone far removed from the media’s interpretation of him.”

“Behind The Mask,” the extraordinary story of the Irishman who became Michael Jackson’s Doctor by Dr Patrick Treacy with Frances Kenny, published by Liberties Press, is out on October 2.

The book also shares with fans Dr Patrick Treacy’s phone chat with Madiba where, Michael Jackson asked his Irish doctor to help organise “a big concert in Rwanda for all the children suffering from HIV” – and once even put him on the phone to Nelson Mandela in the middle of an appointment in a bid to make the dream a reality.

During one memorable consultation, Dr Treacy recalls the humanitarian singer handing him his mobile phone and urging him to say ‘hello’ to the familiar voice on the other end. “Chat to him!'” the Ailesbury Clinic founder recounts the star saying, in his new book. “Go on, it’s my friend. He’ll help us with the concert in Africa.”

“I sighed and took the phone. It was hardly the time to start talking to someone who I presumed was a concert promoter.”

“So, are you going to help Michael and me get this concert in Africa organised?” I asked. “‘We can make everything possible here in South Africa,” the man on the phone answered. “Feeling that a joke was being played on me, I asked the man on the phone who he was. ”It’s Madiba,” he laughed back. “Who’s Madiba?” I replied, absent-mindedly. Michael took the phone back just as I realised that the distinctive voice on the other end of the phone was Nelson Mandela.”

Source: The Irish Independent Newspaper & MJWN with special thanks to Dr Patrick Treacy