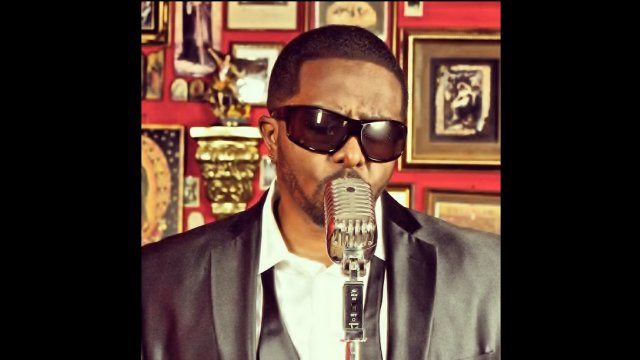 You hear celebrities talking about their memories of meeting the King of Pop all the time and it seems that no matter how big a star they are themselves, they all seem a little starstruck and humbled when they meet the biggest star of them all!

Steven Russell Harts, a man with a golden voice himself, the lead vocals of the multi-platinum recording R&B group TROOP (Total Respect Of Other People) and a Grammy Award-winning songwriter and producer for some of the biggest names in the music industry was no different when he met Michael Jackson. This is what Steven had to say in an interview with Soul Train when he recalls that special time in his life when asked if he ever got the chance to meet Michael.

“Yes, I met Michael Jackson in 2001; It was right after 9/11. I met him on my trip to New York. I was working with the group B2K and I had produced the songs ‘Why I Love You’ and ‘Gots Ta Be.’ I was in the office with a good friend of mine who was running the label at the time, and his boss brought Michael Jackson into the room, and I was like ‘WHAT?!!!’ (laughs). There were four guys in the room at the time and all got quiet like little girls (laughs) when he walked in. He was so petite, so nice, so humble, and not at all walking around all cocky like. I mean this dude is the biggest guy on the planet, and so humble, soft spoken, real cool. I was so happy when I shook his hand. I held his hand for as long as he would let me (laughs). Shoot, that’s Mike right there! Michael Jackson was my everything. It was one of the best days of my life!”

Steven has been a life long Michael Jackson fan and started his career while still at school in his hometown Pasadena imitating and performing his idols songs. He has stated in another interview that while growing up he wanted to be just like Michael Jackson. Michael’s influence has played a big part in where music and his talent has taken Steven and at times even in his choice of songs that he has recorded. Steven and the rest of the members of TROOP took the Jackson 5’s song ‘All I Do Is Think Of You’ with their own rendition right up to number one on the US R&B Billboard charts and Steven has also done a brilliant cover of Michael’s legendary ‘Rock With You.’

To be able to cover a Michael Jackson classic, firstly you need an amazing voice, and then you need a whole lot of passion for the Artist that you are paying tribute to. Steven Russell Harts has a whole lot of both and you can hear it clearly when he sings ‘Rock With You.’ Three touching words that sums it all up from Steven in a recent conversation with the man when asking him about Michael are, “He made me!”

For those that may not already have heard Steven’s cover of ‘Rock With You’ from his ‘So Random’ album, you can listen to it here.

‘Rock With You’ – Steven Russell Harts

At present Steven has been doing some great things in the recording studio and together with TROOP has been bringing down the house with concerts in America. Hopefully we will get to hear another beautiful cover by Steven of one of Michael’s songs soon.

Steven Russell Harts cover of ‘Rock With You’ and his other music are available from i tunes and Amazon.

Source: Paula Katsikas and MJWN with special thanks to Steven Russell Harts