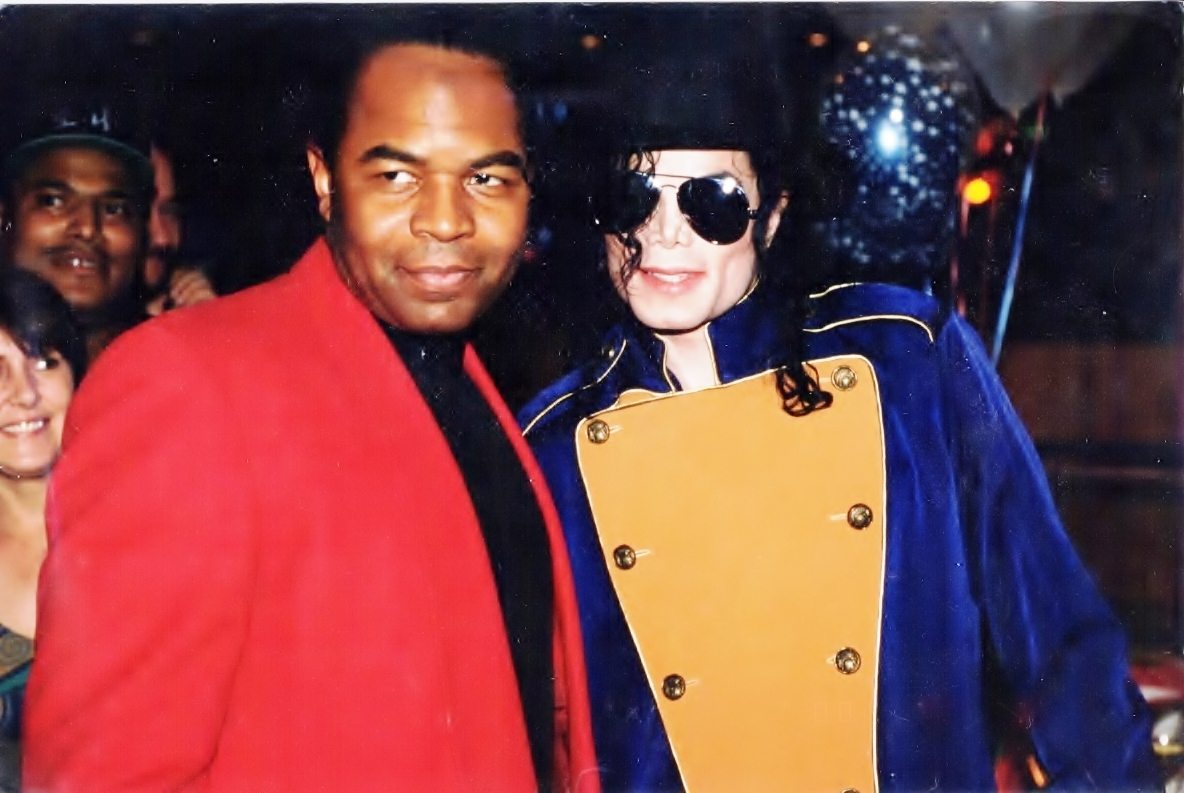 Jonathan Moffett, Michael’s long time drummer and one of the best drummers on this planet has a special message with personal sentiments that he would love to share with all MJ Fans for Michael’s Birthday. Michael was Jonathan’s brother in heart and together they were always in sync with the Beat. He misses that enormously!

Here is his beautiful tribute message to his friend:
“Born into the world ‘This’ given day, a leader, a crusader who’ll grow to learn the ways of love and loving, and the caring for others in and amongst this human race of man.
Anointed with the gifts of his talents as his weapons of Peace and Love, and the spiritual persona to unify the world of separate Nations into a Nation Of ONE under his banners of love, peace, caring through philanthropy, in fighting the fight against hate, hatred, indifference, prejudice, racism, religious belief differences, starvation, under privileged struggles, the impoverished, sickness and Illness, Illiteracy, homelessness, and the warfare against death, by enabling and addressing the needs of hospitals globally, in order to save many lives!.
Like the Great Leaders throughout history who came and went before him, he raged and waged these battles and built “An Army Of Love” and togetherness, that still exists today, six years to date!  A unified force that has spread all across the Globe and around the world, to most nation’s shores with the cries of “Michael”, . . “Michael”, . . “We Love You!” For these are the people of all Nations who believe in his messages. They believe in his teachings through his music with  messages of Love and Faith!
His personal demonstrations of caring, giving, sharing, helping, aiding and assisting, his teachings of togetherness, healing, self reflection  for the betterment of one’s self, as an instrument of and for the benefit of the whole of man and his given kind, and most of all the lessons of harmony and unison, as was done, shown and reflected within his speeches to the masses without worry or fear, shame or embarrassment! Therein, here lies a man, a boy child inside, of God’s appointment, whose work has been done and finished here on Earth! His shift is over and he has returned home from where he came and now again belongs,…..In Heaven.
I thank God for sending and loaning us “A Light” to light the world in the ways.  A Shining Star, an Illuminar, the ‘Good Son,’ the ‘Enlightening’ ONE”!!!  Michael Joseph Jackson was Love’s Crusader. “
Jhon Dillon Moffett/Jonathan Moffett
‘His’ “Sugarfoot”
May the dance of his life last forever, and shall never end the ‘Dance Eternal.’
Source: Paula Katsikas & MJWN, with special thanks to Jonathan Moffett
Share this