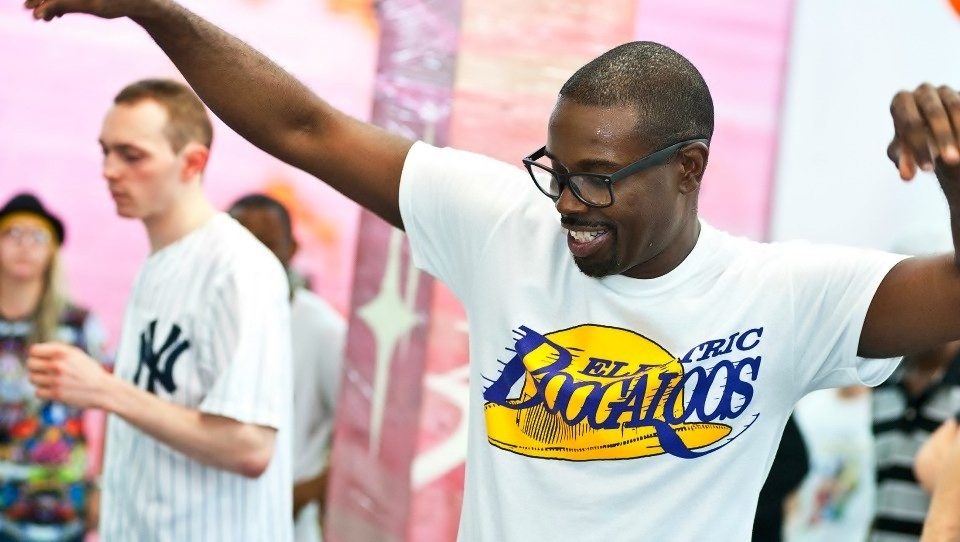 Popin’ Pete (Electric Boogloos, USA), one of the stars of Michael’s ‘Thriller’ short film is bringing his Pop Shop to the UK. This will be a great opportunity for Michael Jackson fans to meet and learn from the man who was part of the most famous and ground breaking videos of all time.

Popin’ Pete’s Pop Shop is all about having fun as a community, learning and sharing love of music and dance.

Here is a video of Popin’ Pete visiting the Pembury Youth Centre. Like they were to Michael, the youth are important to what Pete does.

This year the event is doing Street Impact lead-in events in Plymouth with Street Factory Studios and in Leeds with Speak to the Streets. They are also working with Unite the Scene in Nottingham.

This unique dance experience with Popin’ Pete, one of the most respected pioneers of the popping dance style includes workshops, daily open practice, DJs, graffiti murals plus a youth takeover event, Petite Poppers for the kids, talks and Soul Train inspired parties. All ages are welcome and a range of tickets are available, starting from £3.

Alongside Popinʼ Pete are some of the top British Hip Hop artists. DJ Biznizz (Tha  En4cers/Live2Break Crew) has represented British Hip Hop since the early ʻ80s and is at the forefront of Hip Hop culture and music production. Graffiti artist Mr Dane (Vop Stars) is behind all the artwork and design for the Pop Shop. He will be creating a series of life-sized murals transforming the venue into a vibrant creative location. Poppers
Dickson Mbi (Fiya House Crew) and Vicky ʻSkytilzʼ Mantey (Boy Blue Entertainment) will be dancing up a storm alongside Pete himself.

Source: Scanners Inc & MJWN with special thanks to Brian Gillespie