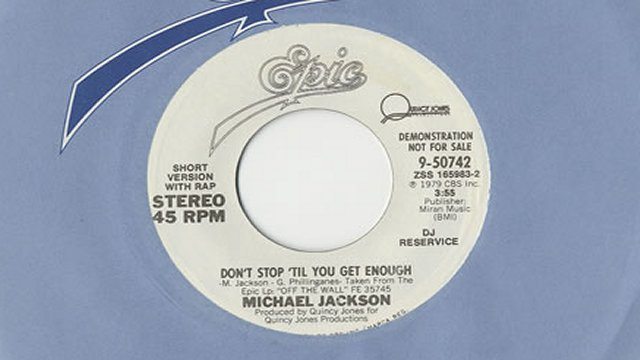 Michael Jackson’s 1979 classic hit “Don’t Stop ‘Til You Get Enough” has been mashed up with Bollywood hit track “Chaiyya Chaiyya,” which was featured in the 1998 film ‘Dil Se,’ starring Shah Rukh Khan.

The resulting video has gone viral, not only garnering more than 430,000 views in its first four days but also impressing Khan, who tweeted the link to the YouTube video to his 13 million-plus followers.

“Chaiyya Chaiyya” was composed by Oscar- and Grammy-winning composer A. R. Rahman (Slumdog Millionaire). The track was featured in a sequence in ‘Dil Se’ featuring Khan and a troupe led by actress Malaika Arora Khan dancing atop a moving train. “Chaiyya Chaiyya” also crossed over to Hollywood when it was used in the opening and closing credits of Spike Lee’s 2006 film ‘Inside Man’ with Denzel Washington.

The Jackson mash up project came about after American artists Kurt Hugo-Schneider, Sam Tsui, Shankar Tucker and Indian vocalist Vidya Lyer met up at the second YouTube Fan Fest in Mumbai in March.

Hugo-Schneider’s popular YouTube channel features his productions for various artists, including vocalist Tsui. One of their earlier popular videos features a medley of Jackson songs rendered by Tsui, whose vocal style is similar to the King of Pop. Tucker is a clarinettist and music composer known for his online music series ‘The Shruti Box,’ which fuses jazz with Indian music. His collaborations with various artists include Lyer.

Last year, another Jackson track was given an Indian twist. Timed with the Indian release of Jackson’s posthumous album ‘Xscape,’ the first track of the album, the Jackson-Justin Timberlake collaboration “Love Never Felt So Good,” was reworked by the Bombay Flip Project, an ensemble of four young artists. The cover version included English lyrics interspersed with Hindi vocals, peppered with the sounds of the traditional Indian tabla.

Watch the “Chaiyya Chaiyya/Don’t Stop ‘Til You Get Enough” mash up video below:
https://www.youtube.com/watch?v=yHA9lxVhNdo

Watch Michael’s “Don’t Stop ‘Til You Get Enough” here:
https://www.youtube.com/watch?v=yURRmWtbTbo