Meet The Mystery Man Who Rapped ‘Black or White’ 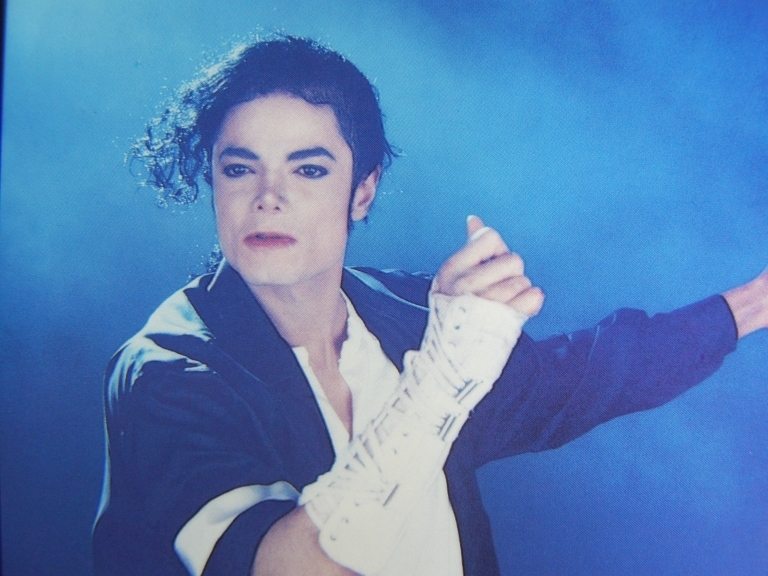 A couple of years ago, I heard the song ‘Black or White’ by Michael Jackson on the radio in my car. When it got to the rap (” See, it’s not about races, just places, faces, where your blood comes from is where your space is, etc…”) I realized that I had no idea who had done the rapping on the song. After googling, I saw that it was credited to someone called L.T.B. who, according to what I could see online, had done nothing before or since dropping that verse.

A friend of mine who I mentioned this to emailed the producer of the song, Bill Bottrell, who is also credited with writing the lyrics to the rap, and asked him for more info on L.T.B.

Bottrell responded the same day and provided a Gmail address that he said belonged to L.T.B. I sent a message to the address asking for an interview, but never received a response.

The mystery of L.T.B. sat in the back of my brain for the next couple of years, rearing its head whenever I heard the song. Each time it crossed my path, I would take to the internet again to try and figure out who the mystery rapper was, but was never able to find anything. Despite the fact that he had rapped on a song that was number one in over 20 countries, with a music video that broke records by being watched by 500 million people on its initial broadcast in 1991, L.T.B.’s internet presence is limited to personnel lists for ‘Black or White’ and unresolved Yahoo Answers threads asking who he is.

Then, last week, after hearing the song again, I thought **** **, and decided to try hitting up Bottrell again to ask if he’d talk to me about the rap. “I can do that,” he emailed back. “It’s not a long story.”

When I spoke to Bottrell on the phone the next day, he admitted that he was the one who had actually performed the rap, using the name L.T.B. as a pseudonym. He explained that, when my friend had emailed him, he had given us another email address of his with the intention of pretending to be another person named L.T.B. to **** with us. “I was gonna do a ruse,” he explained, but had backed out when he realized it would most likely fail. “I think there are a lot of people who already know and the joke wouldn’t have worked so well,” he said.

The video for “Black or White.” The rap, as lip-synced by Macaulay Culkin, comes in around 4:35.

The story of how Bottrell became, in a way, one of the most popular rappers of the 90s started because ‘Black or White,’ a song he had co-written and was producing with Jackson, had a big hole in the middle. “After the first few days of working on it, we really had the core of the song, the verses, the chorus, and Michael sang it really early on,” he told me. “All we had was this big gaping middle section, that sort of just sat that was and on our minds for many months.”

The idea for the rap popped into Bottrell’s head one morning while he was at home, with lyrics inspired by the themes Jackson had covered in his parts of the song. Bottrell recorded a version of the rap which he intended to serve as a temporary filler and played it to Jackson. “He just loved it,” Botrell told me.

Bottrell’s initial plan with the rap was to get an actual rapper to record over his part, and suggested to Jackson that they use LL Cool J or Heavy D, who were both in the studio working on other tracks for the album.

Jackson, however, insisted that they use Bottrell’s recording, something the producer told me he wasn’t entirely comfortable with. “I’m, you know, a songwriter and record producer,” he said. “I’m not a rapper, and I did not intend to be a white guy who’s rapping on there.”

But Jackson insisted—possibly, Bottrell thinks, because he’s white and not a rapper. “The fact that I’m white and I did that rap kind of speaks to the content of the song. So in his mind, it all came together.”

So Bottrell agreed, but, still not entirely comfortable with it, decided he wanted to use a pseudonym. He went with L.T.B. as a reference to the show Leave It to Beaver. “It’s a white suburban kid, I’m making fun of myself,” he said.

Jackson’s faith in his rapping turned out to be well-placed. After the song sold millions of copies and spent seven weeks at the top of the US charts, Bottrell says his manager started getting calls asking L.T.B. to do a full album.

Though I’ve been confounded by the mystery of the rapping on “Black or White” for years, Bottrell told me that he has, in fact, publicly revealed that he is L.T.B. before. That was in a 2001 interview with Sound on Sound, a publication that describes itself as the “world’s premier music recording technology magazine.” But, Bottrell said, the revelation flew under the radar due to the technical nature of the publication. (Sample quote: “I just hooked up a Kramer American guitar to a Mesa Boogie amp, miked it with a Beyer M160, and got that gritty sound as I played to his singing.”)

I’m no music expert, but I can’t think of an earlier example of a huge pop star having a rapper come into their song for a guest verse about two-thirds of the way through the track (something that has become pretty ubiquitous today, on everything from Rihanna’s “Umbrella” to Justin Bieber’s “Beauty and a Beat”). I asked Bottrell if he had been the first person to do this, and he said, though he had never really thought about it before, he couldn’t think of a song where someone had done this before him.

He also explained that, when the song had first been released, he had to make an edited version with the rap cut out because mainstream radio stations had no-rap policies and wouldn’t play the song otherwise. “I believe this record might have opened some doors,” he explained. “It’s always a process, right? I think it changed over the next two years, very quickly.”

When I suggested that this might mean that Bottrell might be, without realizing it, one of the most influential rappers of all time, he cut me off with a laugh. “Stop.” he said. “No. Don’t even go there.”