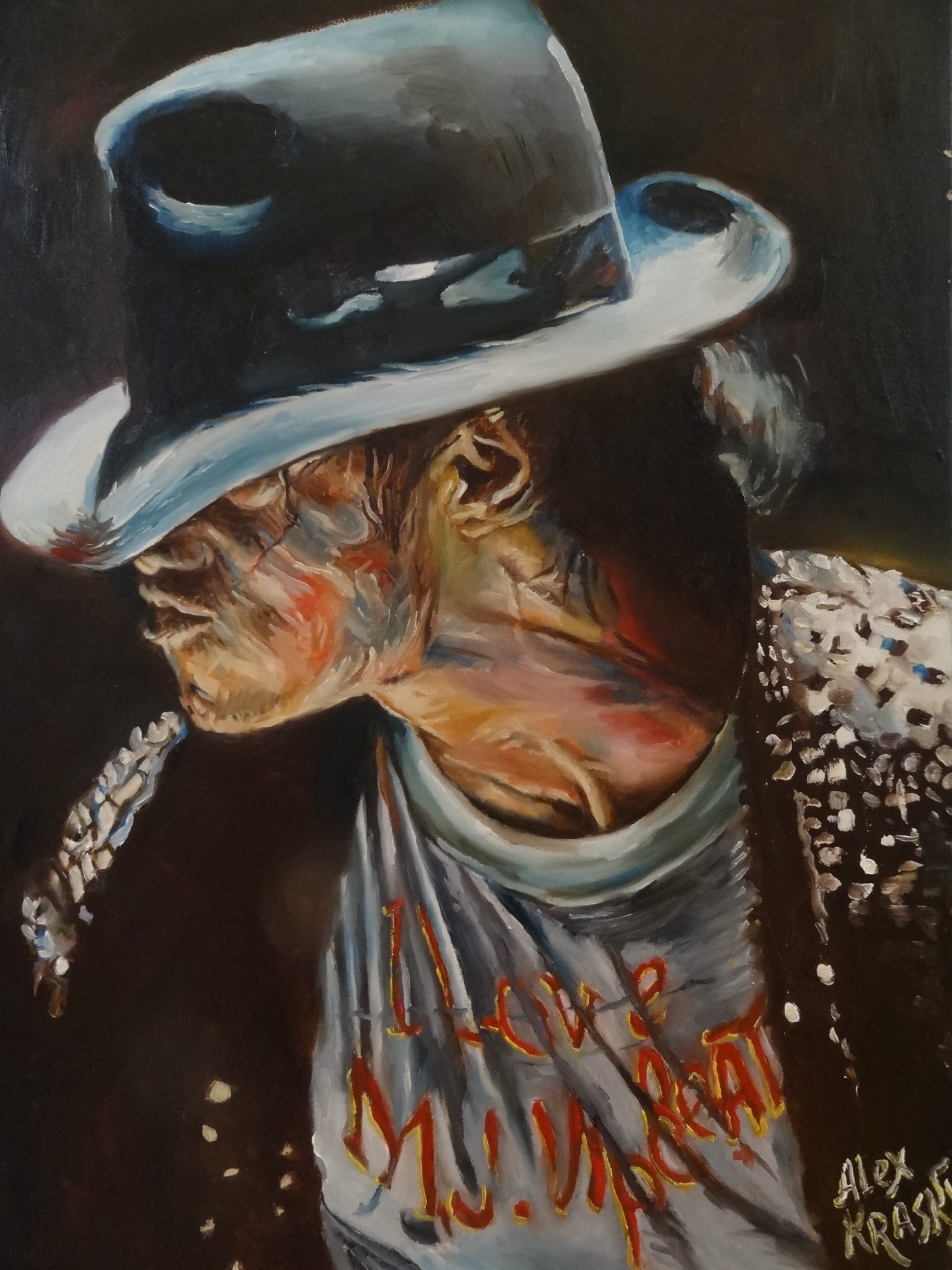 Russian born Artist Alex Krasky, now living in Las Vegas, America, talks about his Michael Jackson Art and what it means to him. He shares his story, talent and his amazing paintings with MJWN and Michael’s fans.

Born to a military family in Russia with both parents serving as physicians in the former Russian military, his father a surgeon and his mother a paediatrician, Alex was to take a whole different direction in life. His love affair with art started at the age of 5 by drawing in pencil. However due to the constant relocations related to his parent’s work, he didn’t pursue his artistic ability further at that time.

In 1997 he left the now Ukraine, and began his journey to the United States. Once he settled in his new country he drew sporadically whenever he had time after work. However, it wasn’t until April 2009, with a little push from family, that he took four oil painting classes with Ms Jan Bennett, and hence started painting with oil. That was the first time he actually held a brush in his hands he recalls and his brushes have never been short of paint since then.

Unique and beautifully detailed, his paintings capture the spirit of Michael and bring him to life with oil and canvas. He seems to leave no place on the canvas untouched as his brush uses colour to slowly transform a blank background to the vivid and powerful images of Michael. His passion for the Greatest Entertainer that ever was is clearly evident in his Art Work.

Since he began painting, his Art work has been shown on various television channels and displayed in several places. They have now found their way to the Jackson Family which is with whom Alex had always wanted them to end up with, since Michael is no longer here to accept them himself. It just felt right for him and his wish recently came true.

In a couple of videos where Alex shares his heartfelt words with us, he speaks of how he use to watch Michael on TV and of how the strength that Michael had inside of him, the strength to succeed and follow his dreams was what really inspired him and made him want to leave his homeland and go live in the United States. He says,

“I found something that I was good at and decided to do the same thing as Michael did by following my dream, but just in a different path. Again it’s all about creativity. He had it in making songs, singing songs and in dancing, in moves, and I decided my whole creative path was in brush strokes.”

Alex relays how he sees Michael as his inspiration because his art started from Michael Jackson.

“5 to 6 years ago I didn’t know how to hold a brush in my hands,” he states. He remembers his first painting that he ever did. It was of a woman, a profile of a woman. “But it wasn’t that good, but then my teacher told me, ‘you need to paint something that inspires you, that makes your heart beat faster, that makes you feel passion,’ and I decided to draw Michael right away,” he adds.

He continues saying that he thinks in photos Michael loses some of his light, he loses life, but when he’s done in oil, he’s brought to life. He mentions how in general the best art he has ever done in his entire Art career was definitely portraits of Michael.

When you look at Alex’s paintings, his love for the King of Pop shouts out at you and his incredible talent speaks for itself!

“When I start painting him, he’s never gone, he’s here with me!” – Alex Krasky.

Source: Paula Katsikas & MJWN, with special thanks to Alex Krasky.