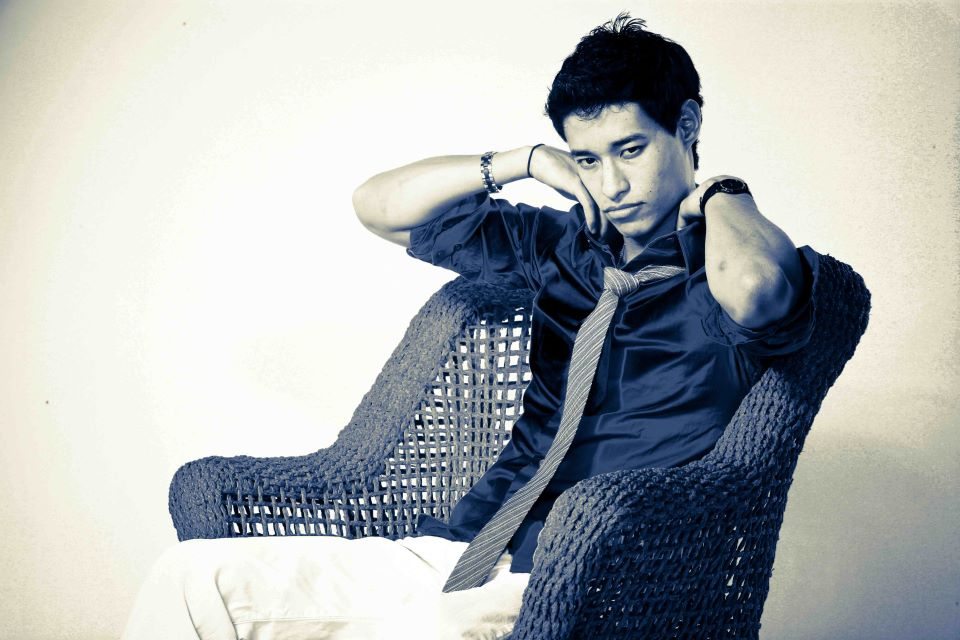 The MichaelJacksonMoon website interviewed Tony Succar, the Producer/Multi-instrumentalist/Arranger of the Latin influenced album ‘Unity,’ which is due for release on April 14th this year.

Michael Jackson has a lot of fans, there is no doubt about this.

In the Latin music scene, he is no stranger too, thanks to musican Tony Succar, a big Michael Jackson fan and the music of MJ is mixed with a great latin touch. On the album ‘Unity,’ Tony managed to combine MJ’s music with salsa and latin influences. He managed to produce a whole album and many famous artists from the latin scene worked on it; Tito Nieves and La India to name a few.

The MichaelJacksonmoon website got a great chance to have an exclusive interview with musican and very talented Tony Succar. The interview is made and done by Tirza Joemman, the lady behind the MJmoon.com website.

Tirza Joemman: There are many MJ fans who started projects after MJ’s death, but Tony Succar seems to understand the message of Michael Jackson and that is peace and harmony. I am truly impressed by Tony’s talent and humbleness and therefore he deserves an interview on the MJ moon website!

TJ: What plays on your iPod?

TS: I have about 20,000 songs in my ipod right now… and shuffle its always on, so I’m constantly listening to so many different styles of music. Starting with tropical latin, to jazz, to classical, to funk, rock, and soul… And music from all the decades, I always enjoy listening to traditional music, the pioneers, old school… it helps me understand more in depth where certain influences in modern music comes from.

TJ: What is the coolest thing you learned from working with music?

TS: Coolest thing I’ve ever learned in the world of music is when I finally learned how to orchestrate and arrange music. Being able to have a orchestra as your instrument is the best feeling ever. Writing a bunch of notes on a piece of paper and then listening to it back, and then watching people dance to it… very very awesome feeling! There’s so many possibilities, actually infinite, you get to choose the combination of instruments, when what instrument plays what… how loud, how soft, it’s truly a gift from God.

TJ: What does MJ mean to you?

TS: Michael Jackson created the soundtrack of my life. There was not one song from Michael that did not penetrate my soul. His vocal abilities, the perfection in his music, his inspiring compositions, the emotion behind his performance, his dancing skills, his energy on stage, everything about Michael was always to the top of its potential. That’s something that I was always blew me away, how just one person could do so much, and could it so perfectly.

Michael really sacrificed his life for the art of music; he put endless amounts of hard work and dedication to deliver to the world something that is beyond extraordinary.

I strive and work extremely hard to deliver always musical experiences that are above and beyond. Of course, I’m no where near the level of Michael Jackson, but I try to follow his footsteps. Michael loved his fans, he truly did, and always gave them the best of him… I want to do the same.

I can go for days, weeks, months, talking about how I admire his music. I can also go on about how I admire the Jacksons and all the geniuses who worked with them: the musicians, producers, Quincy Jones, Bruce Swedien, Seidah Garrett, and more. But there’s one thing I need to highlight right now: the immense impact that Michael’s messages had on my life. His odes to love, respect, reflection, earth consciousness, and unity inspired me, changing my life forever. The legacy Michael has left us is one I cherish, embrace, and intend to mirror for as long as I live.

TJ: Latin & Michael Jackson, what is the power of this combination?

TS: I came up with the concept over two years ago. It was a series of events that lead me on to creating this project. When Michael passed away three years ago, just many MJ fans around the world, I sat in disbelief, dumbfounded, experiencing one of the saddest moments in my life. A couple of months after his passing, I felt an unquenchable urge to pay homage to Michael’s legacy. I had no idea what I was going to do, or how I was going to do it; I simply knew I needed to follow my heart. Happens to be that in October of 2009 I got a call from an agent that hires my band, his name is Randy Singer, wanted to put together a Halloween party for a local club on South Beach. He had the idea of making a THRILLER theme costume party, everyone looking like zombies and all… Make a long story short, the band I had at the time was a strict salsa band, we played some other styles, but very few, mainly salsa. Randy wanted to me to perform THRILLER for that night… so I went ahead and got the idea of making a salsa arrangement to THRILLER so we can perform it live. When I sat down and wrote that arrangement, performed it, and saw how much the people went crazy for it… that’s when it all began…

I finally discovered what I could do for Michael, his legacy, his music, and his messages. My goal with paying tribute was to embody Michael’s essence by focusing this Tribute on his message of UNITY. UNITY is something that I saw in his lyrics, his music, in his dance, and his way of being. He always looked out to unite people, unite cultures, and unite talent. I wanted to expand on his message by interpreting his music in a new way; in a way where I express myself fully, because expression is in my Latin DNA. This way it would result into something new, hoping that I could continue the legacy and show the world how he influenced me and how important he still is to all of us.

TJ: Who is Tony Succar?

TS: Born into a family of talented musicians in Lima, Peru on May 18, 1986, Tony Succar’s very DNA must be imbued with cadence and rhythm. The Succar family moved to Miami, Florida when Tony was just two; at the ripe old age of 13, Tony’s own music career began. He says, “I was privileged to be brought up in a family of musicians: I couldn’t be more grateful.” Succar’s music education began on piano then segued to percussion. He earned his Bachelor of Arts degree in Jazz Performance from Florida International University in 2008 and his Master’s degree in 2010. This year Succar became the youngest Artist-in-Residence FIU has ever had.

Succar has worked with artists Arturo Sandoval, Néstor Torres, Ed Calle, Tito Nieves, La India, Obie Bermudez, Jennifer Peña, and Tito Puente Jr., among others. Growing up in Miami—a multi-cultural “Melting Pot”—molded him into a versatile musician, prompting him to make the most of his prodigious talent.

President of his own record label, Mixtura Productions, Tony Succar is well-versed in a number of professional roles: bandleader, percussionist, musician, producer, composer, and arranger. He is currently endorsed by Gon Bops, a top percussion brand. Whether in a timbales solo, an orchestration, or an explosive groove, Succar’s sound is gripping and distinctive and accommodates the energies and interests of musicians and dancers. Notably, at every performance, Tony focuses on the integrity of his music.

Succar’s compositions emphasize combinations of syncopation, harmonic curiosity, rhythmic uniformity, and tasteful melodies. With his unique arrangements and personal charisma, Succar breaks the mold to create enticing masterpieces for all. Tony’s debut album (CD/DVD) “Live at the Wertheim Performing Arts Center” is a prime example. The album received excellent reviews from mainstream media, including this one: “An exciting fusion of South America, Cuba, Jazz and South Beach flavor from an up-and-coming artist who will almost certainly be heard from more in the future.” – Jazz Chicago Reviews.

Assembling an exceptional production team and featured artists, Tony Succar has created The UNITY Project, a unique endeavor aimed at the minds, ears and hearts of a global audience. Pop legend Michael Jackson’s music and life philosophies heavily influenced Tony as a youngster and teenager, truly igniting his musical ideas and passion. The UNITY Project is the result: an innovative sound that interconnects elements of American Pop, Jazz, Tropical, and World Music with the enduring foundations of the King of Pop. The UNITY album will explode beyond mainstream media to appeal indefinitely to markets around the world.

TJ: Tell us about the band..(how did it all get started, the members of the band etc)

TS: The Unity Band is basically my original Mixtura Band but with reinforcements! It’s a 49 piece orchestra! And all the members are dear friends of mine who all share the same passion for music! We are here to show the world how much Michael still means to all of us!

TJ: What are the plans regarding touring?

TS: We defiantly have plans to go all over the world with this project! We know that the world will embrace this in a LIVE setting ! there’s nothing like LIVE MUSIC! J right now we are still releasing the album, so it’ll be sometime till we plan the tour… but for sure touring is on our priority list!

TJ: Michael’s main message was spreading peace arround the world, how do you contribute to this message?

TS: That’s what this project is about! UNITY! I want to continue the legacy because I truly believe in it with all of my heart. I believe this is what Michael ever wanted, for all of us to Unite and live in harmony… with no war, no racism, no hate… that’s why all of his songs contained these positive messages of love, earth consciousness, reflection, etc… Again, Team Unity and I are here to continue the legacy and keep reminding the world how important Michael still is to all of us!

TJ: Your favourite MJ song and why?

TS: My favorite MJ song .. wow… everytime this question comes up, it’s impossible to answer! There are just too many masterpieces to choose from. If there is one song that always stands out and will never cease amaze me is Earth Song. The message, the melody, the orchestration, performance, mix, everything… truly amazing. So powerful.