The Making Of The ‘Billie Jean’ Video 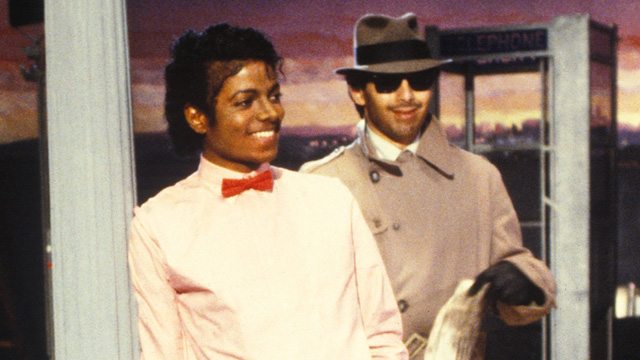 The director for Michael Jackson’s 1983 ‘Billie Jean’ video, Steve Barron, has released a book about his work during the 1980s called ‘Egg n Chips & Billie Jean: a Trip Through the Eighties’. Below are extracts about his work on Michael’s classic short film and what it was like to work with the King of Pop.

THE OFFER
‘By this stage [1982], I had done 15-20 music videos, including the one that was number one in the UK at the time: The Human League’s Don’t You Want Me. Michael Jackson’s name wasn’t on everyone’s lips. Remember that this is a few months before Thriller came out. There was, of course, a magic in Michael Jackson ringing you up, but in a way I was more excited about Human League. My wife was really pregnant with my first child at the time and my initial reaction was, ‘Oh, I don’t think I’m going to be able to do that.’ It wasn’t a case of, ‘we’ve got to do that.’ It was my wife who persuaded me.’

THE BRIEF
‘Michael Jackson’s manager said that Michael wanted the video to be magical, that he’d [Michael] seen Don’t You Want Me, and he liked the cinematic look and that whole vibe. Michael wanted this to be a piece of a film, as opposed to a music video with a story.’

THE BUDGET
‘$50,000. It was double the budget that I’d ever been asked to work with before. To put that in perspective, though, when Beat It was shot five weeks later, the budget was $300,000. And when they shot Thriller, it was $2 million. So, in the space of three months, the Billie Jean budget had become minute.’

THE INSPIRATION
‘I’d come up with the idea [for Billie Jean] based on an idea that I’d had for a previous video for Joan Armatrading: the Midas Touch thing. So the plan was that everywhere Michael went, everything would glow and turn to gold in the light. I wrote the concept down in a fax and we faxed Michael this page and a half of content and they said, ‘Michael really likes it, he really wants it to feel like a Peter Pan thing’. So, it was a case of, ‘yes, you’re on, come and do it, we like the concept.”

MEETING MICHAEL
‘He was sweet, super quiet, super soft, and really inquisitive about the plans for the video and then later, he wanted to know more about me.’

BEFORE THE SHOOT
‘I’d got a really good friend of mine to do the storyboards, and I sat down with Michael and showed him the frames and there were two blank frames in the chorus because the manager had said that he might be doing some dancing. He explained that Michael had been practising in front of the mirror.

I talked Michael through the idea of this private eye following him, which was loosely based on what he had told me was the basic concept for the song – something he’d read in a newspaper about a private detective.’

MICHAEL’S MOMENT OF GENIUS
‘So, we ran through it with him, scene by scene. And when it came to the scene with the camera store, with the cameras all firing off, triggering his energy, triggering the Midas Touch again, Michael said he had this idea. ‘What about if one of the other stores in the street is a tailor shop with some mannequins in the window. When I go past it, before or after the camera store, how about the mannequins come to life, and they jump out behind me and they dance with me?’ I absolutely loved it, I thought it was an amazing concept, it enhanced everything. It was right on concept, right on story and just a genius idea.

After that meeting I got onto my producer and said, ‘Michael has come up with a great idea. We need to change that store, the third one along or whatever, we need to get some mannequins in, get some dancers in, do rehearsals. We need to get a choreographer, a costume designer, and I need a couple of hours more to shoot this in a certain way, because this will be after the first dance.’

My producer worked out that this would cost $5,000 dollars more and CBS [Michael Jackson’s record label] said no. They said, ‘No, we’re not paying you a penny more, we’ve told you, you’ve got $50,000 dollars and that’s it.”

A LUCKY BREAK
‘I presumed someone would tell Michael that we couldn’t afford his idea. I suppose half of me was hoping that he’d say, ‘I’ll pay for it’, but he didn’t. I got a phonecall on the Friday night – I was asleep, so it was one of those ‘where am I’ moments – and it was Michael on the phone, which was odd because he didn’t strike me as someone who’d make his own phone calls. And he was like, ‘Hey Steve, I’ve been thinking that we shouldn’t do the dancing in the video tomorrow’. I thought, ‘I won’t blow it. He’s cancelled, so what’s the point in telling him about the budget when he’s realised that he doesn’t want to do it anyway?’

I understand why he didn’t do it, creatively, because I think at that point, he was thinking about Beat It and he was thinking about Thriller. To not do that good idea was disappointing, it’s like the missing scene that I’d have loved to have actually shot. I think it would have made the video better.’

THE DANCE
‘I’d been told the day before that the paving stones wouldn’t all light up, that Michael couldn’t go wherever he wanted to go. There were 11 that lit up and they were all in a hop skotch pattern that they’d had to randomly decide over night. I had to say, ‘Michael I’m sorry, but there’s this stone that lights up, and then these two do, and then these two, and then that one does.’

Having not seen any rehearsal or anything, I was guessing at what he was going to do. I think he had been practising some moves, but how we was going to string them together was going to be a mystery. He looked at it all very carefully and looked at what I’d talked him through and then I said, ‘Michael, shall we just do a few rehearsals,’ and he said, ‘can we just shoot it?’

As the chorus approached, he started moving his leg a little bit more and then the chorus hit and he sprung into this dance that was unlike anything I’d ever seen. It was just extraordinary, instinctive. He pulled it all together and turned it into what we saw. I heated up, I definitely heated up off the energy that he was giving off. The camera literally steamed up, the eyepiece steamed up, because of my heat from what I was seeing. He almost disappeared into a mist through the lens, which made it even more like a totally surreal moment.’

THE EDIT
‘I met Michael in Covent Garden, just by Longacre, and it was a post-production facility. I remember we were up most of the night doing it because it was a really quick turnaround, as usual. He happened to be in London so it was perfect timing. I remember him lying on the settee at the back, and at one point he looked at one of the screens and said, ‘I like that shot’, and in fact [he was looking at] a split screen. He thought the three splits were there for him to choose one… I didn’t say anything.’

A VIRAL VIDEO
‘All I remember was that, about two weeks later, I heard that MTV weren’t going to play Bille Jean. They said it’s not their audience. And then I heard, and I’ve heard many stories, that CBS phoned MTV absolutely furious: ‘How can this massive hit pop record, with a massive video, and a great artist not be your audience. Who is your audience?’

They said they represented middle America. I don’t think white or black was ever used. MTV were in their early stage. They didn’t know who they were, didn’t know what they’d become, and they certainly didn’t know that Michael Jackson was going to become MTV. They were fighting against the thing that built them into the empire they became.’