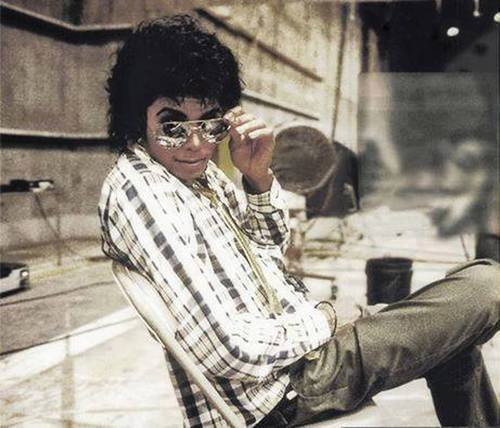 It’s a very rare thing to have one achievement that no one else will ever match. Michael Jackson has a few, with the most concrete being the highest-selling album in U.S. history. ‘Thriller’ is the only album to sell over 29 million copies.

But those aware of Michael’s legacy know that it goes beyond numbers. The youngest of the Jackson 5 grew to be a bona fide star in the ’80s with Prince being his only rival as a pop artist. The run he and producer Quincy Jones had starting with 1979′s ‘Off the Wall’ to 1987′s ‘Bad’ has been written about and praised hundreds of times and will likely continue dozens of more times into the future.

Michael’s fame and place in pop culture is so big that — even though he was a human being like the rest of us — it seemed he would somehow live forever. That’s partly why nearly everyone was shocked at his 2009 passing and still are, years after his prime.

But his music and his history are still here. There are also the stories behind some of his career heights. Check out 25 Facts You Probably Didn’t Know About Michael Jackson below. (Please note: possible facts!)

His favorite animated character is Pinocchio.

Janet Jackson was on an early version of ‘Billie Jean.’

‘Home Alone’ star Macauley Culkin is the godfather of two of Michael’s children.

The original title for the ‘Thriller’ song was ‘Starlight.’

The charitable superstar often wore a black armband to remind people of the suffering of children around the world.

Michael’s ‘Thriller’ video co-star is Ola Ray, a former Playboy model. She only starred in one other music video: George Benson’s ‘Give Me the Night.’

Like many others, CeeLo Green was scared of the ‘Thriller’ video:

Horror movie legend Vincent Prince had an extra rap verse that got cut from the final version of ‘Thriller.’

The ‘Thriller’ video almost wasn’t released because it violated Jehovah’s Witnesses’ rules about occult imagery. Jackson was almost excommunicated because of it. The text that precedes the video references the occult accusations.

‘Scream,’ the Janet and Michael duet, still holds the record for most expensive music video.

Michael allegedly owed the library $1 million in rental fees at one point, even though his estate is worth hundreds of times more than that.

Michael’s Jehovah’s Witness faith required that he travel door-to-door to spread the word. To make this easier, he wore a disguise and a mustache as he made the visits.

The ‘BAD’ album was originally to feature collaborations with the likes of Prince, Whitney Houston, Diana Ross and Barbra Streisand.

Eddie Van Halen, a famed and extremely skilled guitarist, recorded his guitar solo on ‘Beat It’ for free.

He slept in an oxygen tent to live longer and for cosmetic purposes.

Michael invented and owns the patent for the special anti-gravity boots he wore that allowed him to lean forward extremely far in live performances of ‘Smooth Criminal.’

The lauded singer visited his hometown of Gary, Ind., that led to this hilarious recollection by Freddie Gibbs.

He borrowed the Moonwalk from street dancers he saw outside of his hotel.

‘Blood on the Dance Floor’ was dedicated to Sir Elton John.

He was given a royal title by villagers in Gabon, Ivory Coast, making him literally a king.

Michael Jackson showcased his acting chops with a role in ‘Men in Black II.’

His estate signed a deal with Sony that gave them access to his unreleased recordings for $250 million.