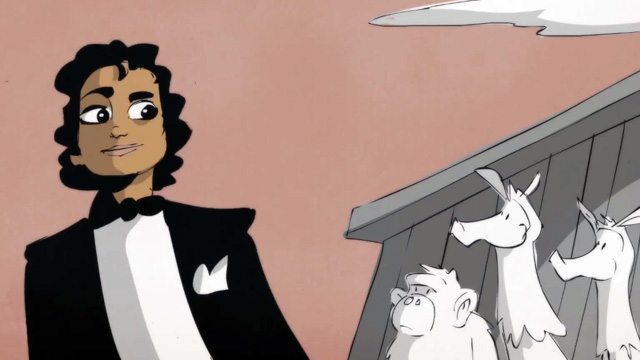 PBS Digital Studios’ Blank on Blank series has taken music journalists’ unheard audiotapes and fused them with clever animation. Now the series has unveiled yet another amazing interview: An intimate conversation with Michael Jackson from January 1980, years before Thriller and his ascension to the King of Pop. In the interview, Michael – and, in a way, his sister Janet – discuss labelling music, perfectionism, meeting Quincy Jones and godliness while chatting with music historian John Pidgeon.

“I do deeply believe in perfection. I’m never satisfied,” a young Michael tells Pidgeon. “I’ll cut a track or something, I’ll come home and I say, ‘No, that’s not right, we got to do it over, it’s not right.’ And then go back and back and back. Then, when it’s finally out, you say, ‘Darn it, I should have done this.’ It’s Number One on the charts, you’re still screaming about what you should have done.”

Michael also speaks out at being labelled – at the time – as a disco artist, saying that all music is music, and genres are like trying to figure out if a beautiful birdcall is courtesy of a blue jay or a crow.

The dynamics of the interview are infamous as Michael gets Pidgeon to direct questions to his sister, a then-13-year-old Janet, who in turn asks her older brother Michael the same question he just heard Pidgeon say aloud. It’s an odd game of “Telephone,” but it’s captured perfectly in this animation.

We also learn from this unearthed interview that Michael needed only one take to record the vocals for ‘Ben,’ his first solo Number One hit form 1972.

It’s an enlightening, candid look at the future King of Pop before fame forced him to become more reclusive.