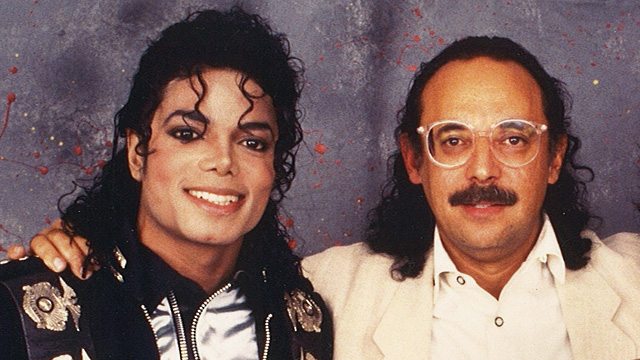 Ron Weisner, a music manager to the stars including Madonna, Paul McCartney and Michael Jackson, has released a tell all book about his time in the music industry called ‘Listen Out Loud.’

He managed Michael from the late seventies to the early eighties, overseeing Michael’s career during ‘The Wiz’, ‘Off The Wall’ and ‘Thriller.’ In the book Weisner talks about how he last spoke to Michael less than 24 hours before his death in June 2009.

‘We remained close to the end. Michael was rehearsing for the London O2 shows in downtown Los Angeles. I went to see him and was shocked at what I saw. He looked like someone who had come from a concentration camp. He was clearly sick, weak and suffering. I said, “Michael, you need to take more care of yourself.” He smiled and said, “I know, Ron, I know. But this show has to be the biggest and the best ever.” ‘Right to the end Michael was a perfectionist. He wanted everything to be as good as it could be, but his body wasn’t up to it. ‘We said our goodbyes and the next day LaToya called me from the hospital and told me he was gone.’

In his new book, Weisner talks about his dealings with Michael’s father, Joe Jackson, and the relationship he witness between Michael and his dad. He described Michael as being like a son to him and said:

‘From the beginning there was something other-worldly about Michael. ‘On stage he was the most talented performer I’ve ever seen. ‘But off stage he was a child, permanently damaged by his abusive father and was always seeking the childhood that had been denied him.

Weisner says that once Michael launched his solo career he became like a surrogate parent to the superstar, accompanying him on trips to Disneyland and pandering to his every whim, including once being dragged out of bed to go to watch Liberace perform.

On another occasion, Weisner was watching Top Of The Pops in his London hotel room when Adam Ant came on. Weisner said; ‘He looked incredible, wearing this military-style uniform. Michael flipped out. I went to a costume shop and bought up dozens of military uniforms and had our costume-maker turn them into stage suits. ‘Later I said to Michael, “Are you going to credit Adam Ant for giving you the inspiration?” but he never did.’
The manager says he witnessed Michael with young boys but never believed he did anything untoward.

‘Was Michael normal? Absolutely not. But did he abuse children? Never. There was an innocence about Michael but also an ignorance. He loved children because they were the only ones who never took advantage of him.’

He also talks about Michael’s drug problems, and intervention he tried to create with LaToya and also Michael’s relationship with Paul McCartney after he bought the Beatles catalogue.

Listen Out Loud is out now!