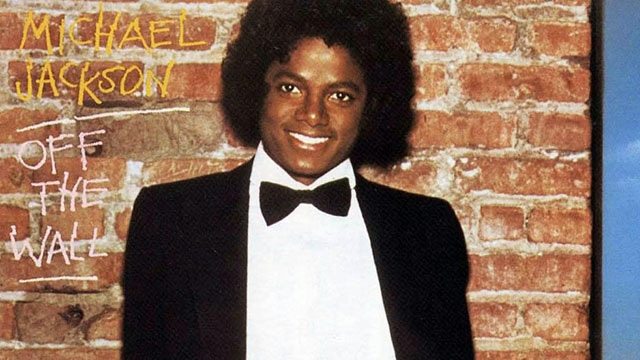 To celebrate the 35th anniversary of Michael’s landmark solo album ‘Off The Wall’, released on 10th August 1979, Billboard have written a short review on the album, with a track by track look at each song:

There comes a time in every young man’s life when he must put on a snug tuxedo and gleaming white socks and go his own way. For Michael Jackson, that time was 35 years ago, on August 10, 1979. It was then, weeks shy of his 21st birthday, that Jackson released Off the Wall, the album that established him as a grown-up solo superstar and set the stage for his coronation as King of Pop.

Off the Wall didn’t sell as well as MJ’s follow-up, 1982’s world-devouring chart beast Thriller, but song for song, it’s arguably the stronger album. Produced by Quincy Jones, who Jackson had befriended on the set of the 1978 Wizard of Oz reboot The Wiz, Off the Wall introduces the Michael many fans would prefer to remember most.

Those aggressive grunts and hiccups hadn’t yet come to dominate his singing. He’s not playing a monster or a gangster or dressing like a Klingon general. Lyrically, he doesn’t take hyper-defensive stances against gossipy critics or those who would abuse the trust of elephants.

Despite all the sadness he’d already experienced, Jackson puts on a brave face. During what he later described as “one of the most difficult periods” of his life, he manages to look and sound like a fresh-faced kid with boundless talent and energy. And that comes across from the opening seconds.

“You know, I was … I was wondering, you know, if you could keep on,” he half-stammers at the start of the leadoff track, “Don’t Stop ‘Til You Get Enough.” It’s like he’s addressing not just some girl, but a whole planet of girls — and guys and housewives and truck drivers and grandmas — he’s about to seduce with music and charisma he barely understands. “Because the force,” he says, “it’s got a lot of power.”

Indeed, the force was strong in MJ. On these 10 disco-funk burners and cottony pop tunes, he’s boyish yet confident, sexy yet naïve — the Luke Skywalker of pop. The first two singles, “Don’t Stop ‘Til You Get Enough” and “Rock With You,” were nightlife anthems, and both topped the Billboard Hot 100. While the album peaked at No. 3, it would be the last time this notorious perfectionist would settle for anything less than No. 1. From here on out, Jackson owned the pop charts.

Read on to get our track-by-track take of this pop masterwork:

Don’t Stop ‘Til You Get Enough
Here’s where little Mikey becomes a man. “Touch me,” he urges, singing self-penned lyrics over music he’s written himself. “And I feel on fire.” Interestingly, Jackson delivers this come-on in a falsetto that’s far from masculine. It’s not exactly feminine, either. As rival Prince would say of himself years later, MJ is neither your woman nor your man; he’s “something that you’ll never understand.” One thing everyone can understand: This song’s irresistible disco-ball shimmer and rhythmic snap. You’ve heard it a million times, and you never get enough.

Rock With You
As with the previous track, the meaning is ambiguous. It’s possible he’s singing about sex, but this is Michael Jackson. If he’s sweating until dawn, he’s probably dancing. As far as grooving goes, this one’s slower and funkier than “Don’t Stop.” Jackson lets his voice go gravelly when he digs into the line, “Just take it slow / ‘cause we got so far to go.” He’s settling into this party he’s throwing, pacing himself to go the distance.

Workin’ Day and Night
The second of three tunes written solely by Jackson, “Workin’ Day and Night” would have been a smash single on any other album. On Off the Wall, it gets relegated to album-cut/ B-side status. Outfitted with bass pops and rattling percussion, which come in toward the end, this one’s a rhythmic monster — certainly not a typical disco-funk track. When Talking Heads cut “Remain In Light” the following year, they may well have had this record in mind. Justin Timberlake has certainly spun it a few times.

Get on the Floor
It’s no surprise that bassist Louis Jordan co-wrote this one. LJ doesn’t quite upstage MJ and his fluttery lover-man vocals, but his poppin’ bassline makes Jackson’s “dance with me” plea rather redundant. This song would make crippled robots dance, and Jackson knows it. He throws in some James Brown-lite grunts just for the funk of it: “Get up, won’t you g’on down!”

Off the Wall
Rod Temperton, the man behind “Rock With You,” penned this, the album’s third of four Top 10 pop hits. It shimmies ahead a bit like “Thriller,” which Temperton would write a few years later, and Jackson gives one of the disc’s most assured vocals. Amid his gasps, he even offers up a proto-“He-hee,” previewing one of his signature vocal ticks of the ‘80s and beyond. Still, this is safe, good-natured, friendly Michael. His message: Life is short; go nuts. You can’t say he didn’t take it to heart.

Girlfriend
Even though Paul McCartney included this tune on the 1978 Wings album London Town, he penned it with Michael in mind. It’s Macca at his doofiest and most tuneful, and the innocence of the lyrics — all about a guy who’s actually going to tell another fellow he’s having a fling with his lady — is perfect for Jackson. It’s supermarket rock with sax and synth sounds that have aged about as well as 1979 milk, but those “do-doot-do” vocals still bring a smile.

She’s Out of My Life
As the story goes, Michael cried at the end of each take, and he certainly sounds like a man on the verge of tears. As on all of his finest ballads, MJ lets his voice quiver at some bizarre frequency he turned into during those years of touring, recording, and trying to cope with the loneliness of being a child star. As he wrote in his 1988 memoir Moonwalk, he wept at the realization he was “so rich in some experiences while being poor in moments of true joy,” and that’s how he turns a relatively unremarkable love song into a showstopper. Everyone knows there’s no “she,” and that’s what makes it so devastating.

I Can’t Help It
Yet another sign Off the Wall is a masterpiece: The tune Stevie Wonder co-wrote is among the ones people talk about the least. True, it’s a pastel-colored twinkle-fest of the sort that would earn Stevie a bad name in the ‘80s, but MJ’s sincerity and effortless vocals shine through. Perhaps because his love songs were never going to be super believable — at least not when taken at face value — he turns pap to pop.

It’s the Falling In Love
Here’s the perfect love song for Michael. It’s all about how the idea of romance, the mystery of thinking about what might be, is better than the real thing. Again, it’s lightly funky and infused with those horns give this record so much of its flavor, and the sing-songy chorus is the sort of thing for which Michael’s voice was made.

Burn This Disco Out
Temperton once again works his magic, and “Off the Wall” ends just as it began, with Michael vowing to keep the party going all night. In a few playful moments, he affects a low bellow and sings, “Keep the boogie alright.” To be continued…