Bodyguards Open Letter To The Fans 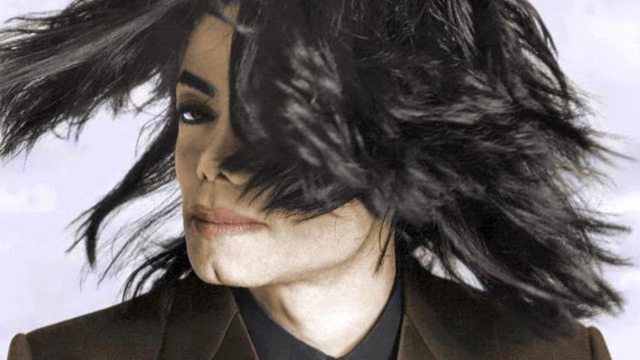 We have received the following open letter to the fans from Bill Whitfield and Javon Beard, the bodyguards behind the new book ‘Remember The Time’, which was released last week:

It has been a week since our new book, Remember the Time: Protecting Michael Jackson in His Final Days, went on sale. Since we hit stores, the response we’ve received from fans has been overwhelmingly positive. But there are a few questions and concerns circulating around that we’d like to address directly.

Fans on Twitter and Facebook have had a lot of questions about why we did the book, how we handled ethical concerns about Mr. Jackson’s privacy, why we didn’t take any money up front for writing the book, and so on. We’ve already addressed most of these in the in-depth Q&As published on the MJJ Community fan site and the Michael and the Truth blog, so we won’t repeat the answers here. What we would like to speak on is the reaction some fans have had based on that’s being said about the book in the tabloid media.

Yes, the tabloids have taken things from the book out of context and blown them up to make Mr. Jackson look “crazy.” Nobody should be surprised about that. And trust us, we’re more upset about it than you are. Our publishers have complained to the newspaper editors, repeatedly. One London tabloid had to be threatened with legal action to stop a story that deliberately distorted our words to the point of being libelous. That one article we were able to kill, but as Mr. Jackson knew all too well, there is only so much you can do to shut the tabloids up. The media will twist and sensationalize. They always do. Which is why we put our story in a book so that fans could go around the media and get the truth firsthand.

Our only motivation in doing this project was to give the world an honest, sincere, and respectful portrait of Mr. Jackson as a man and as a father. Still, some in the fan community have been tweeting and writing us with complaints based on the distortions in the media, not on what’s actually written in the book. The ultimate irony of all of this is that Michael Jackson’s fans are paying attention to what’s being said about Michael Jackson in the tabloids, even though you’re the ones who know that you shouldn’t pay any attention to anything the tabloids say about Michael Jackson.

All we are asking is that you judge the book on its merits, that you judge our motivation and our integrity based on what we have produced. You shouldn’t form a decision based on what the media is saying—and you shouldn’t just listen to us, either. (Obviously, we’re a little biased.) There is only one group you should be paying attention to: the fans who have actually read the book. They know the truth.

We’ve started going through all the fan reviews we’ve received via email, Twitter, Goodreads, and Amazon, and we’ve compiled the best of them on our website for you to peruse. We even reached out to a few of these readers and asked them to submit video testimonials discussing their reactions to the book in greater detail. Three of the videos have been posted so far. More will be go up in the days ahead. They are wonderful and informative to watch.

Right now, as you’ll see, the response from fans has been incredibly supportive. But we do welcome all opinion and thoughtful debate—positive and negative, celebratory and critical—as long as that opinion is based on knowledge about what is actually printed inside the
book. For his entire life, Michael Jackson was plagued by people who rushed to judgement without taking the time to learn the facts and make informed decisions. We don’t need to be doing the same thing to each other.

We don’t expect every person on Earth to love the book or agree with everything we’re doing, and we understand the healthy skepticism that many in the fan community have. You were MJ’s most passionate protectors in life, and you’ve continued that role since his passing. We respect that. All we ask is that you read what other fans have to say, watch their testimonials, and then make up your own mind.

Many thanks and God bless,
Bill Whitfield & Javon Beard