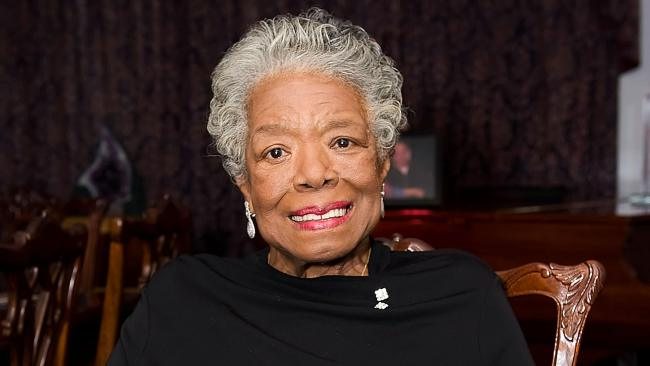 Writer Maya Angelou’s sad passing reminds us of the beautiful poem she wrote about Michael upon his death 5 years ago, called “We Had Him”. Read by Queen Latifah at his Memorial Service in 2009, the poem read:

Beloveds, now we know that we know nothing, now that our bright and shining star can slip away from our fingertips like a puff of summer wind.

Without notice, our dear love can escape our doting embrace.

Sing our songs among the stars and walk our dances across the face of the moon.

In the instant that Michael is gone, we know nothing. No clocks can tell time. No oceans can rush our tides with the abrupt absence of our treasure.

Though we are many, each of us is achingly alone, piercingly alone.

Only when we confess our confusion can we remember that he was a gift to us and we did have him.

He came to us from the creator, trailing creativity in abundance.

Despite the anguish, his life was sheathed in mother love, family love, and survived and did more than that.

He thrived with passion and compassion, humor and style.

We had him whether we know who he was or did not know, he was ours and we were his.

We had him, beautiful, delighting our eyes.

His hat, aslant over his brow, and took a pose on his toes for all of us.

And we laughed and stomped our feet for him.

We were enchanted with his passion because he held nothing.
He gave us all he had been given.

Today in Tokyo, beneath the Eiffel Tower, in Ghana’s Black Star Square.

We are missing Michael.

But we do know we had him, and we are the world.